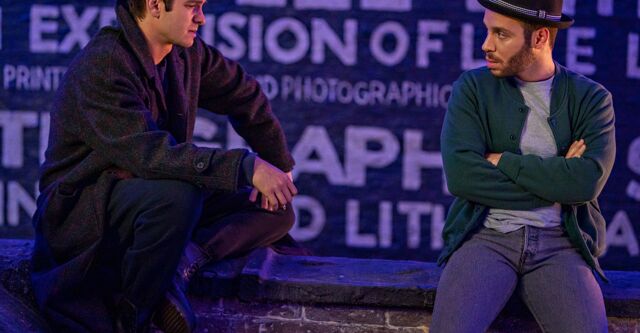 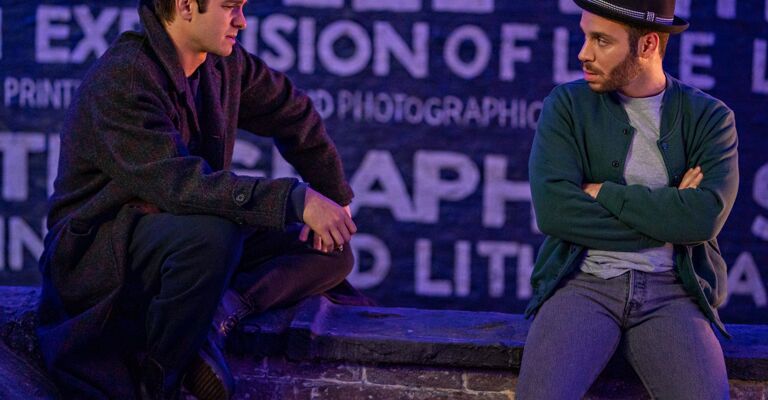 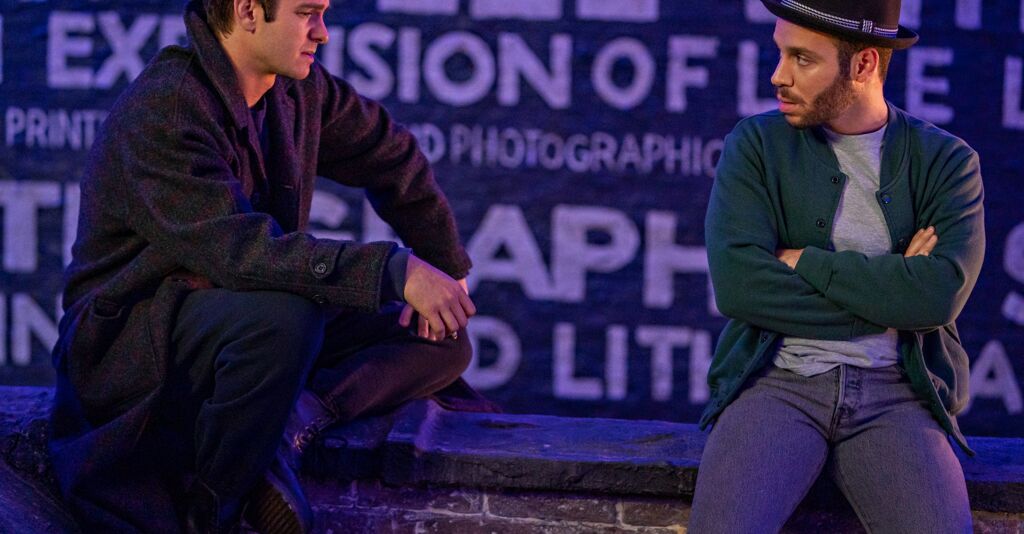 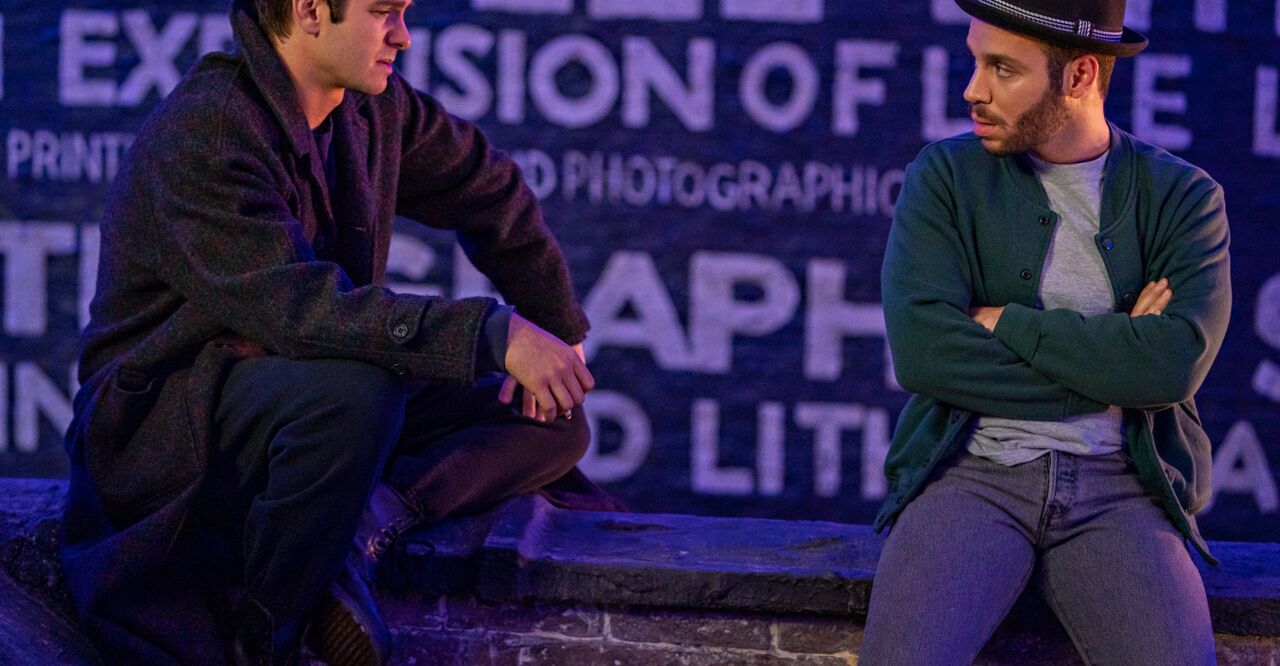 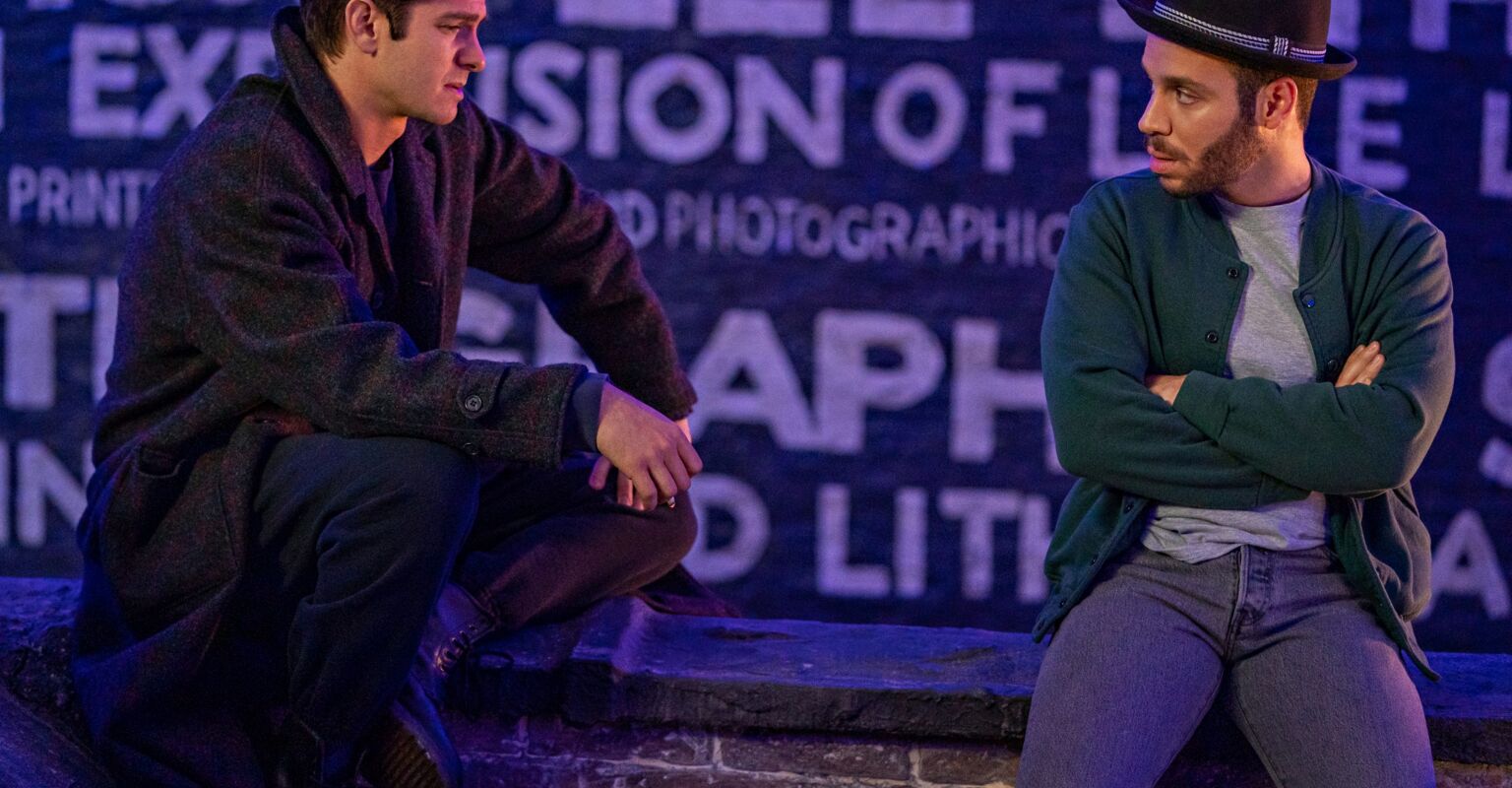 A Broadway treasure who’s been Tony-nominated no fewer than three times (for In The Heights, La Cage aux Folles and The Boys in the Band), the openly-gay Robin de Jesús got to repeat his Boys role as the flamboyant and vulnerable Emory in the 2020 Netflix version of the crackling Mart Crowley play.

He’s now back on Netflix in the acclaimed, Lin-Manuel Miranda-directed movie version of tick, tick…BOOM!, an expanded version of the late Jonathan Larson’s semi-autobiographical musical, set in 1990s NYC.

de Jesús scores as Michael, the longtime best friend of up-and-coming composer Jonathan (Andrew Garfield), though the two have made wildly distinctive life choices. Michael left the often humiliating uncertainty of acting to grab financial success in the field of advertising, and he relishes all the accouterments he’s achieved, considering the fact that he can’t get married, plus people around him are dying of AIDS in droves.

de Jesús is “an absolute scene-stealer” in the role, says Entertainment Weekly and many other critics.

I talked to the actor about his own trajectory.

It wasn’t. It’s based on a real-life person. I won’t say his name. I’ve got to ask him if he wants his name said. Michael was a white man when David Auburn wrote the stage adaptation. Michael has also been black and Filipino [in various productions]. There’s something different about him being a Latino, because you’re investing yourself into a history that’s been erased.

His ethnicity adds to the character’s oppression, which reminds me of your Boys in the Band character, Emory. In certain ways, your playing that part made us better understand what he was going through.

I’ve been thinking about this a lot and realize you’re the perfect person to have this conversation with. One of the things that keeps coming up for me is I want to dedicate my career specifically to predominantly queer roles. I think about straight male actors, and they have their careers and are successful not having played a gay role. But for a gay actor, no one thinks you’re legit talented unless you make us forget [your sexuality] and we can see you as a straight character. Something about that feels like a double standard. I understand the argument they think they’re coming up with, but that’s not the argument. If it’s not coming up in the inverse, why is the question coming up, outside of discrimination? There’s so much to us. We’re far from the period when you could describe a character as “gay” and it was only one thing.

“There’s something different about [Michael] being Latino, because you’re investing yourself into a history that’s been erased.”

I’m totally behind you on this. But might you still occasionally play a straight character?

Were you cast because of your relationship with Lin-Manuel Miranda?

No, and that is even cooler. Thank you for being that direct with that question, because everyone pussyfoots around it. I auditioned for Lin for years for things, and most of the time, I didn’t get it. That’s what I love about our dynamic. It’s understood, and we don’t have to have the convo. I audition and the ratio has changed, and outside the room, the ratio has flipped.

When we’re outside the room, we’re buddies. But when I audition for him, he’s definitely the employer. I made it a point not to talk to him, like “That was great material” or “What do you think? Do you think I’m gonna book it?”

So, I’m assuming you auditioned for Hamilton?

Yes, several times. For Burr, for Philip/Laurens, and for Lafayette. I thought, “Lafayette could be the most fun, but I’m good.” I’d be interested in something more against type, like a Burr or Hamilton. For tick, tick…BOOM!, Lin wasn’t there. They taped my audition and Lin got it. That week was the off-Broadway opening of Freestyle Love Supreme. When I saw him, he had a couple of drinks in him and he got excited. “Your fucking audition was so good! You’re gonna be in this movie! I don’t know if it’s as Michael, but you’re definitely going to be there as something!”

And you got it! I feel Michael’s identity really adds to the story’s texture.

It 100 percent enriches it. Our friendship [Michael’s and Jonathan’s] is such a pivotal part of the movie, and also how beautiful is it that little queer boys and straight boys get to see that you don’t have to be separate from one another? You can have a different interest that isn’t romantic.

“For a gay actor, no one thinks you’re legit talented unless you make us forget [your sexuality] and we can see you as a straight character. Something about that feels like a double standard.”

But did you develop a crush on Andrew Garfield? I sort of have one.

I didn’t, but he’s incredibly lovable and such a sweetheart, and it’s so easy to grab that punim and squeeze his guts out. We had the best time forming that friendship.

Your characters really go at it, with some stinging recriminations, but also an underlying understanding and caring. A memorable scene in the street has Jonathan telling you you’re superficial, and you respond that you’re denied rights as a gay person, so you deserve whatever luxury you can get. You also inform Jonathan that he’s not exactly saving the rainforest by writing musicals.

If it’s a real friendship, that shit comes up at some point about your personal, lived experience, if you’re vulnerable and open. That scene in the street, I think maybe they touched on it before, but they needed to go in deeper, and that’s why it maybe came up the way it did, but there’s a lot happening in that scene. That scene is what I’m proudest of in all my on-camera work. I worked my ass off on that scene. That’s the scene I had to go a certain way because of choices I made for a later scene that we had already shot [a scene with a big reveal].

Great job. What did you learn about Jonathan Larson in the process?

Lin said Jonathan would randomly write lyrics and songs for his friends. He’d say, “I wrote you a song” or “I bought this cute thing for you, even though I’m broke, because I wanted you to have it.” He was a straight, cis, white man, but he was such an exemplary ally for his period that he’s better than a lot of folks now. He wrote Black and brown characters who were layered and full and were deserving of empathy. They weren’t stripped of their humanity. It’s something for us that we’re always gravitating to, instead of poverty porn. And all those people got to work on that show [Rent], own homes, have kids…

You once told me about an agent you had that backed your choice to come out years ago. How important is that kind of support?

It’s been cool to develop a team that has more queer folks and women guiding me in my decisions. It’s really nice. I’m loving that so many more queer folks are out of the closet. It shouldn’t be called courage, but it is still courageous to do. I’m excited for us to keep breaking social standards and being more radically, unapologetically queer in our work.

One last question: Boys in the Band—play vs. movie? How do you feel about that now that you’ve had time to reflect on both versions?

The movie’s wonderful, but there’s nothing like doing the play. That play, the audience gives their immediate reaction. You can feel the rhythm. Because you have that reaction, the story leans more to the comedy, and there’s something about that sucker punch, when the story makes a hard left turn and “What the fuck did he just walk into?” With the movie, you get less of that, though you get other things.