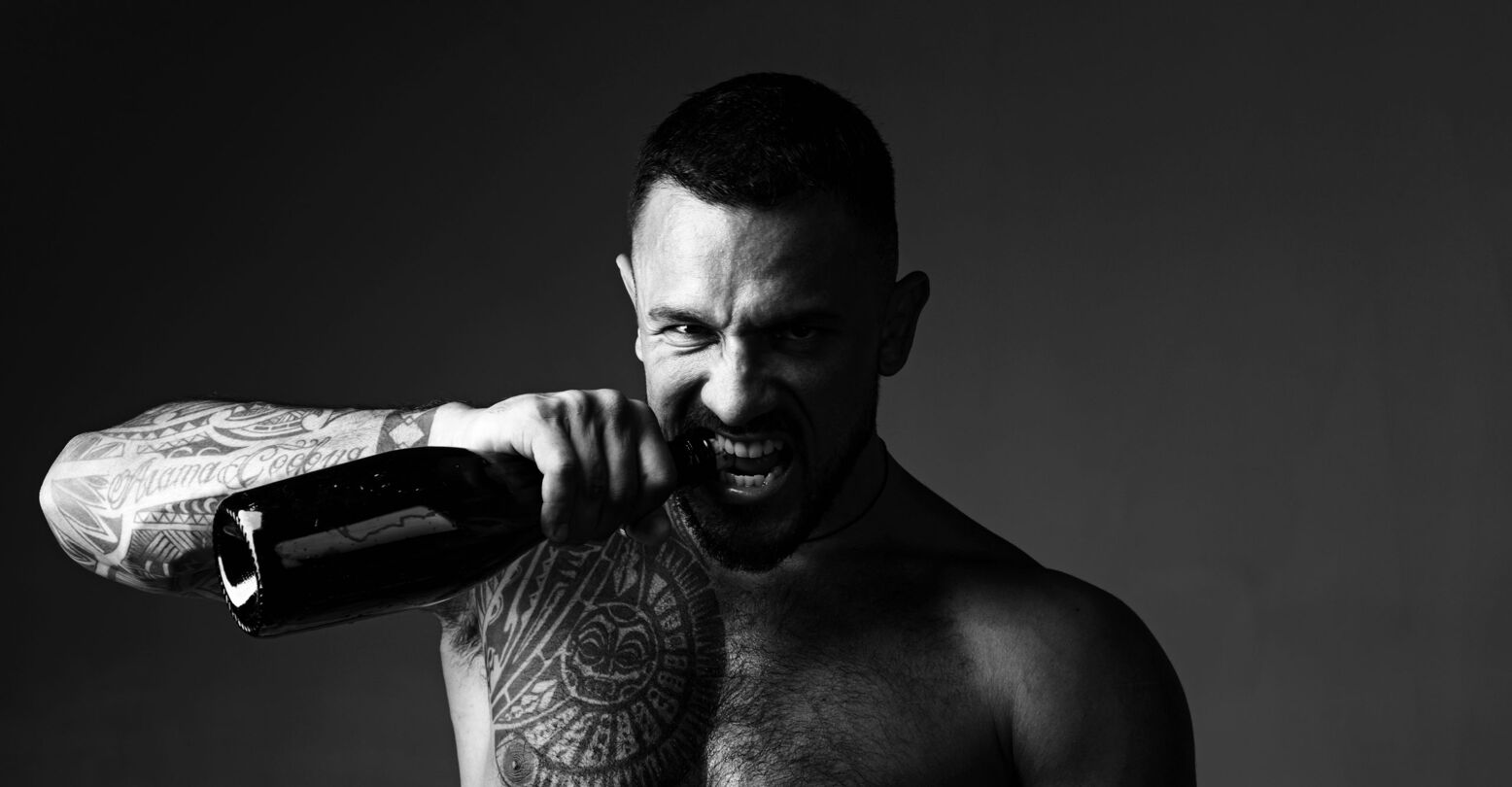 To stumble upon bear cliques on Twitter, Instagram, Scruff, and Growlr is to bear witness to something peculiar. Members of the bear subculture—bigger, hairier gay men—are contorting their faces in selfies in a way that expresses both confusion and constipation. It’s called “bear face.”

Bear face, although there are variations, usually involves the tightening of lips, the furrowing or raising of brows, the asymmetric bulging and narrowing of eyes, and is often done with a touch of playful self-awareness. It isn’t a particularly recent phenomenon, either: It feels as if it’s been around forever at this point.

But why do gruff, burly men pull this face? Is it due to selfie discomfort? Is it a masc mating signal, like growing a sizable beard and wearing plaid? And will bear face ever face extinction? Let’s explore some possible interpretations with the help of queer academics, body language experts, members of the bear community, and people who spend too long on social media (it me).

The discomfort of selfie-taking

Taking a selfie can be a mildly excruciating experience, especially for those who are less secure in their looks. According to research undertaken by Moskowitz et al., bears have lower self-esteem when compared to “mainstream gay men.” When you couple this with the fact that selfie-taking can cause further confidence loss, donning the facial expression you’re seeing others in your community pull—especially if that community is inherently looks-based—feels like a no-brainer. The mental gymnastics of What expression should I pull? Does that expression align with how I want to be portrayed? Do I, in one way or another, look attractive? can be put on pause. And by pulling an expression the bear community is already receptive to, it could lessen the pressure and make taking and then uploading that selfie to the ‘Gram easier. Jake*, a 46-year-old bear, said that he pulls bear face for this exact reason—the uncomfortableness that can come with taking a selfie. “I just don’t know what to do with my face otherwise,” he told me. “It’s an easy solution.”

Bear face, although there are variations, usually involves the tightening of lips, the furrowing or raising of brows, the asymmetric bulging and narrowing of eyes, and is often done with a touch of playful self-awareness.

Bear culture is all about modern masculinity. By “modern masculinity,” I mean a hirsute, husky physical appearance that’s the polar opposite of the slim, well-groomed twink—or the powdered, wig- and heel-wearing male royals of olde. Instead, a plethora of flannel and plaid shirts, superhero and comic book tees, bootcut jeans, and cargo shorts will be worn—perhaps with a leather harness and an athletic jockstrap underneath it all.

But how is bear face a part of the masc4masc masquerade? Well, it can help further masculinize a bear’s appearance. Duckface infamously feminized the faces of straight women and numerous twinks in the mid-2000s due to pouty lips, but for bears who prioritize manliness, bear face is the inverse. As Dr. Peter Collett, a psychologist, former Oxford professor, and body language expert, told me: “The clamping of the mouth and the drawing of the lips is something you see sportspeople do when they’re trying to look determined,” he said. “For various reasons: one, determination, two, being the opposite of the pout, and three, the foreshortening of the face, [bear face] is sending out a basic message of toughness, of masculinity. But it’s also some other stuff that people are overlaying, and creating what psychologists call “facial blend”—which is when more than one message is being conveyed.” In addition to masculinity, the other message can be one of self-aware irony and jest, where the subject is aware of what they’re doing and how silly bear face might appear.

“I just don’t know what to do with my face otherwise. It’s an easy solution.”

The bear community—and bear subculture as a whole—can be a refuge for people who face rejection due to the way they look. Bear subculture flips certain notions of conventional attractiveness (namely, having a slim physique) on its head, and puts bigger, hairier men at the forefront—as long as those bigger, hairier men don’t display too many feminine qualities, of course. As with any subculture, it comes with its own dress codes, signs, symbols, and lingo: Could pulling bear face, then, help bears feel a part of and also integrate them better into the subculture? Just like how all the scene kids of Myspace prised their fringes over their eyes and took photos from what was essentially a bird’s-eye view—a method of expressing I’m part of this community, too?

I asked queer academic, writer, and host of the Bad Gays podcast, Ben Miller, if some queer folks want to join the bear community because it embraces people who are larger and hairier. “Certainly. As a subculture that’s what it’s about isn’t it? The rejection of the predominant body standards.” However, a critique of bear subculture is that, with it being hyper-focused on masculine codes and signs, it, too, can be non-inclusive. “For various reasons, including the fact that we live in a late-capitalist hell world in which no subculture (and particularly not one dominated by and rooted in tropes of whiteness, as bear subcultures mostly are) could ever promise liberation, [bear culture] has turned into its own set of codes and tropes that are in their own little way just as exclusionary.” Bear face itself may not be exclusionary in the way that, say, requiring partners to have a beard is. But if bear subculture’s tropes are so ingrained in people looking and acting a very specific way, could bear face be used to play up to that schtick, thereby helping the subject become a more embedded part of the subculture?

The future of bear face

The origin of bear face—and whoever first coined the term—can’t quite be placed. But, in 2021, there are countless photos of people pulling bear face online—and there are even memes dedicated to the phenomenon. Does that mean that bear face could be here to stay? Will people still be pulling bear face in 2041? “God, I hope not,” said Miller. And Miller may get his wish—Dr. Collett said that “It could last for a long time. But, like civilizations, there’s almost an inevitability about it eventually disappearing, and being replaced by something else.” How do you say farewell in bear? Is it “Grrrr?”

*Name has been changed to protect anonymity.

Thom James Carter is a writer based in Scotland. He’s written for Current Affairs, The New Statesman, WIRED, Insider, Metro, Wellcome Collection, The White Review, The Quietus, and more.