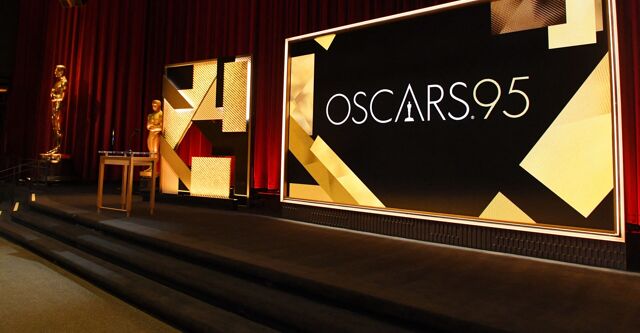 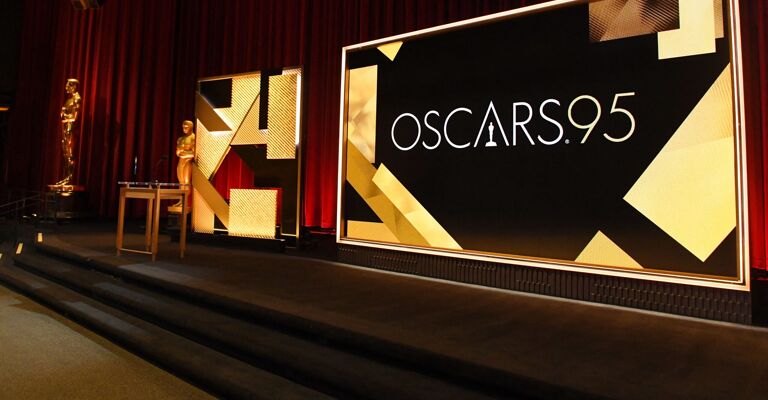 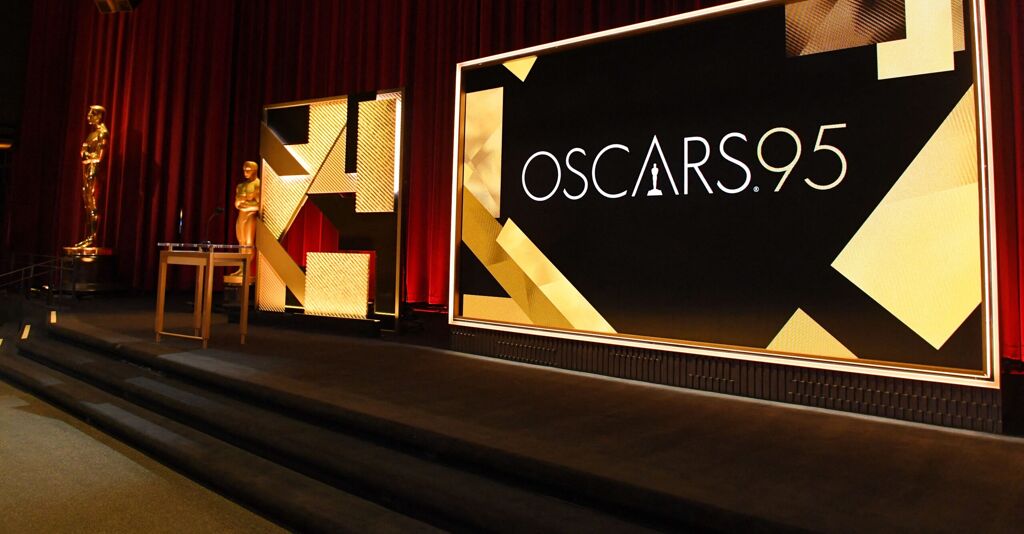 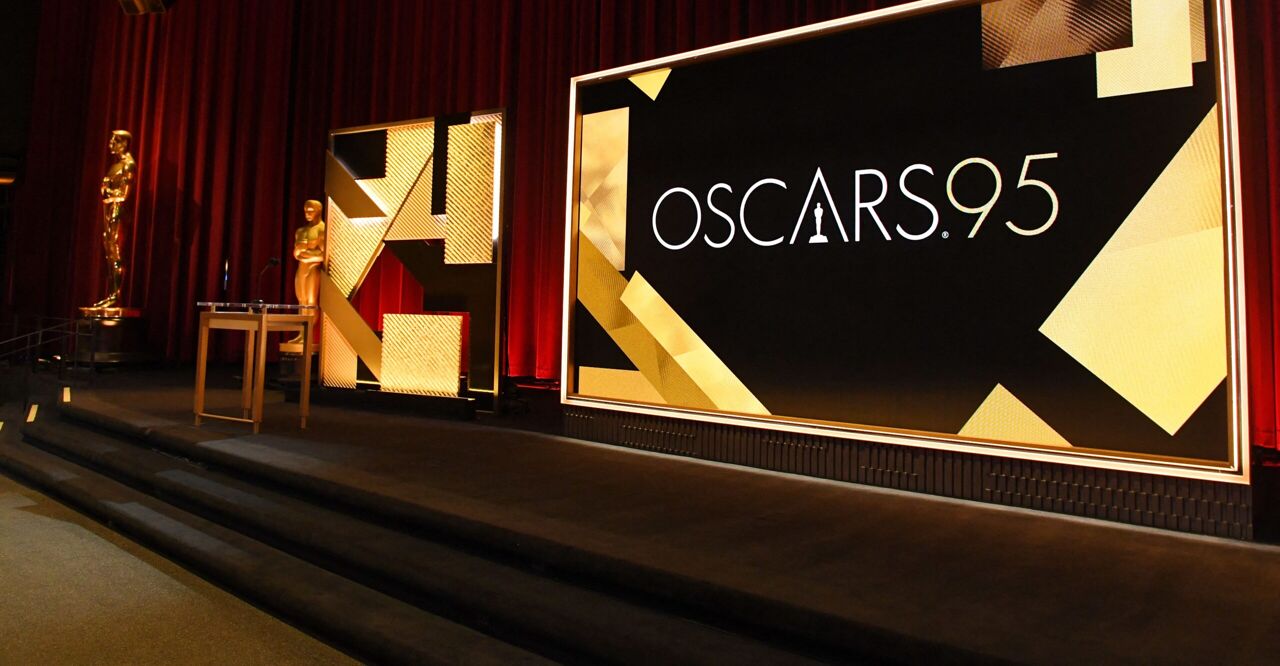 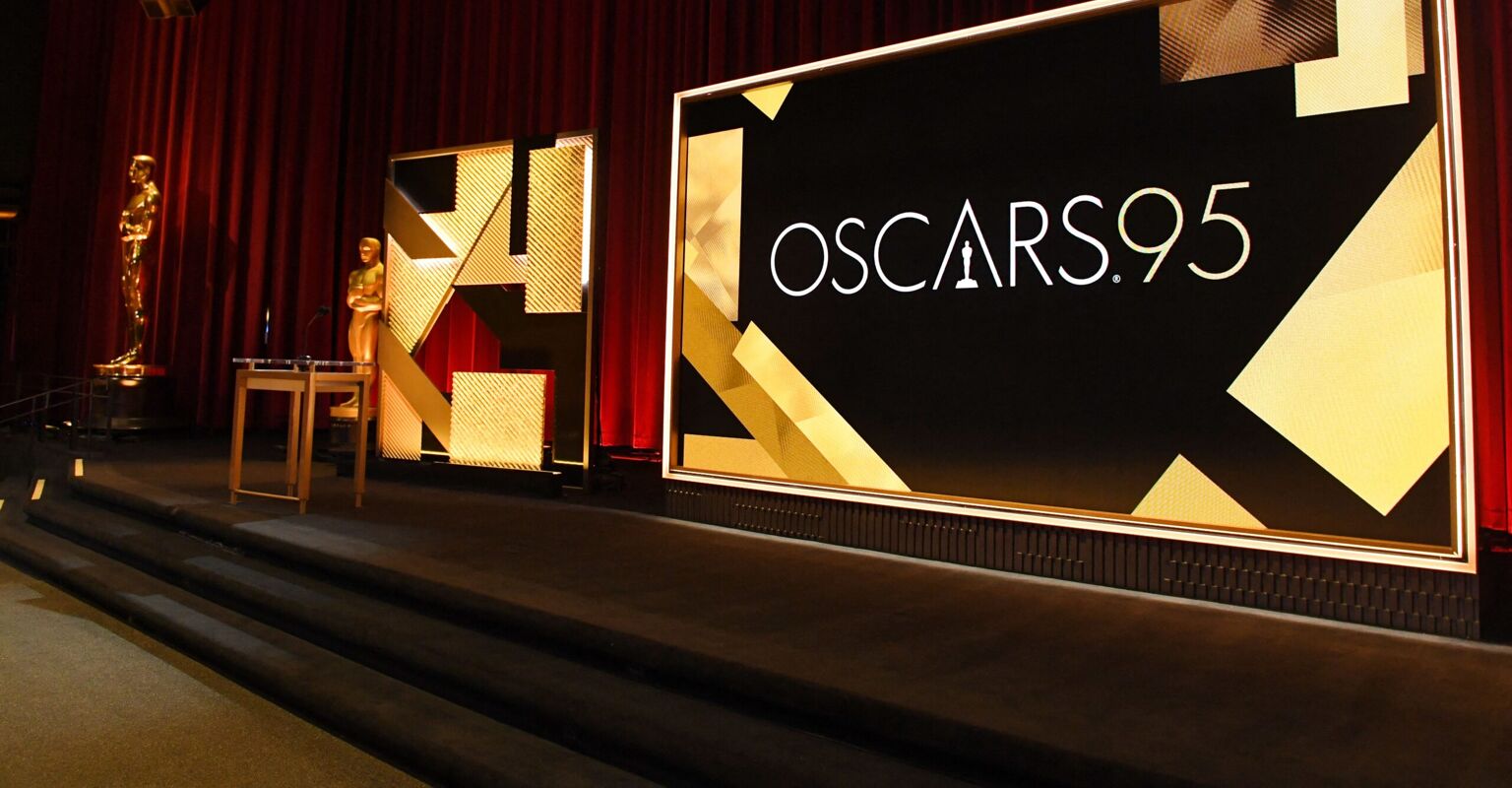 What a glorious day. The Academy Award nominations for 2023 are in and we have a lot of things to be excited for. The lavish ceremony, now in its 95th run, honors artistic and technical excellence within film. Nicknamed “The Oscars”, these awards are given to actors, directors, film editors, screenwriters, costume designers, and more. Nominations for these coveted awards took place Tuesday morning with M3GAN star Alison Williams and 2022 Oscar winner Riz Ahmed announcing the extensive list of nominees.

We have a question for you? What do Everything Everywhere All At Once, The Banshees of Inisherin, Tár, Marcel Shell With Shoes On, and Top Gun: Maverick (you read that right) all have in common? They are all Oscar nominees this year. We were holding our breath to see if our faves received any Oscar love. So, let’s find out who else received acknowledgement from the Academy.

Everything Everywhere All At Once takes over the Oscars

EEAAO is receiving everything it deserves. The film is leading the 2023 Academy Awards with 11 nominations, including Best Actress, Best Supporting Actor, Best Picture, Best Original Screenplay, Best Director, and two Best Supporting Actress noms. In regards to its Best Picture nom, EEAAO will have plenty of competition from All Quiet on the Western Front, Avatar: The Way of Water, The Banshees of Inisherin, Elvis, The Fabelmans, Tár, Top Gun: Maverick , Triangle of Sadness, and Women Talking. Still EEAAO is going to shine on Oscar night.

Michelle Yeoh, Ke Huy Quan, Stephanie Hsu, Jamie Lee Curtis, Daniel Kwan and Daniel Scheinert have all received Oscar nominations for their work on ‘EVERYTHING EVERYWHERE ALL AT ONCE.’ pic.twitter.com/vtvd03lnwc

First nomination of the day was for Best Supporting Actress and the amount of sheer talent in this category is too immense to comprehend. The category features Kerry Condon (The Banshees of Inisherin), Hong Chau (The Whale), two-time Oscar nominee Angela Bassett (Black Panther: Wakanda Forever), Jamie Lee Curtis (Everything Everywhere All At Once), and Stephanie Hsu (Everything Everywhere All At Once). Hsu’s relationship with Michelle Yeoh in EEAAO left us with all the feels and that monologue in Black Panther: Wakanda Forever by Bassett left us floored. So, we’ll see what the outcome will be. In the meantime, check out Hsu and Bassett in action below and tell us they don’t deserve nominations.

Angela Bassett is officially the ONLY marvel actress to get nominated for their performance.pic.twitter.com/eXAzzqt9NP

Ok, back on the EEAAO bandwagon, we have Ke Huy Quan nominated for his role as Waymong Wang. Beside Quan are Eternals alumni Brian Tyree Henry and Barry Keoghan, nominated for their respective roles in Causeway and The Banshees of Inisherin. Judd Hirsh (The Fabelmans) and Brendan Gleeson (The Banshees of Inisherin) round out the nominees. The category is full of talent, but we have our eyes on Quan.

oh i am fully sobbing
ke huy quan is a treasure of a person pic.twitter.com/v1kVlyrv2d

Battle of the bops

We love a bop and this year at the Oscars it looks like it’ll be queerly beloved singer versus queerly beloved singer in the Best Original Song category. Aside from “Applause” from Diana Warren and the energetic “Naatu Naatu” (the first song from an Indian film to be nominated in this category), we have Mitski, Lady Gaga, and Rihanna duking it out for their songs “This Is a Life”, “Hold My Hand”, and “Lift Me Up” respectively. Queer folks are winning with these nominations alone.

Rihanna gonna be at the Oscars and the Super Bowl. A roll out.

Can you paint with all the colors of animated Oscar wins?

This category really is a mixed bag. These nominees are telling stories about wooden boys becoming real ones in Guillermo Del Toro’s Pinocchio, belting out Y2K hits in Turning Red, and there are shells with shoes on in Marcel. Throw in The Sea Beast and Puss in Boots: The Last Wish as you have a pretty strong animated category – fun for everyone. We just want to know if we can see Sandra Oh vibing to the Best Original Song choices the same she did to Turning Red‘s boy band 4*Town performing “Nobody Like You”.

A powerful collection of documentary features

There are plenty of powerful documentaries to choose from. Between All That Breathes, Fire of Love, A House Made of Splinters, Navalny, and All the Beauty and the Bloodshed, bringing real stories to the forefront of cinema, this category will be a hard one to call. Stiil, we have a feeling all eyes will be on Laura Poitras’ All the Beauty and the Bloodshed. The documentary examines the career of bisexual photographer and activist Nan Goldin and her efforts to hold the Sackler family accountable for the rise of the opioid epidemic that has impacted disproportionately impacted the LGBTQ+ community.

congrats to Nan Goldin. not for anything on particular, just for being Nan Goldin

Nostalgia and nonstop method acting in the Best Actor category

Let your George of the Jungle and The Mummy nostalgia hit you with this Brendan Fraser (The Whale) Oscar nomination for Best Actor. He’ll be fighting for the honor alongside Colin Farrell (The Banshees of Inisherin), Paul Mescal (Aftersun), and Bill Nighy (Lying). Let’s see if Butler’s Elvis voice stays into Oscar night.

Oh god if Austin Butler wins we are going to have to hear his Elvis voice again pic.twitter.com/kzRkLujttd

The Best Actress category is giving us everything…everywhere, all at once and we love it

While we wish we also saw Viola Davis (The Woman King) and Danielle Deadwyler (Till) amongst the nominees, we have plenty of top notch talent to celebrate in the Best Actress category. But who’s going to take the Oscar? Will it be your Cate Blanchett (Tár) playing your favorite lesbian conductor, mother dearest Michelle Williams (The Fabelmans), Andrea Risenborough (To Leslie) and her social media-backed Oscar campaign, the Blonde ambition of Ana de Armas, or will Michelle Yeoh receive everything she deserves for Everything Everywhere All At Once?

I really hope Michelle Yeoh wins that best actress Oscar award. I love Cate Blancett like the rest of y’all but Cate can get an award any type of day , Michelle is a lifetime , it can shift the atmosphere pic.twitter.com/0mCMwIBUkt

Also, a special shoutout goes to the Best Animated Short Film category just because we got to hear the beautiful Riz Ahmed say “my year of dicks”, which happens to be the name of one of the nominees.

For everyone else who wants an audio loop of Riz Ahmed saying “My Year of Dicks” you are welcome. #OscarNominations2023 pic.twitter.com/OJJQrKhTd7

The suspense is killing us, but we can’t wait to see our faves getting all of their flowers at the 2023 Academy Awards taking place March 12, 2023 at 8PM EST on ABC. Check out the full list of nominees here.