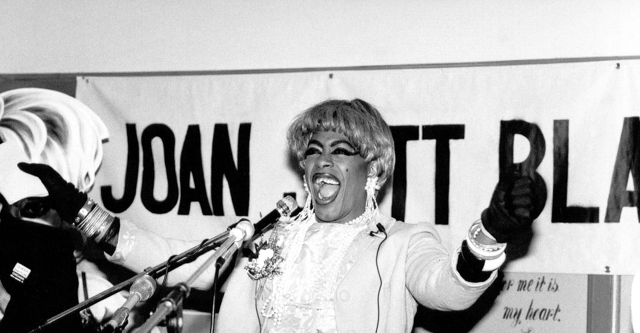 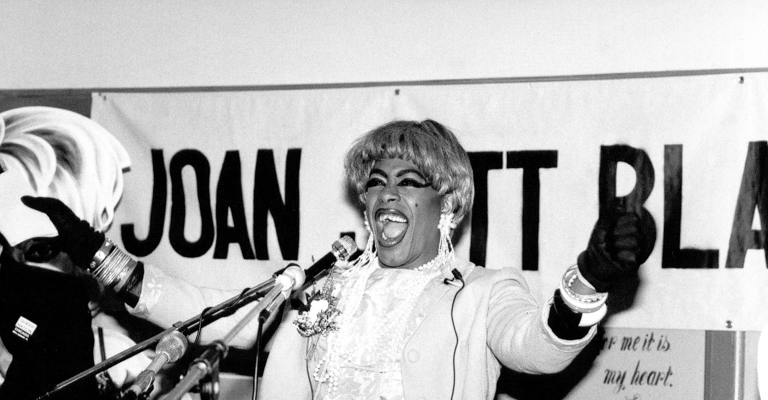 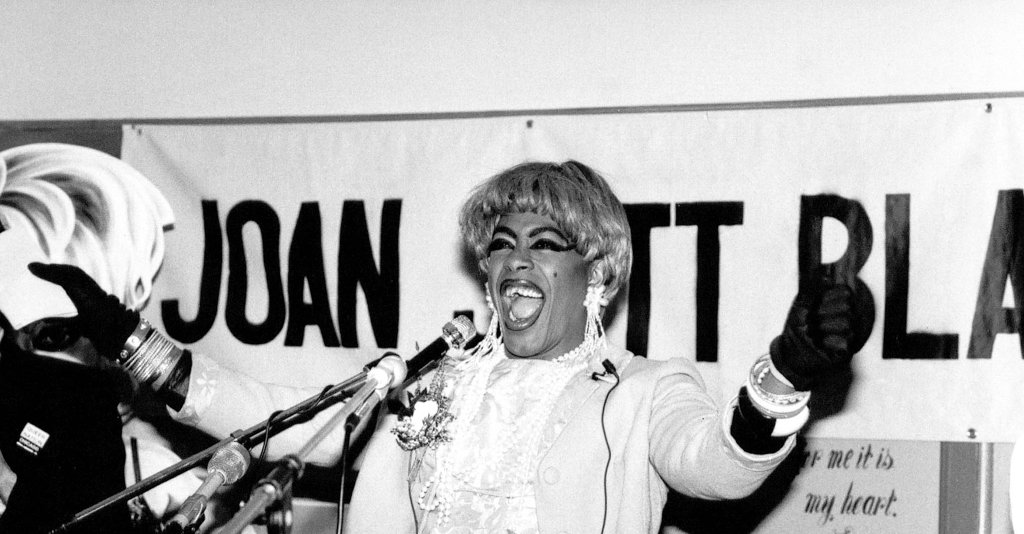 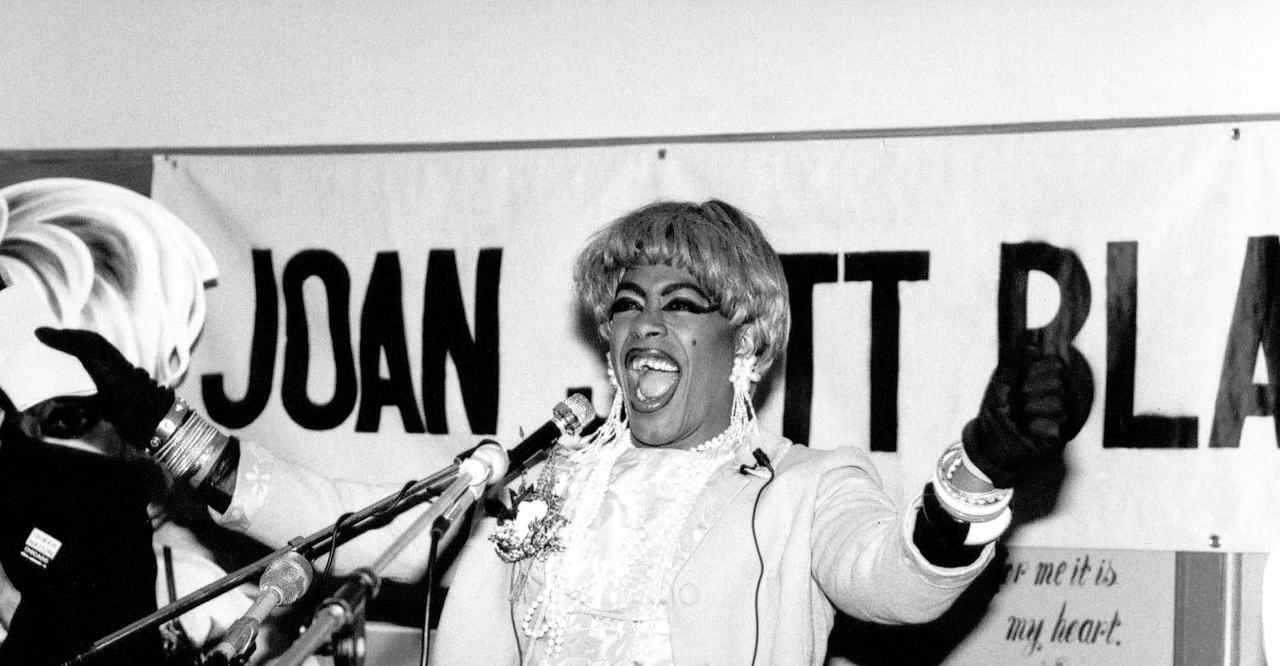 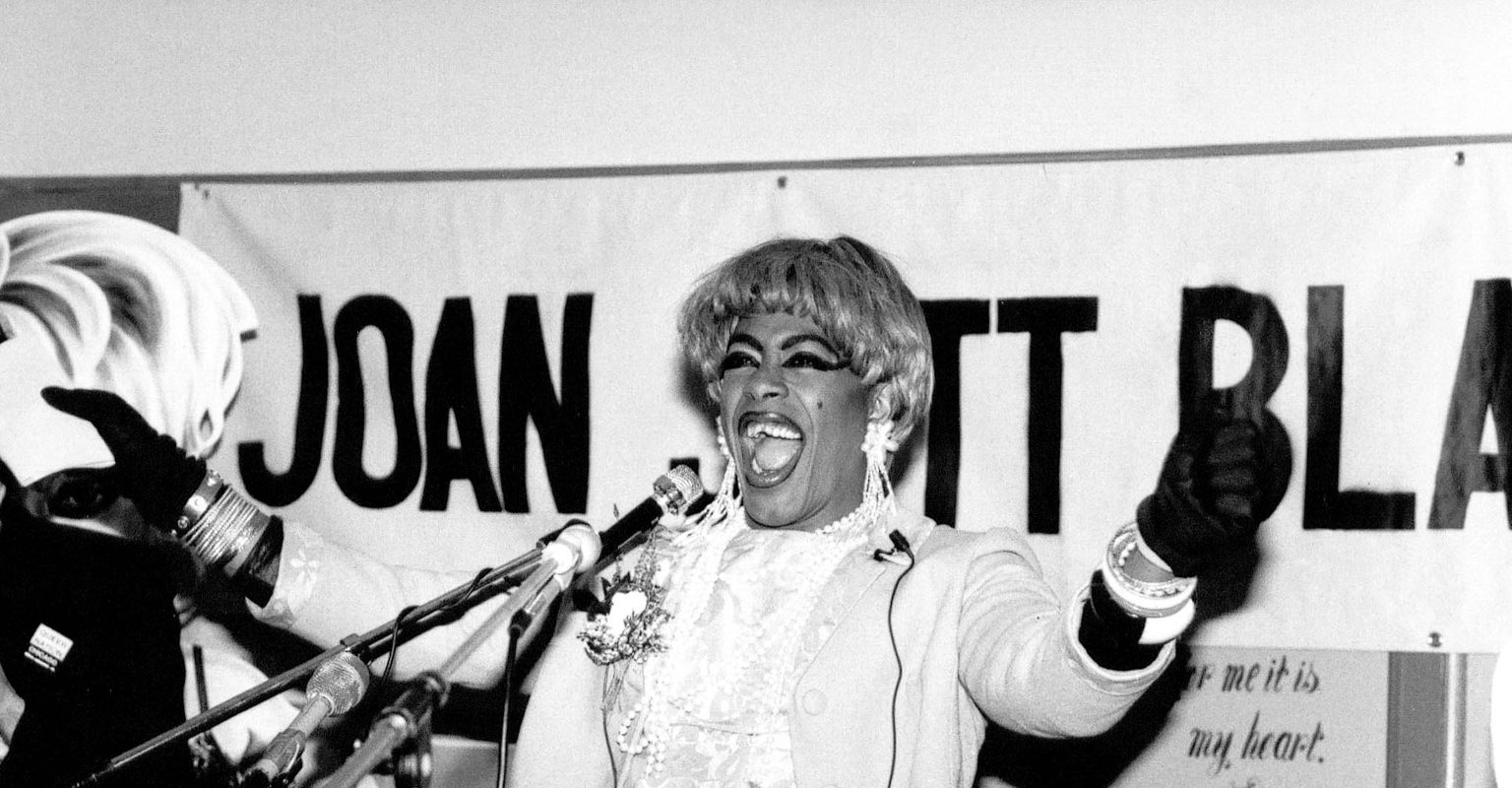 “If a bad actor can be president, why not a good drag queen?”, Smith asked.

Honestly, why not? When Smith turned 35 years old, he donned his drag persona Joan Jett Blakk and announced his presidential bid in 1992. His platform surrounded issues, such as eliminating student debt and universal healthcare, that we still fight for today. And while he didn’t win, his legacy still lives in the likes of queer political movers, such as Maebe A. Girl, Honey Mahogany, and Marti Gould Cummings.

And while we’re still fighting for these issues, Smith’s story continues to be told through the movie The Beauty President. The short film captures Smith’s energy and presidential run in the ‘90s, the filmmaker Whitney Skauge’s lens. The short film was produced by Emmy Award-winning actress, screenwriter, and producer Lena Waithe through her production company Hillman Grad. The Beauty President did a festival run, with viewings at SXSW, Newfest, Outfest, and more racking up multiple awards, including Newfest’s Audience Award Best Short Documentary and Emerging Black Filmmaker Award.

Terence, what was the impetus behind your presidential run?

Well, drag is a political act, anyway. It always has been. I had run for mayor of Chicago a couple of years before that, and the presidential race was right there. Next thing you know, I’m on the damn floor of the Democratic Convention. We just decided, “Oh, let’s just do that.”

And we did that and had no idea what was going to happen. I said, “Early on, we won’t have any money. We’ll just use the publicity to get other publicity”.

And that’s kind of what happened 30 some odd years ago. We were always taught that anybody could be president of the United States. Anybody. So why not? I love to stir it up.

Whitney, how did you come across Smith’s story and what made you want to pursue it in this documentary?

I’ve always done documentary films. It started when I was a kid. I was always making home movies and that just naturally progressed into wanting to make documentaries. I worked for a documentary production company called Breakwater Studios, at the time, as an assistant and I had been asked to do some research for one of our series. That led me down the internet rabbit hole to Terence.

I’m very political myself. I’m queer. I’m Black. So I kind of just put all those keywords together to see what I could find, and all of a sudden, I see an article that says, Drag Queen Runs for President in 1992. I started reading the article and I learned about Terence, about the campaign, and all the things that he did. I pitched the article to my team for the series they were working on and they decided it wasn’t a match for what they were doing.

There are people out there doing it and now it’s easier to get publicity for it than it was when we were doing it.

But I couldn’t stop thinking about Terence and I just kept doing research. Then I eventually found the archival footage that you see in the film and that really sparked the desire to really want to make something. There are more people out there that deserve to be recognized for what they’ve done. Even if it’s not in the biggest publications or it’s not in history books, it doesn’t mean that it doesn’t have value. And so really, I just wanted to give Terence his flowers.

Terence, there are still issues that you were fighting for when you ran for president that we are fighting for now. What goes through your mind knowing this?

I don’t know what they’re talking about there [in politics], but voting rights threatened to be taken away? This is absolutely insane. We did this already. Why did we have to backtrack? And do you know that four states voted [to abolish] slavery this last election? Three states voted not to keep it. Louisiana voted to keep it. So what is going on?

We didn’t used to wonder about that. We were going to change it. Now, I don’t know because you can change it, but they can change it back. I don’t understand what’s going on, but we might have to get back out in the streets again. It will be you kids to do it because I am too old to be with a sign. We get tired easily. But if I have to, I will. Things must be done.

It’s one step forward, two steps back. I didn’t think that would apply to our rights in this country, but apparently it does.

Terence, you mentioned that it’s up to us, the new generation to fight. There are political powers who do drag or used to that are doing this/ You have Marti Cummings in New York City, Maebe A. Girl in Los Angeles, and Honey Mahogany over in San Francisco.

Keep it up. I mean, that’s so wonderful. Maebe A. Girl, I can’t get over that. That’s the best [name] right there. But there was also a kid in Florida who was protesting the “Don’t Say Gay” bill. 17 years old doing that. There are people out there doing it and now it’s easier to get publicity for it than it was when we were doing it. We had to pretty much depend on gay press.

We knew you’d made it when BBC was calling us and NPR was calling us. We knew that we were going to get some publicity and nobody was nasty to us, except for some of these shock jock DJs who would call and say, “Terence, you’re going to be President of the United States. Why do you want to do that in a dress?”

I really hope that this inspires folks to dig deeper into their history, to talk to their elders, and to not get stuck in their own generation, but move beyond that and really understand that we are a big community.

I was ready for them, too. You kind of have to be because they’re going to ask you a lot of stupid questions. But I’m like, “No, I’m really running. I don’t need stupid questions. I need something for real. Ask me about issues.”

Whitney, what do you hope other politicians, organizers, and activists take away from watching your film?

I would really love for folks to take in Terence’s story and understand that we all have that same power to get out of our comfort zone and do something for not just ourselves, but for our communities, for our friends, for our families. I think there’s this idea that it has to be a big moment and we have to have a lot of support and we have to have a lot of money and all of these things. I think there certainly are barriers of entry, in terms of the political climate. However, that can shift and change as more folks get out and really activate themselves and their communities.

I think the thing that I take away from Terence’s story is that he wasn’t doing it for himself. This wasn’t an ego driven thing. This was something for his community. So, if there’s something that I would take away from it, it’s that you really do have the power to make change, even if it’s incremental. Incremental change still matters.

Terence, with the next generation of queer folks now watching this film, what do you hope that they will move forward with after seeing it?

I got to see [the film] a couple of weeks ago, the film played at the San Francisco Transgender Film Festival. I want you to know that all the way through [The Beauty President] there was screaming and hollering and yelling and clapping. I mean, people really got into it. That’s the first time I had seen it on a big screen and people were reacting to it. They did not know I was there. I was like, “Wow!”

Which is why it won so many awards here and there, because it can’t help but get you involved in it. I don’t know what the secret is, but people love it. And so I think more people do need to see it because then they will see it’s not that hard to do something that makes a bump here and there.

Whitney, what do you have to say to that as well?

I really hope that this inspires folks to dig deeper into their history, to talk to their elders, and to not get stuck in their own generation, but move beyond that and really understand that we are a big community. Terence never changed anything about himself or Joan to be more palpable to the mainstream. We are queer. We are creative. We are artists. We are writers. We are philosophers. We deserve to be here just as much as anybody else. Take the momentum from the film and apply it to your own life. 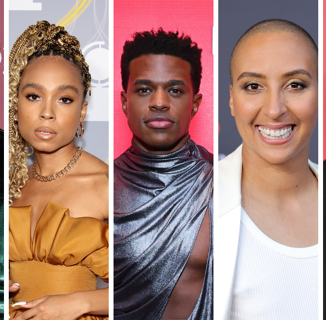 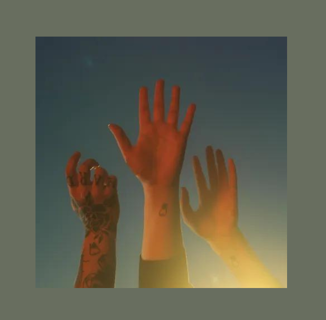