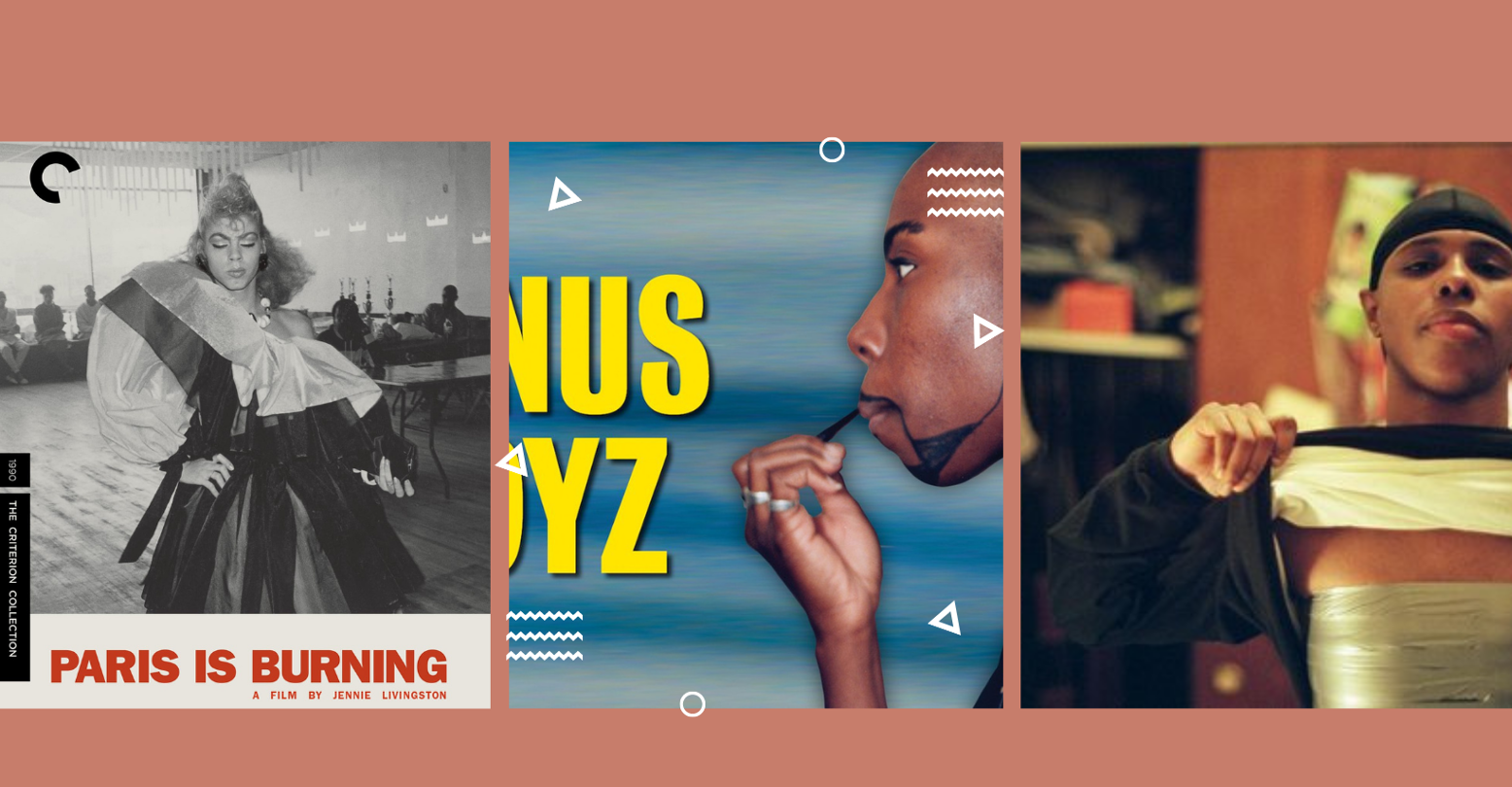 Pride isn’t just about celebrating–it’s about remembering our history. And for trans folks, that’s more than a little complicated. Our history is painful and not always fun to remember. But it’s essential that we learn what came before us. And thankfully, there’s no shortage of incredible documentaries to serve as a testament to trans resilience and beauty.

So stop everything you’re doing, because these films are important. Seriously, just call out sick from work and watch at least one of these next week. I promise it will be time well spent.

Who Directed It: Janet Baus, Dan Hunt, and Reid Williams.

What’s It About: In common law, the phrase “cruel and unusual punishment” refers to the kind of suffering that even the American penal system deems too fucked up to inflict on humans. There is no more apt phrase for describing the inhumane plight of trans women forced to serve time in men’s prisons. In this eye-opening documentary, five incarcerated trans woman share their experiences of life on the inside.

Why Should I Watch It? This film was made in 2006, took about three years to complete, and counted on testimony from hundreds of trans women behind bars. The result is a chilling and painful look into the lives of women whose most basic human rights have been taken away simply due to their trans status. Around the country (and overseas) we’re still dealing with the inhumane precedents that allow lawmakers to force trans women to remain in solitary confinement in men’s prisons, cut off from hormones, society, and basic human kindness. This is a must-watch for anyone interested in prison abolition and social justice.

Where Can I Stream It? The full film is available on YouTube, but we’re going to have to put a trigger warning on this one, because it’s an extremely painful, though important, watch.

Who Directed It: Gabriel Baur

What’s It About: Enter the wonderful world of drag kings, as trans men, nonbinary folks, and even self-identified cyborgs fuck around with fashion, gender, and masculinity.

Why Should I Watch It? In the world of drag, gender is always being reinterpreted. This groundbreaking look at transness and female masculinity is so ahead of its time, I have to believe it provided at least some of the inspiration for the 8th wonder of the world that is Gottmik.

Where Can I Stream It? On Kanopy (with your library card!)

Who Directed It: Eric Daniel Peddle

What’s It About: Peddle’s documentary follows six queer “aggressives” of color through New York for a period of five years, as their relationship to masculinity, butchness, drag culture, and the city itself changes.

Why Should I Watch It? Before the word “trans” or “nonbinary” was commonly used in the broader queer community, the idea of female masculinity, especially within the world of lesbians of color, was seen as a type of genderfuckery all its own. This film follows subjects like trans actor and activist Marquise Vilsón and Kisha Batista starting from 1997, making for a fascinating look at how concepts of gender have changed even within transness in the past few decades.

Where Can I Stream It? On Prime or for free on Vudu.

Who Directed It: T. Cooper

What’s It About: Trans author and director T. Cooper followed four trans male bodybuilders preparing for Trans FitCon, the only bodybuilding competition for trans guys. Along the way, we learn about what got the guys into bodybuilding and how the practice affirms, complicates, and helps them explore their masculinity.

Why Should I Watch It? If you’ve ever had the pleasure of watching the 1977 documentary Pumping Iron, you already know how fascinating the world of bodybuilding truly is. The only thing that could make it more fascinating is throwing a hard dose of gender exploration into the mix, which Cooper does expertly. This film is by turns liberating, inspiring, heartbreaking, and, ultimately, simply fascinating.

Where Can I Stream It? On Prime, with a subscription.

Who Directed It: Kate Davis

What’s It About: In 1996, Robert Eads was diagnosed with ovarian cancer. Because Eads was trans, doctors caught the diagnosis late, and when he went to consult about getting treatment, he was turned away time and again by practitioners who were too scared or prejudiced to treat him, fearing that treating a trans man would harm their practice. Comfort, filmed during the last year of Eads’ life, shows Eads’ final months on earth as he falls in love with his soulmate, comes to terms with his impending death, and reflects on the nature of being an outcast, all with beautiful dignity and heart.

Why Should I Watch It? This is the film that jumpstarted an important conversation about trans healthcare. As trans folks, most doctors have no idea how to refer to us, much less treat us. Eads story is a heartbreaking testament to the ways in which the medical community has, and continues, to let trans folks down. This film also contains one of my favorite lines ever, said by Eads’ girlfriend Lola, who is also trans. “Nature loves diversity,” she says. “Why don’t people?”

Where Can I Stream It? For free on Tubi. But for God sakes, bring the tissues, because you’ll be fucking sobbing by the end.

Who Directed It: Jennie Livingston

What’s It About: The doc that started it all, darling! See the dolls of the 80s ball scene twirl, mop, fall in and out of houses and in and out of love.

Why Should I Watch It? Baby, we wouldn’t have Pose without this glorious document! Also, it’s just a beautiful film. That said, like most of these other picks, it’s not for the faint of heart. The murder of Venus Xtravaganza breaks me every time, and I’ve seen this movie at least 87 times.

Where Can I Stream It? Criterion Channel or Apple TV ($3.99)

Who Directed It: Frank Simon

What’s It About: Even before Paris is Burning, New York trans folks were pulling off elaborate drag shows, competitions, and beauty pageants. This documentary—which follows Jack Doroshow aka Flawless Sabrina around as she prepares to compete for the crown—has a similar flavor as Paris with an added edge. Since in the 1950s and 60s, when Sabrina’s drag shows were taking place, it was still technically illegal to wear more than one piece of clothing “of the opposite sex,” these queens were risking jail time and abuse every time they stepped onto the street in drag.

Why Should I Watch It? The characters! The songs! The fashion! It’s like being in a room with all your trans aunties and elders as they completely fuck up the pageant floor with their LEWKS. Also, we get to see a very young Crystal LeBeija challenge the judges at the end!

Where Can I Stream It? Netflix!

Who Directed It: Sam Feder

What’s It About: Feder does a deep-dive into trans representation in American cinema from the very beginning. That’s right–with commentary from luminaries like Susan Stryker, Laverne Cox, Jen Richards, and Alexandra Billings, Feder is able to give us the story of trans folks in the media, from the exploitation age to the horrible decade that was the 90s all the way to now.

Why Should I Watch It? This sweeping documentary touches on every trope, stereotype, and moment of triumph we’ve had onscreen, and watching it will leave you with a complex mix of emotions about where we’ve been and how far we’ve still got to go when it comes to telling our stories truthfully and without cis interference. Seriously, just watch this if you haven’t already, it’s like a fucking apple for your brain.

Where Can I Stream It? On Netflix.

If nothing else, these extraordinary films are a wonderful reminder that we’ve always been here, and we always will be.♦