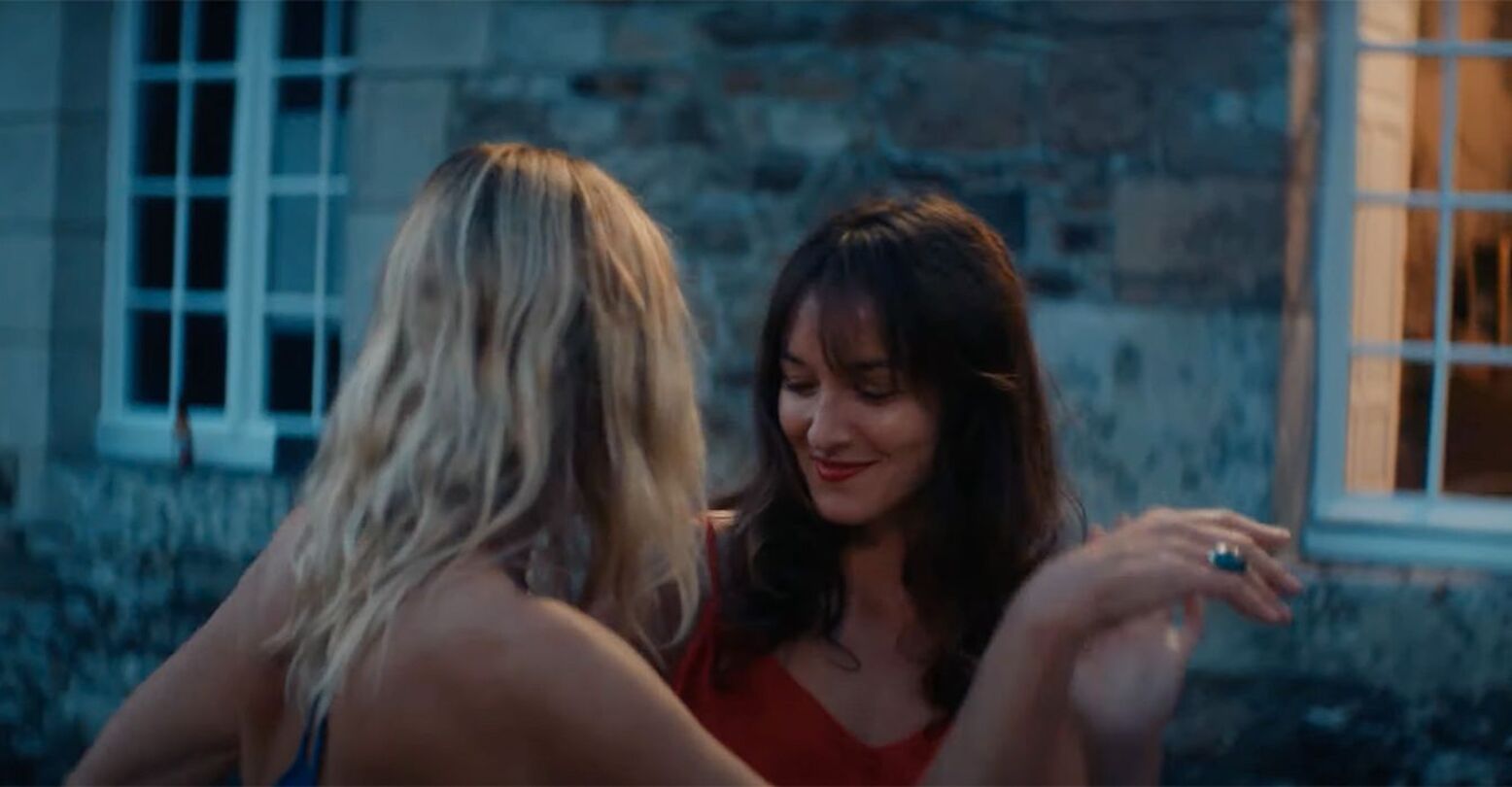 French cinema is highly esteemed all around the world, and amongst a rich variety of titles, it boasts some of the most iconic and superlative queer films of all time. In recent years audiences have enjoyed the likes of Robin Campillo’s AIDS drama 120 BPM, Camille Vidal-Naquet’s directorial debut Sauvage and of course Céline Sciamma’s exquisite romantic drama, Portrait of a Lady on Fire. Hoping to continue this strong run of queer cinema is Charline Bourgeois-Tacquet’s feature-length debut, Anaïs in Love.

Starring Anaïs Demoustier in the title and leading role, the film follows thirty-year-old Anaïs as she attempts to complete her university thesis. Amidst her work, she must also deal with the everyday struggles of paying her rent, dealing with family drama, and navigating her passionate love affairs. Whilst the latter might not seem like a daily occurrence for most, for Anaïs it certainly is. She allows her passion to guide her through life at every turn. So much so that when she begins an affair with an older man, Daniel (Denis Podalydès) her attention is quickly pulled away from him and directed instead towards his partner, Emile (Valeria Bruni Tedeschi).

The chemistry between the two women is intelligent, sensual, and completely absorbing.

When audiences first meet Anaïs she’s generating a whirlwind of energy. Rushing to meet her landlady, Anaïs barely slows down to take a breath in between the barrage of thoughts she offloads onto her. This is an apt introduction as Anaïs is the kind of person who operates almost entirely at 100mph. In a scene shortly after, her then-boyfriend, Raoul (Christophe Montenez) is quick to point out that she doesn’t understand what human relationship is. Admittedly, she’s a fascinating character from afar, but from what audiences are exposed to, it definitely feels like she could be difficult to tolerate in person. But maybe it’s everyone else who’s the problem? Everyone who represses their emotions and desires, keeping them locked away. Anaïs’s refusal to do the same immediately sets her apart from those around her, but why does that have to be a bad thing?

Demousteir’s leading performance goes a long way in making the character palatable for audiences as she is utterly captivating throughout. In one scene her father describes her “irresistible charm” and Demousteir delivers this with ease. Making this character—who is an impulsive oversharer—both believable and likeable is quite the achievement, and despite Anaïs’ more abnormal qualities, Demousteir consistently magnetises the audience. With her lead character quickly established, Bourgeois-Tacquet’s film proceeds with a pace that matches that of Anaïs’s own. Breezly moving though character interactions, the film feels joyously refreshing from the very first frame to the last. Anaïs’s unique lease on life is the film’s best asset, but the director’s ability to convey this without it becoming tiresome is much to her credit, too, as she manages the complete opposite.

Anaïs’s refusal to repress her emotions immediately sets her apart from those around her, but why does that have to be a bad thing?

As well as being refreshing, Anaïs in Love is a vibrant film both aesthetically and thematically. The exploration of passion is so enthralling, it’s even what Anaïs is researching for her thesis, which makes perfect sense considering the way she embraces it in such an all-encompassing manner. The settings and costume design are so bright and colourful too. Anaïs is clothed in light dresses, often incorporating rich reds matching the tone of her lipstick, both mirroring the depth of her desire. This desire leads her to Emile, who wears calmer shades of blue and white, balancing Anaïs’s vivacity and vigor. Valeria Bruni Tedeschi, who portrays Emile, does so with allure and intrigue. She equals Demoustier’s appealing performance, not in terms of energy but through her careful intent to convey her character’s attraction to Anaïs’s youthful exuberance and infectious zest for life. Subsequently, the chemistry between these two women is intelligent, sensual and completely absorbing.

The same can be said for Anaïs in Love as a whole: Bourgeois-Tacquet’s film quickly establishes itself as one of the finest queer romantic dramas of recent years. Its seamless study of passion, through the lens of this fascinating relationship, creates an irresistible cinematic experience that’s as refreshing as the gorgeous summer settings its characters find themselves enjoying. Bolstered by two beautiful performances, the passion present in Anaïs in Love will surely be reciprocated by audiences as they fall in love with Bourgeois-Tacquet’s feature film debut.♦