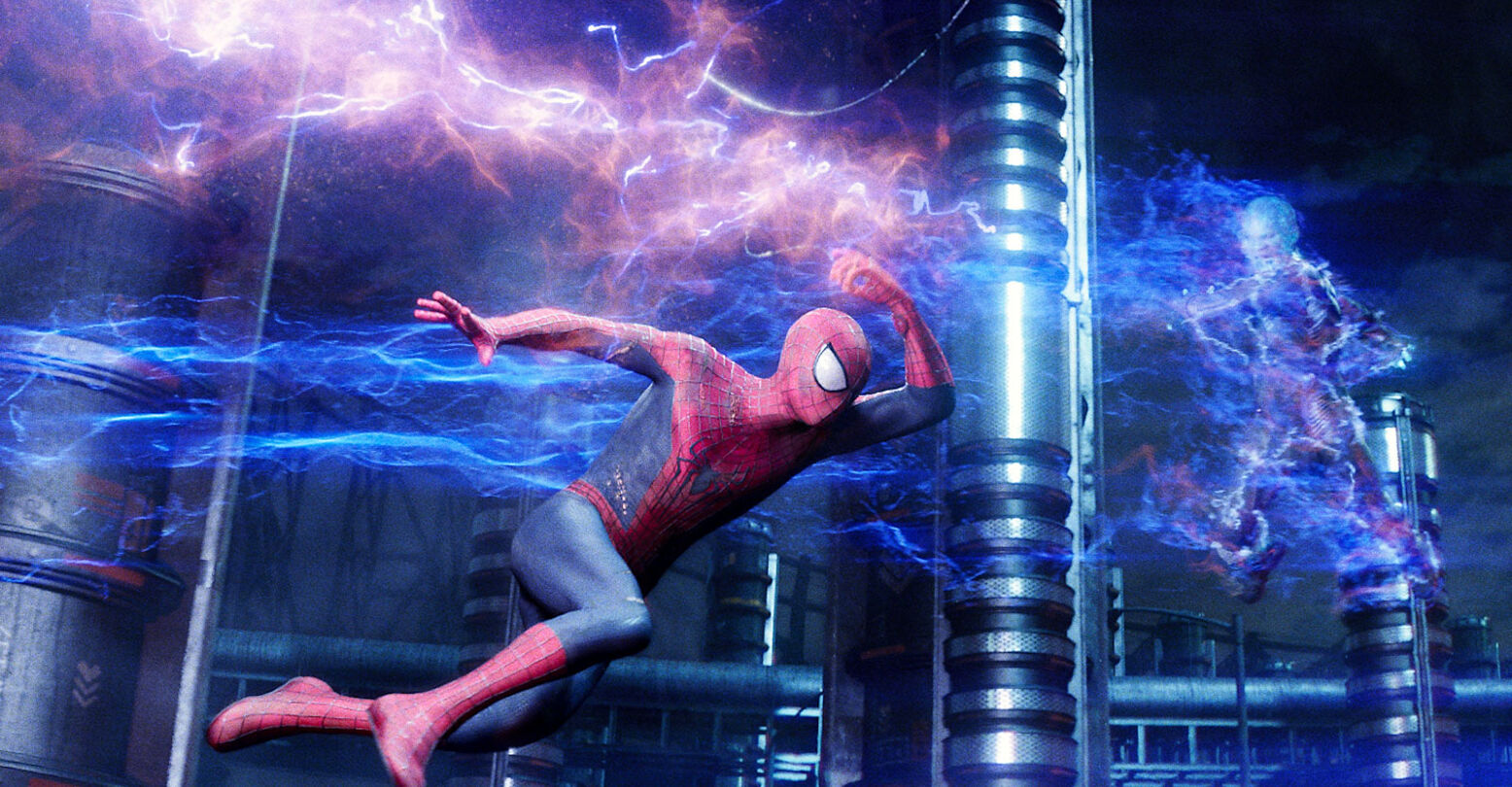 We need to have a few words about Andrew Garfield and his Bi-dey senses.

The once-and-maybe-still-Spider-Man had a tough go as the lead of the famed franchise. He had to follow in the footsteps the Tobey Maguire-led, Sam Raimi-directed Spider-Man film series, which is always favored popularity-wise due in large part to the nostalgia factor, and his rendition was cut short by several issues plaguing Sony at the time (and today, if we’re being frank,)

Garfield, who was 29 when the first of his two-film role as Peter Parker began, seems to have foreseen green pastures after The Amazing Spider-Man was generally well-received, and Sony-owned Columbia Pictures had planned to undertake an entire Spider-Man Cinematic Universe of their own centering around the franchise — back when the Marvel Cinematic Universe didn’t feel like it owned the entire world.

So when Garfield said in an interview that he wanted to explore more possibilities for the characters in the film, he probably thought it would upset a few people here or there, but nothing serious. He couldn’t have been more wrong.

“I was kind of joking, but kind of not joking about MJ,” Garfield told Entertainment Weekly in 2013 about a conversation he had with producer Matt Tolmach at the time. “‘What if MJ is a dude?’ Why can’t we discover that Peter is exploring his sexuality? It’s hardly even groundbreaking!…So why can’t he be gay? Why can’t he be into boys?”

He continued, “I’ve been obsessed with Michael B. Jordan since The Wire. He’s so charismatic and talented. It’d be even better—we’d have interracial bisexuality!”

Now granted, Garfield has said some very eyebrow-raising, interesting things about his own sexuality which people may cast off or judge for whatever reason, but nothing he said related to Spider-Man was wrong.

Eight years later, Peter and MJ — played by Tom Holland and Zendaya, as opposed to Garfield and Emma Stone — were an interracial couple in the last Spider-Man film, Michael B. Jordan is a lead in a Marvel film (again), and Marvel producers may have openly considered the idea of making a gay Spider-Man, just like several characters in any rebooted Hollywood franchises nowadays are being updated to be queer.

At the time, though, Garfield’s remarks couldn’t have received a harsher denouncement. Stan Lee himself weighed in to laugh the idea off, and it just made Garfield and his post-Maguire characterization of Spider-Man to be even more unpopular, especially when The Amazing Spider-Man 2 came out and pissed off nearly every fan of the franchise with its ending.

A few years later, Disney-owned Marvel began planning its own film franchise and left Garfield completely out of it, while the Sony-planned cinematic universe got put on the backburner (only two films from the planned universe, Venom and Venom 2, have seen the light of day.)

That’s not say that Garfield’s suggestions were the sole reason the franchise tanked, but it had a negative effect on the film’s perception — as opposed to now, when people think making characters queer would make them more popular (not sure about that, but okay.)

Garfield defended his comments in another interview shortly thereafter: “What I believe about Spider-Man is that he does stand for everybody: Black, white, Chinese, Malaysian, gay, straight, lesbian, bisexual, transgender… He is colourblind. He’s blind to sexual orientation, and that is what he has always represented to me.”

Most of Garfield’s public comments from the time seemed to be suppressed (there’s a theory that Sony-Columbia got them scrubbed from the internet), but what he said next likely would have earned him applause today: “He [Peter Parker] represents the everyman, but he represents the underdog and those marginalised who come up against great prejudice which I, as a middle-class straight, white man, don’t really understand so much.

“And when Stan Lee first wrote and created this character, the outcast was the computer nerd, was the science nerd, was the guy that couldn’t get the girl. Those guys now run the world. So how much of an outcast is that version of Peter Parker anymore? That’s my question.”

In 2019, with his Spider-Man days seemingly behind him as Holland’s rendition seemed to flourish in the MCU films, Garfield sought a redress for his original comments.

Asked about his time as the webbed superhero in 2019, Garfield said to the Independent, “I worked harder than I’ve ever worked on anything and I’m really proud of it… but I didn’t feel represented.”

Recalling the interview, Garfield said, “I was then put under a lot of pressure to retract that and apologize for saying something that is a legitimate thing to think and feel. So I said, ‘OK, so you want me to make sure that we get the bigots and the homophobes to buy their tickets?’”

Feel how you may feel about his Spider-Man or existing characters being made queer versus the creation of originally, canonically queer characters, but Garfield’s comments aged like fine wine. Like much of his time as the face of one of the world’s biggest entertainment franchises, he received the short end of the stick for it.

Whether or not he’s in the upcoming Spider-Man metaverse movie or there’s a queer version of the titular character, we should recognize him for being ahead of his time and sticking to his convictions.