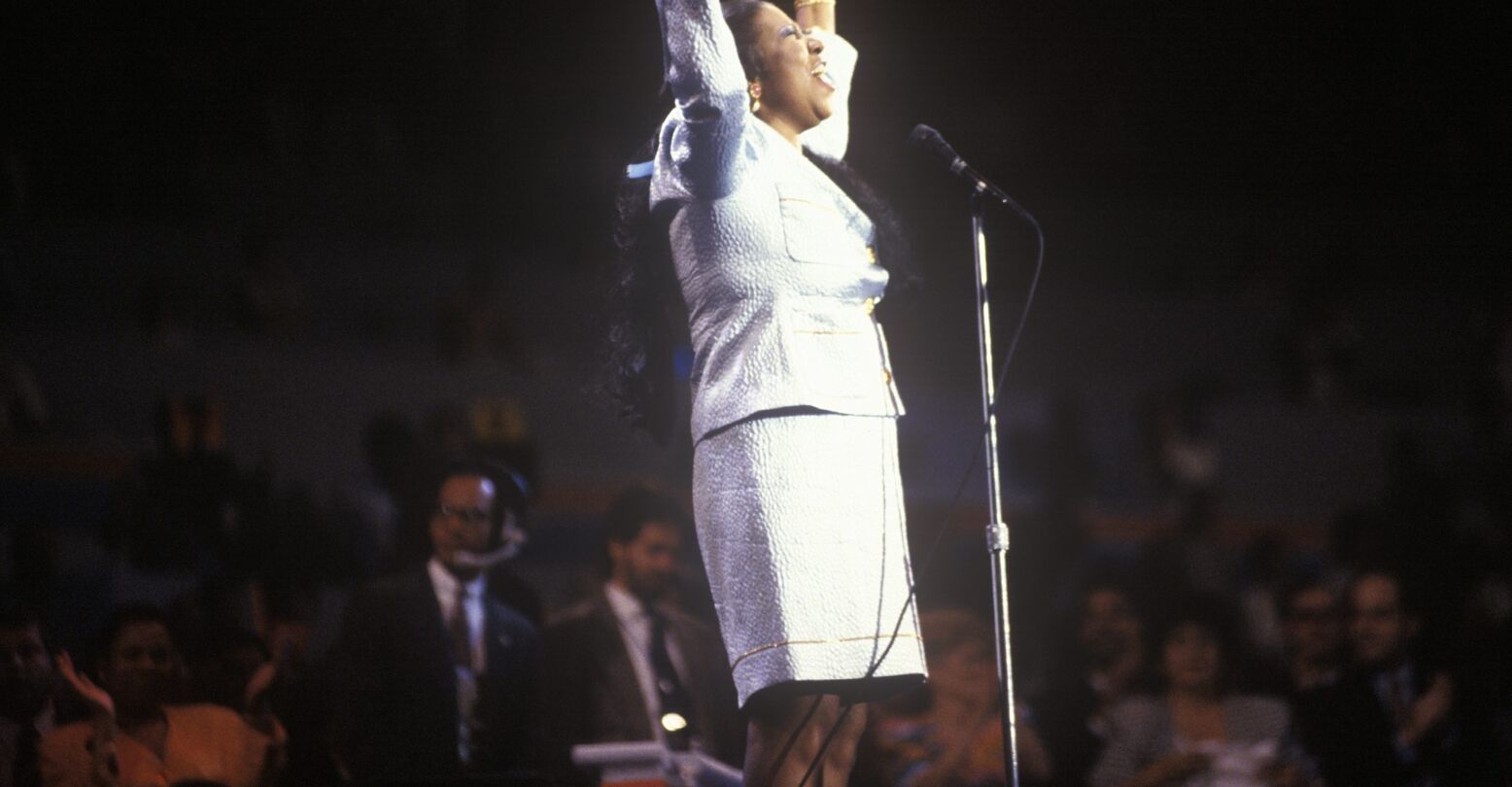 Oscar Winner Jennifer Hudson takes on the role of a lifetime as the highly-anticipated Aretha Franklin biopic Respect hits theatres this Friday (August 13.) Capturing the audience’s attention with the same intensity the Queen of Soul corralled international crowds with is no simple feat.

Fortunately, the actress has been building up star power since the day Franklin bequeathed the responsibility and great honor of portraying her life’s story onto Hudson. It was when Franklin first saw Hudson’s Oscar-winning portrayal of Effie White in Dreamgirls, that she personally cast the singer and passed forward the torch of her inimitable legacy.

Respect follows Hudson falling back into time, into the literal footsteps taken by her mentor and lifelong friend. Step by step, Aretha Franklin’s journey, from championing the church choir to selling 2 million copies of Amazing Grace, is rehashed for the sake of capturing the sometimes quiet and always unreserved truths that made Aretha who she was.

Unabashedly, the film delves into the complexities of stardom at the highest level, and in that respect, the scenes may be centered around Aretha Franklin, but each shot is also very much about those in her presence. Of course, there are those that tore her down like a controlling husband turned manager; and then there are those, like her sister Carolyn Franklin, who proceeded to lift her up from the gravity-esque forces of fame.

Liesl Tommy’s directorial debut grants audiences the view from inside the recording booth, directly across the faces of both Carolyn and Aretha as they come together to perfect Carolyn’s song Ain’t No Way. The scene in the studio between the two takes on the allegory of Aretha’s career-long battle for respect and in it, she adds her own artistic spin onto Carolyn’s song.

Watching Franklin take control in the studio is also about watching Carolyn step back accordingly and in turn, grant Aretha the volition the star often had withheld from her by those in control of her career. The inclusion of the exchange between the two in the studio working on Ain’t No Way is deliberate down to the song choice according to director Liesl and screenwriter Tracey Scott Wilson.

Tracey Wilson, a lesbian herself, was tuned into capturing the influence Carolyn had on her sister Aretha, “I found her [Carolyn]  incredibly inspiring, and I wish I had known that when I was growing up. To know that she lived openly at a time when it was so difficult would have meant everything to my baby dyke self. It was very important to Liesl and I that Carolyn’s genius and influence on Aretha be part of the story. I think one reason ‘Ain’t No Way’ is such a powerful classic is because Carolyn was speaking her truth in that song, and I hope seeing the creation of it inspires others to do the same.”

Liesl backs up Wilson’s passion with equal fervor, claiming “‘Ain’t No Way’ is my favorite Aretha song. And knowing what that song means to those in the know and how it represents Aretha’s support for Carolyn — its presence in the film was unquestionable.” Ain’t No Way was written by Carolyn Franklin who lived a proud and out life as a lesbian. After it was created, the assumption of all who truly heard its lyrical call became that Carolyn had written the song about another woman. With Aretha picking up the song and bringing it alongside her to the heights of fame, the tune was then transformed into a covert queer anthem.

Without hesitation, Liesl confirms both the queerness and deliberateness of the directing and writing duo’s song choice, “It is one of my favorite scenes in the film. I love the joy Carolyn expresses at hearing her sisters pour themselves into performing her song. She feels seen and heard. I hope those understanding Carolyn’s story also feel seen, heard, and loved.” Behind screaming fans and blinding lights, the small details of Aretha’s life are found and it is in the small recurring details, like the many moments with her beloved queer sister Carolyn, that we find what Aretha Franklin truly valued.