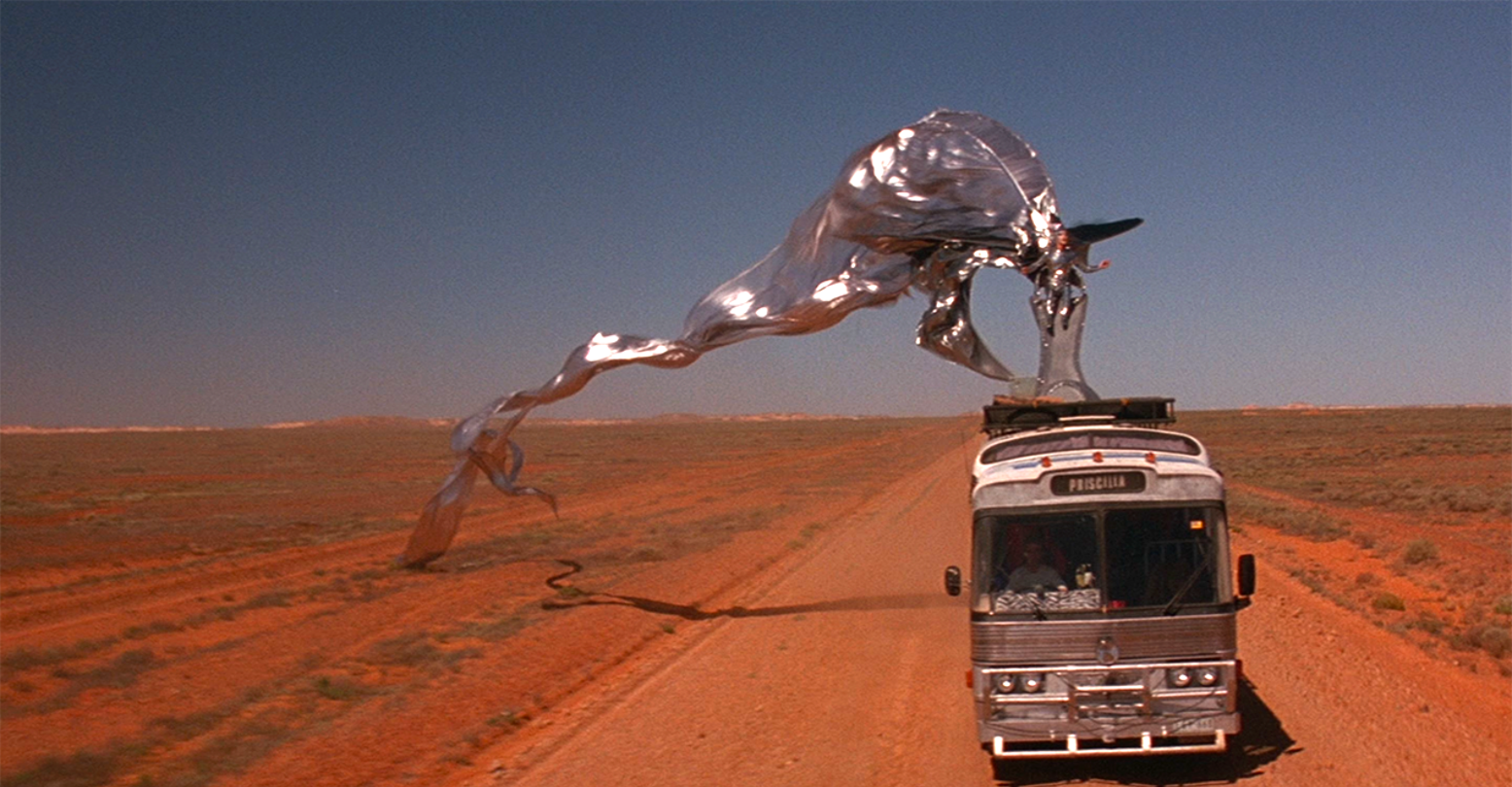 Everyone loves a good drag show. The energy, the laughs, the vibes – everything about it is fun and immersive. Even better than a drag show? A 90s film about a drag BUS! On June 2nd, Iconic Events is rereleasing MGM’s classic The Adventures of Priscilla, Queen of the Desert in select theaters.

The 1994 comedy stars in Terence Stamp, Hugo Weaving, Guy Pearce and Bill Hunter as they travel through the Australian Outback where they performed in small local bars along the way. The name “Pricilla” refers to the dingy tour bus they travel in, establishing itself as the “queen of the desert”. Weaving and Pearce both play drag queens and Stamp plays a transgender woman. At the time of its initial release, it was surprisingly a hit. Having introduced drag culture to mainstream audiences, it was a wild success. It’s no wonder that the beloved classic is still adored by queer and trans fans today.

The film even took home an Academy Award for Best Costume Design at the time. The costume was so iconic and has been integrated as part of costume history. The film’s costume designer Lizzy Gardiner and Tim Chappel took home an Oscar for their legendary work.

For the show, Gardiner wore a dress made from more than 250 American Express Gold cards. She had initially designed the dress for the film but ended up wearing it to the ceremony when it wasn’t in the final cut. The dress and other iconic costumes of the film have since been auctioned off to raise funds for AmfAR – the Foundation for AIDS Research.

The film quickly was implemented as an integral part of Australian pop culture and the LGBTQ+ community.

“The exuberant spirit of Priscilla – to let your flag fly with pride for who you are – was the right message for this groundbreaking Oscar-winning film and it resonates today now more than ever,” Iconic Events’ CEO, Steve Bunnell, said about the re-release. “We’re thrilled to be partnering with our friends at MGM and Park Circus to ring in Pride Month with a hugely fun, celebratory fan favorite that truly pops on the big screen and will leave you singing and dancing with pride in the aisles.”