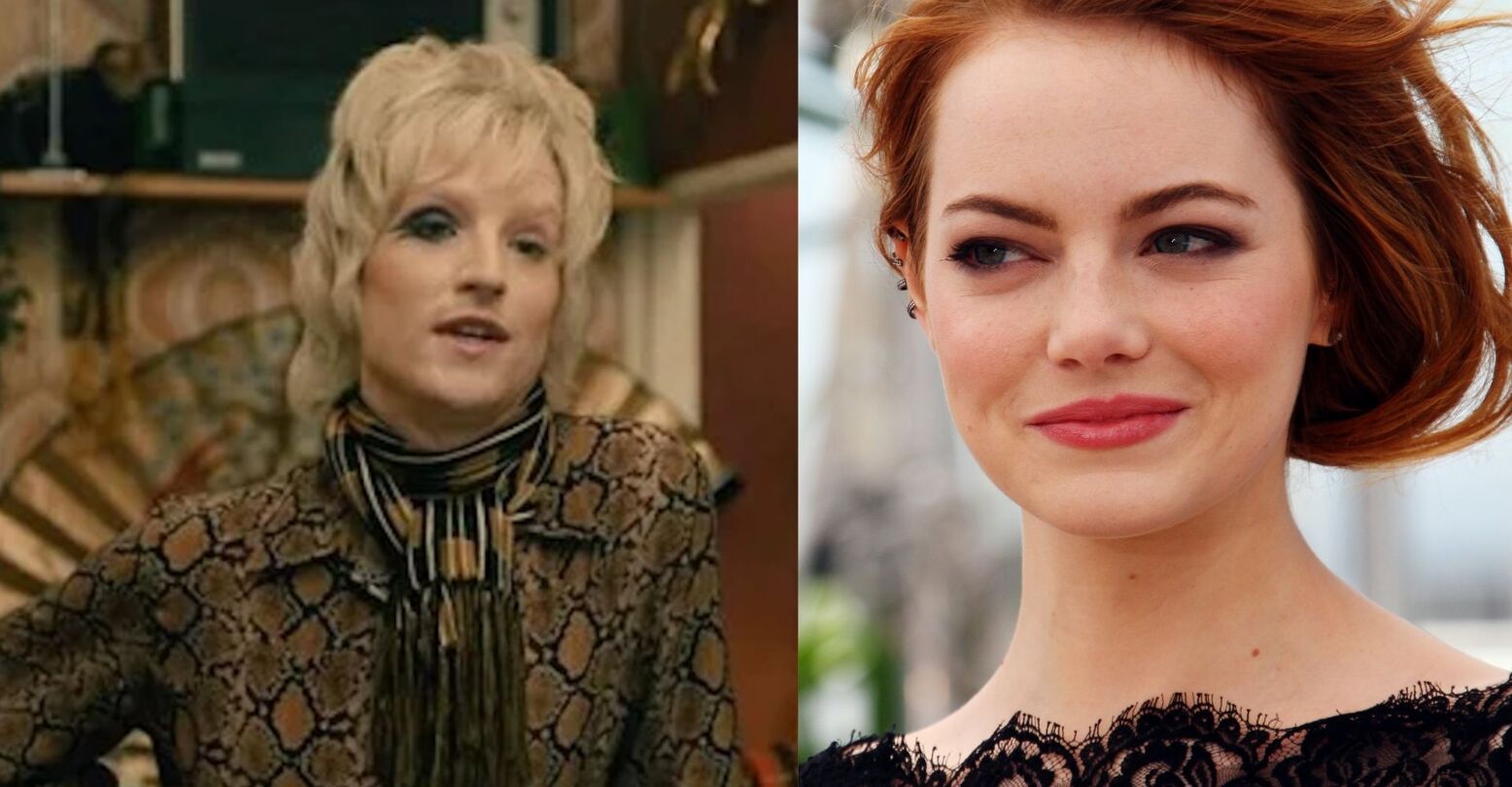 Cruella, the live-action remake of the 90’s kid classic 101 Dalmatians, comes out on Disney+ this Friday, and nobody expected Cruella would have to fight for the spotlight as the film’s most fabulous villain. Yet out-gay actor John McCrea as Artie, Cruella’s right-hand man, absolutely threatens to steal our attention away from De Vil like a pack of  polka-dotted puppies.

McCrea, the queer star of Everybody’s Talking About Jaime, takes on the role of Cruella’s personal fashion expert. As such, he serves as something of a queer henchman helping her on her notorious mission. All in the name of fashion, of course.

Yet Artie is no sidekick: he’s the first live-action Disney character who is queer both onscreen and off. While 2017’s Beauty and the Beast paid tribute to the out-gay Disney Renaissance lyricist and writer Howard Ashman with a subtle ">“gay moment” between Josh Gad’s Le Fou and another of Gaston’s friends, it was a bit too subtle for a mainstream audience.

McCrea sat down with the Gay Times to dish more about Artie, as to whether or not he played the role with queerness in mind, and to give the gays what they deserve: some on-set tea about working with Emma Stone.

When asked if he purposely depicted Artie with recognizable elements of the original character, McCrea didn’t beat about the bush: “Yeah. I think there’s an element of that in everything,” he said. “Yes, I did. I always knew he was [a gay character.]”

He then adds a seemingly minuscule detail: one that just breaks our queer hearts a little bit:

“Interestingly, in one of the first scripts, he was a drag queen.”

From the moment Glenn Close crushed the idea of the nuclear family with her take on Cruella in 1996’s live-action 101 Dalmatians, queer folks have been invested in the villain’s potentially queer or (queer-adjacent) backstory. McCrea explains that the drag queen concept was removed: “because everyone realized it was more important, like I said, that [queerness] is a lifestyle choice for him – it’s not a performance. But yeah, he’s fabulous in every single way. I think it’s important to say he is queer because obviously, lots of people were dressed like that at the time [who] weren’t necessarily queer, but in my head, he always was.”

“Marc Bolan was given as a reference, so I had him in my head a lot,” McCrea said. “When I went to the audition, I wore this shirt as outrageously as I dared, something I would never wear on the street. I actually borrowed it from my friend because I didn’t even have anything that outrageous, and I put it on in the toilet of the audition. I was thinking of David Bowie to Mark Bolan, but David Bowie is in the back of my head all of the time, no matter what I’m doing – even if I’m just in Tesco. So, I couldn’t escape it.”

Between rocking Mark Bolan’s fashion and having Miley Cyrus hair, Artie is most definitely a bolder take on queer sexuality than the Walt Disney Corporation has previously indulged in. “I don’t think Disney has ever had a character quite like Artie before,” McCrea admitted, “so I’m just really thrilled to be the person to bring that into that Disney world.”

As far as side by side with Emma Stone, the actress is all gas and no breaks, taking on the iconic villain with an “evil glint” in her eye.

Artie and Cruella seem tailor-made (pardon the pun) to fit into an already well-established trope: that of the fabulous, driven queen and her equally fabulous gay king ready to achieve their joint mission by any means. See also: High School Musical’s Ryan and Sharpay Evans, Mean Girls’ Damien and Janis Ian. The list goes on.

McCrea also took the time during his interview to acknowledge the historical period the film is shot within and how that influenced the dynamic:

“Times have changed a lot and we’re not all the way there, but in terms of representation, we are getting a lot closer,” he said. “I think when it wasn’t necessarily acceptable to be gay, that was a time when women were treated like second-class citizens much worse than they are today. Again, we’re still working towards 100% equality, but they’ve just always understood what it felt like to be at the helm of a patriarchal white man. I think they have that in common, which is why all of the divas are these women in these male-dominated industries who have said, ‘No, I’m taking the reins,’ and that is what Cruella does fantastically.”

McCrea suggests the relationship between Artie and De Vil exists as said place of common ground between ambitious women and gay men under the patriarchy: that together, they have a shared understanding. “He really gets it. I think that’s where they really join together, he understands how temperamental you can be if you’re bursting with all of these ideas and trying to get them out and the people around you don’t necessarily understand it.”

Even after all he’s given us, McCrea goes further, dangles a choice bit of dialogue before us, saying: “There’s a wonderful line where…he says, ‘People don’t always understand it, but I’m not here to be normal.’ I think they really gel together on that level.”

We’re not here to be normal, either. ♦