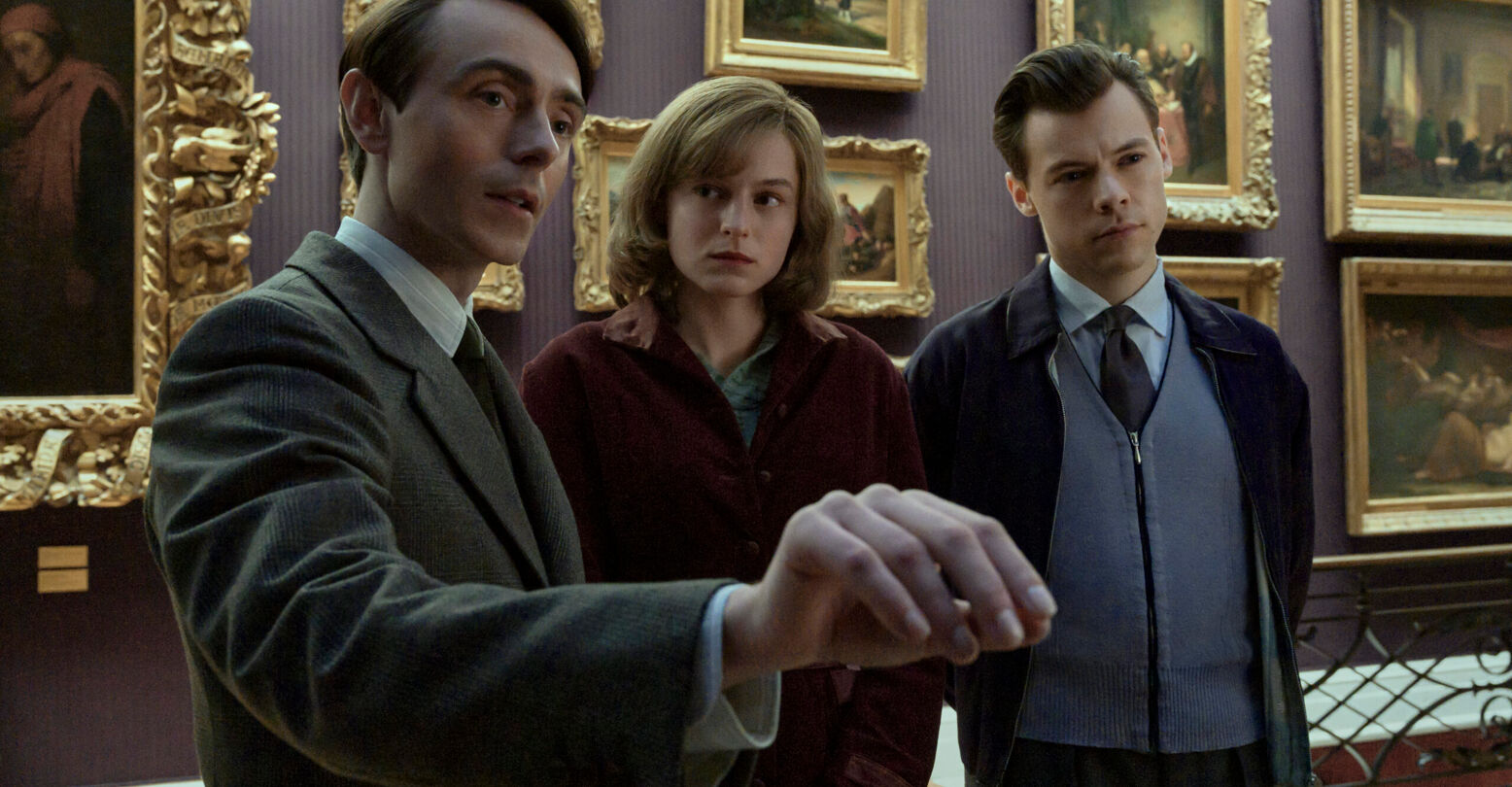 As Pride month continues rolling along, more queer content pops up too – this time with the film My Policeman. Based on the 2012 romance novel by Bethan Roberts, the book, and now movie, will tell the tale of the love triangle between policeman Tom, teacher Marion, and museum curator Patrick in the 1950s. With it being illegal to be gay in society at that time, Patrick and Tom create a forbidden relationship and an emotional journey for all three of them. Flash forward to the 90s, and the three have another chance to get things right and heal from the hurt of the past.

The film has an interesting connection with one of the producers, former professional soccer player Robbie Rogers. He received  a copy of the book and it changed his life.

“I was very much struggling with who I was. I hadn’t had a love story of my own. I was thinking about regrets and where I would be in 10, 20, 30 years”, says Rogers for Vanity Fair. “It was kind of like my coming-out book. I really think the book found me.”

With him and his husband, producer Greg Berlanti, as two of the producers on the project, they’re bringing to life a film that helped Rogers come out and will hopefully shed light on the trials and tribulations of forbidden queer love in 1950s Brighton, England.

In a time that has progressed much further than the time period that My Policeman depicts, it becomes an interesting reminder of what was. However, it’s definitely poignant when you consider the recent anti-LGBTQ legislation that has been passed, as of late.

“Unfortunately, we see what’s going on in Supreme Court, what’s going on in Texas, going in Florida, in different places in the world,” says Rogers of the increase in anti-LGBTQ legislation for Vanity Fair. “The world moves forward slowly and then there are very ignorant people that want to send us back to the ’50s.”

With the first look of the film out, the internet was a buzz.

I’m gonna have to watch because I know Emma is gonna eat idk 🤷‍♂️ https://t.co/Rd34XfEGvC