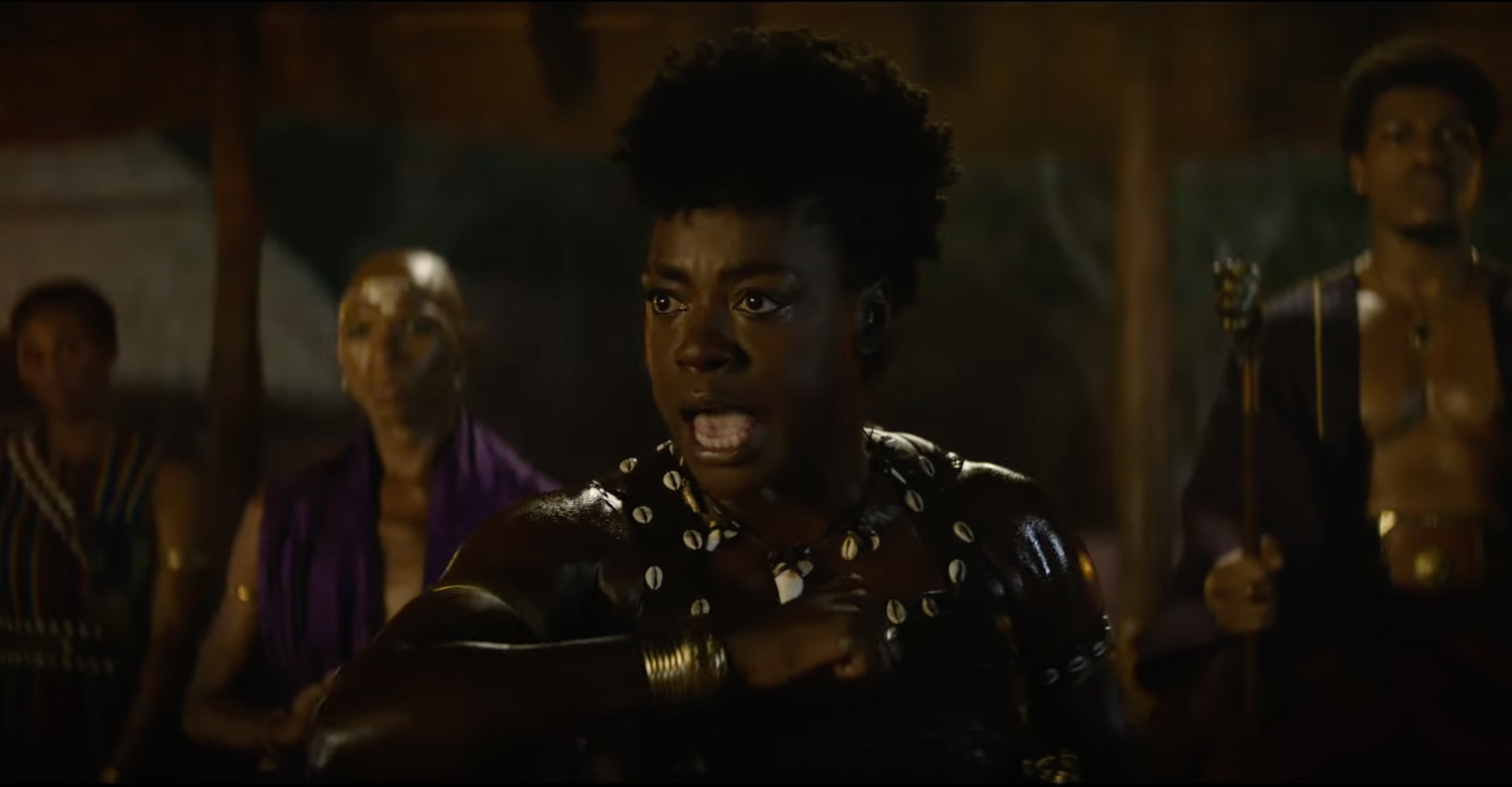 The first trailer for The Woman King was just released and the world has been changed for the better.

Directed by Gina Prince-Bythewood, who gave us films such as Love & Basketball and The Old Guard, The Woman King places the Dahomey Amazons, or the Mino of Benin, front and center. Following the lives of General Nanisca (Viola Davis) and Dahomey Amazon recruit Nawi (Thuso Mbedu), this elite fighting group defend their kingdom, their people, and their honor.

To the sound of Beyoncé’s “Power”, the trailer starts off with King Ghezo (John Boyega) speaking about an impending evil that threatens the state of the kingdom, more than likely alluding to the invasion of the French. This is followed by King Ghezo and General Nanisca conversing about the war to come. Based on the shots of the Dahomey Amazons fighting, which also include Sheila Atim and Lashana Lynch, I wouldn’t want to be on the opposite end of their strike.

The Dahomey Amazons were an elite group of women warriors who fought for the Kingdom of Dahomey, located within what is now known as the African country of Benin. Part of the inspiration behind Black Panther’s Dora Milaje and featured in HBO’s Lovecraft Country, these women were fierce. Along with being held in high regard within Dahomey society, historical accounts discuss how the Dahomey Amazons subverted “traditional” gender roles and ultimately bent gender to their will as leaders within the Dahomey military – badass behavior.

Aside from Mbedu, the rest of the cast are no strangers to blockbuster action films, Davis was featured in Widows, Boyega is a Star Wars alum, and Atim and Lynch were recently featured in the Doctor Strange sequel – not to mention Lynch taking on the role of 007 in No Time To Die.

The movie has been in development since 2018 and started filming in 2021. Now, with the first trailer released, the excitement for the film’s debut is massive.

THIS is the movie to hype up today https://t.co/8sYIpz12LV