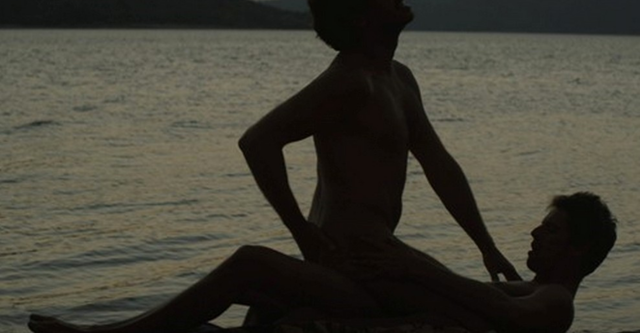 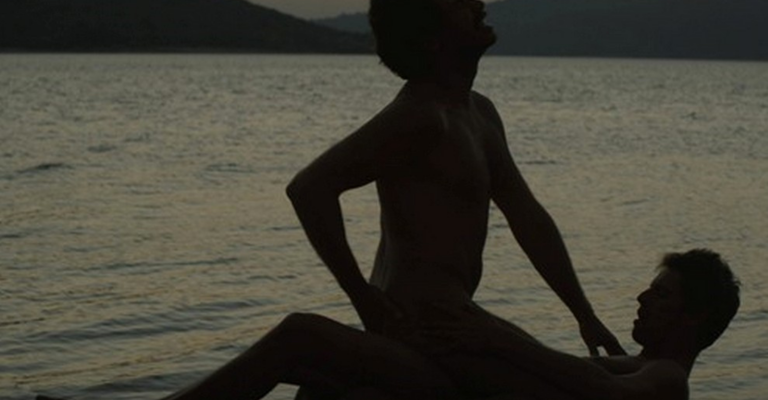 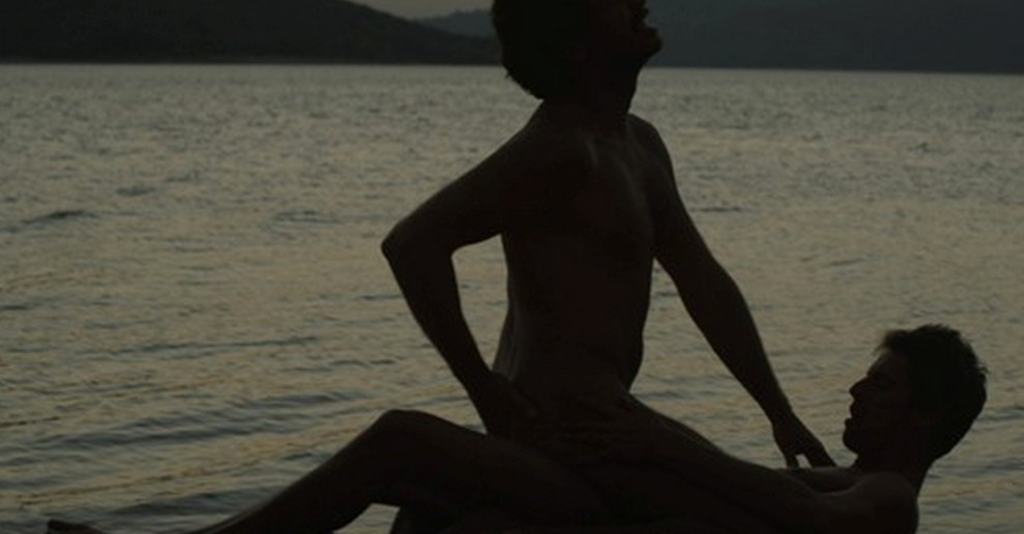 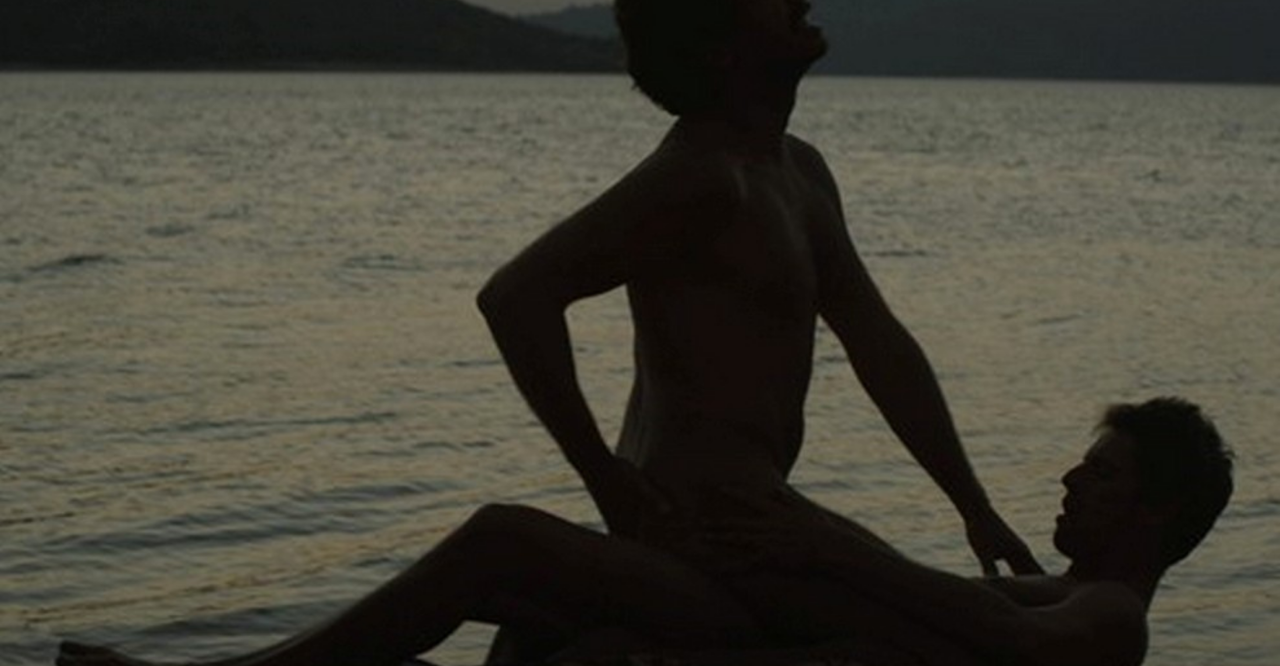 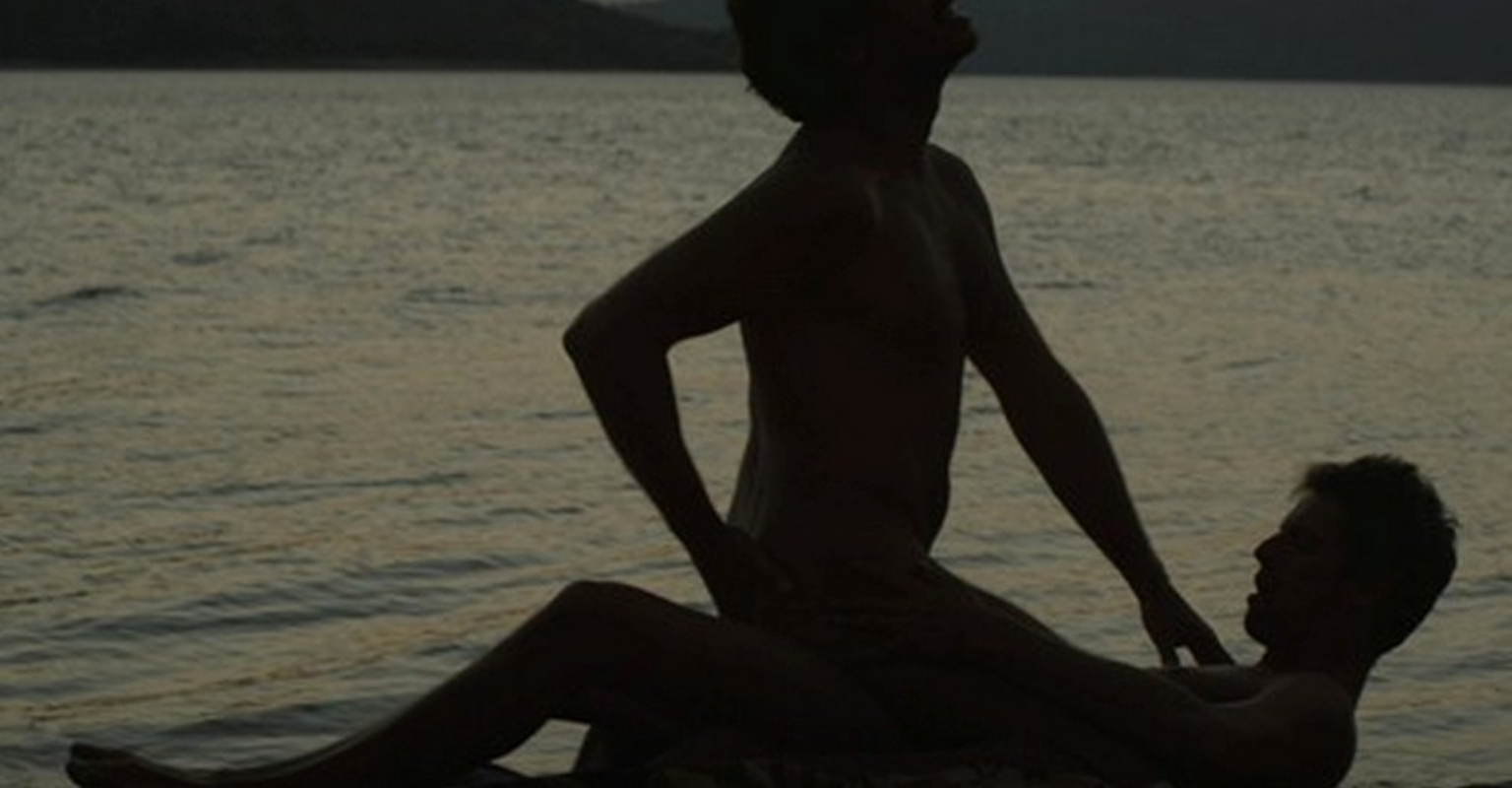 Whether you’re recovering from Friendsgiving or from being holed up with your laptop in your childhood bedroom, desperately hoping the far flung relatives you just shared a table with aren’t lying about their vax status, you need some decent queer art as a palate cleanser. Instead of giving The L Word: Generation Q another chance (you will be disappointed) check out movies (and one TV show) that are actually good and that you (and everyone else) haven’t already seen countless times. The following are readily available online. Enjoy!

Stranger by the Lake

Writer-director Alain Guiraudie’s 2013 film is for every queer who has hooked up with someone and thought, even for just for a moment, “Is this person a serial killer?” The main character, Franck (Pierre Deladonchamps) has no doubt. After he sees a hunky guy with a mustache at a cruising spot (where the entire film takes place) drown another man, he has sex with the murderer anyway. Stranger includes much matter-of-fact male nudity, lots of sex and some points about loneliness and the need for connection that feel very topical.

Can You Bring It: Bill T. Jones and D-Man in the Waters

Even straight people love Rosalynde LeBlanc and Tom Hurwitz’s underseen documentary from earlier this year, which resurrects the work of Black, gay, HIV-positive choreographer Bill T. Jones as he guest-teaches LeBlanc’s class of undergrads preparing to perform his most famous dance. LeBlanc is trying to inspire them with the art and the artist that changed her life, and damn if the film doesn’t have that effect on the rest of us.

If Queer Love in a Time of Encroaching Fascism Seems… Familiar

“Every girl gets a smooch,” says Ilse (Ellen Schwanneke) the charming troublemaker at a strict boarding school in Leontine Sagan’s luminous black and white film. She’s talking about their favorite teacher, Fräulein von Bernburg (Dorothea Wieck) who visits the dorm just before bedtime. When the lonely new girl, Manuela (Hertha Thiele) has her turn, the teacher kisses her on the mouth, unleashing an anarchic wave of joy. Made in Germany just before Hitler came to power, the film is still fresh, 90 years later, full of randy, rowdy girls (no men are in the cast) who tell the lone toady among them to shut the fuck up. This one is in the public domain, so you can watch it for free on YouTube.

In writer-director Wanuri Kahiu’s romance, soft butch Kena (Samantha Mugatsia) can’t keep away from glorious femme Ziki (Sheila Munyiva) and her long, pink yarn locs. Rafiki was banned in its native Kenya, not because the film is explicit (it’s not) but because the attraction that grows to an impermeable bond between the pair makes queerness seem too alluring. The impressionistic sex scene is one of the best in recent memory–between characters of any orientation.

After being caught with her girlfriend at the prom, Cameron (a surprisingly effective Chloë Grace Moretz) is sent to an evangelical Christian conversion “therapy” center in ‘90s rural Montana. Director and co-writer Desiree Akhavan wisely keeps the film’s focus on the friendship of Post with the two other less-than-eager “disciples” in the program, Adam (Forrest Goodluck) and Jane (a wonderfully deadpan Sasha Lane) who all smoke weed together and keep each other from believing the homophobic bullshit the program leaders try to impose on them.

I raved about this comedy series which centers on co-creator Bilal Baig’s Sabi, a nonbinary Pakistani Canadian, earlier this fall when the first three episodes, the best TV I’ve seen this year, played The Toronto Film Festival. HBO Max now has all the episodes streaming, and you have only yourself to blame if you don’t sit down to watch them.

Aerlyn Weissman and Lynne Fernie’s 1992 Canadian documentary  has interviews with a somewhat inclusive group (no trans women are in the lineup) of older queer women who describe pre-Stonewall life as, at times, thrilling and fun, a welcome change from the unrelenting misery too many films condemn queers from the mid-twentieth century to. Also if you want role models for being older, queer, and telling it like it is (and was), this film is the place to find them. Streaming for free on the National Film Board of Canada’s website.

In writer-director Javier Fuentes-León’s 2010 film, a closeted, married fisherman, Miguel (Cristian Mercado) in a conservative, Indigenous coastal village in Peru has an affair with rich, white, male artist, Santiago (Manolo Cardona) who one day disappears, leaving Miguel more mournful than he ever expected to be. When Santiago returns as an apparition in Miguel’s home, his church and on village streets, no one but Miguel can see or hear him, so the two can be a couple as they never could when Santiago was alive. Oh and yes, you can have (good!) sex with a ghost.

If You Wish Smart, Trans People Could Just Drown Out All The Shitty Conversations Cis People Have About Them

Filmmakers Aisling Chin-Yee and Chase Joynt’s documentary about Billy Tipton, a trans jazz musician who was outed after he died, takes a script from Chin-Yee and Amos Mac and intercuts it with compelling interviews with trans artists and thinkers like Susan Stryker, Marquise Vilson and Zackary Drucker. The film provides such a deeply felt counterpoint to how Tipton was talked about in the media, that those terrible old TV clips featuring his surviving family in front of hooting, hostile audiences (which are also briefly seen in the film) seem to fade before our eyes. 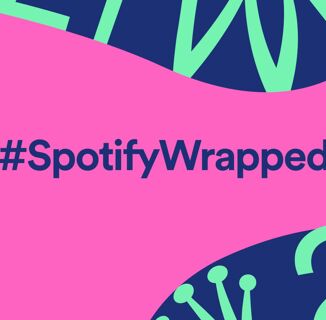