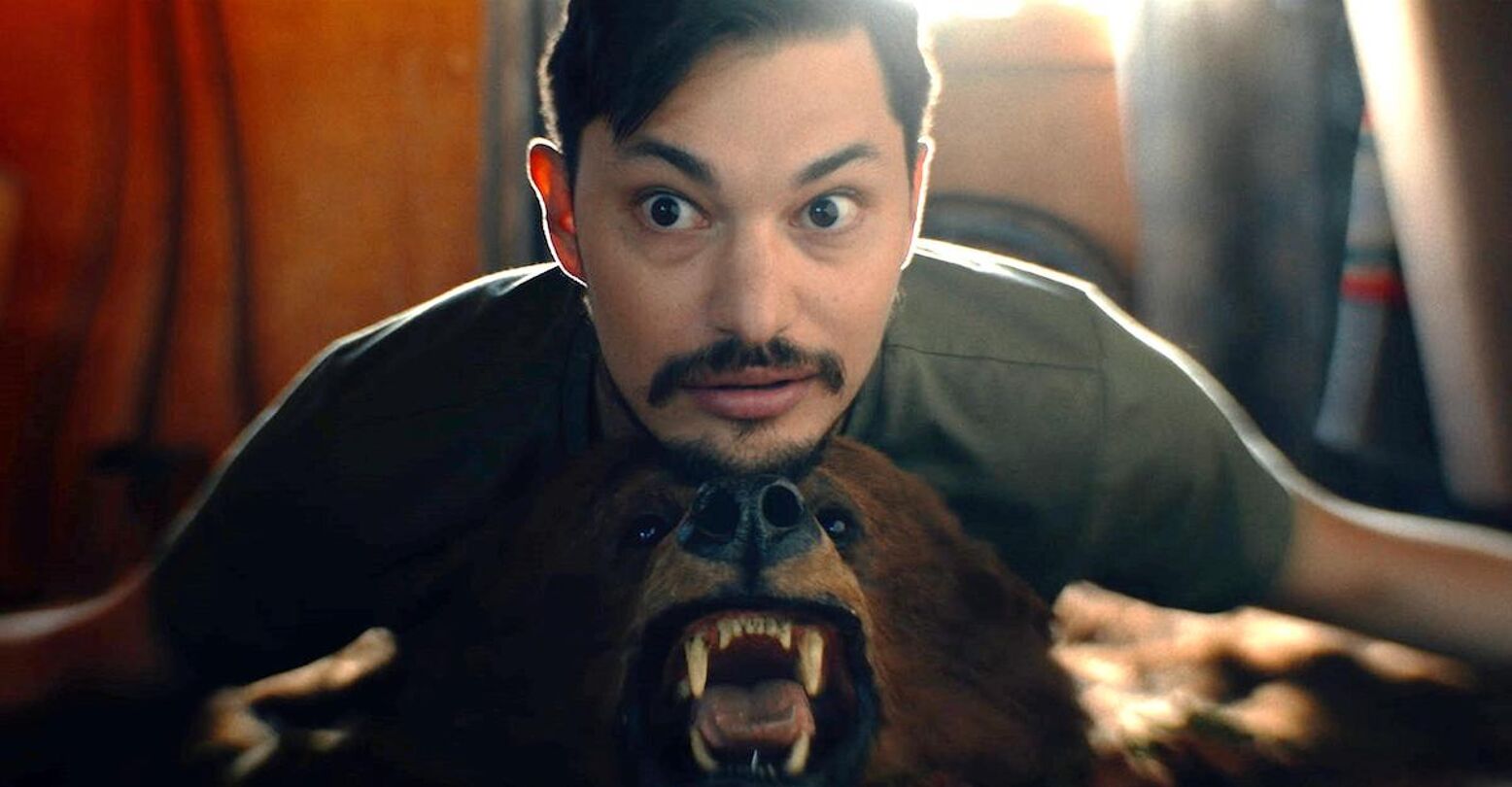 According to a recent survey, over one-third of LGBTQ+ adults struggle with depression, anxiety, and feelings of intense worry about the future. This revelation is hardly surprising, especially if you consider the world we’re living in. But while studies and surveys tend to center the queer youth populations that remain under attack due to 2022’s series of anti-gay and transphobic bills, adults are also less likely to report their declining mental health. At least one of the reasons is clear: we’re just too busy to center and prioritize our mental health. Declining to take poor mental health seriously, however, can create even worse issues.

Such was the case with director and writer Addison Heimann, whose debut feature Hypochondriac is an autobiographical story about what happens when depression and anxiety completely take over. The film follows Will, a potter living in Los Angeles, who falls into a sharp mental health decline after injuring himself at work. The film is marketed as a queer horror film, but it’s more psychological than that. Hypochondriac is almost a cautionary tale of what happens when we try to stop dealing with our demons and let them take the wheel. And yes, it’s just as frightening as it sounds.

INTO spoke to Heimann about channeling a painful personal mental health journey into his art.

INTO: I want to start asking the obvious: Since the film is based on your real-life experience, how did you translate it into fiction?

ADDISON HEIMANN: Basically, what happened is that I injured myself at work a while back, when I was working as a production assistant. I developed a repetitive strain injury that got so bad, to the point where I couldn’t even lift my phone. I couldn’t text, I couldn’t shave. And when I looked up my symptoms online, Dr. Google told me I was dying of ALS. And while that was happening, I was getting these random texts from my bipolar mother telling me I shouldn’t trust my friends. That confluence of events caused me to break down. Writing the script years later was kind of like therapy. My physical therapist was basically like, “Addison, you’re a writer. You should write this out.” So I changed the main character to a potter, both because pottery is really visually cool, and also because I wanted something to physically represent what it feels like to lose the use of your arms and access to that kind of artistry.

Yeah, that character was real. She was like, “I know that you’re working as a TA but can you get me my dry cleaning?'”

I ended up carrying these 80-pound lights up and down stairs with no freight. And as a production assistant, that’s actually illegal. I didn’t know that at the time. I don’t blame them completely, because I was also trying to prove to myself that I wasn’t dying by overworking myself. But I didn’t want people to like take offense and I didn’t want to piss anybody off. I also didn’t want anybody to know about all the stuff that was going on in my head. That’s ultimately one of Will’s fatal flaws in the movie. Hypochondriac is kind of a bait and switch, right, because all his symptoms are stress symptoms, but they’re also indicative of something bigger going on. I also thought I had multiple sclerosis. That’s the thing: the hypochondria itself is a manifestation of Will not dealing with his mental trauma from his mother. So he tries to solve all these physical symptoms, but what he’s not doing is dealing with that undercurrent of violence and trauma that he experienced from his mother as a kid.

It’s interesting, because my friend’s father is bipolar, and we talk a lot about how having a bipolar parent sort of primes you for like an abusive workplace.

I got a new therapist recently, and I didn’t really quite understand until recently that if you don’t get the things that you need from your parents as a kid—validation, love, encouragement—you seek it elsewhere. You’re looking for this validation from people who you may not necessarily be looking for it in healthy ways. And it can lead to, like you said, abusive relationships or workplace abuse. Because you’re just looking for somebody to tell you that you’re good. And that is such a negative consequence of parents who are both checked out or emotionally abusive or mentally ill. And it really sucks because I don’t hate my mom. It’s just that she’s Jekyll and Hyde. When she’s Jekyll, she’s a really nice person, but when she’s Hyde, she’s emotionally abusive and she’s leaving me voicemails telling me not to trust my friends.

“I don’t hate my mom. It’s just that she’s Jekyll and Hyde.”

It’s great in the film because it plays with your expectations. It’s like, “is this part of the drama? Does his mother know something?” Because even if a parent is mentally ill, you still have the impulse to trust what they’re saying.

Especially because the voice sounds like the same person. Jekyll and Hyde sound the exact same, right? So even if it’s completely illogical, there’s still a little part of you that’s inclined to believe it.

In the film, Will keeps hallucinating these wolf figures. Was that how it manifested in your life?

I suffer way more from OCD and catastrophic, intrusive thoughts. Thankfully, I’m not bipolar. But that image of Will cutting his arms was something that was with me for months. It was something I fantasized about and obsessed about, partly because my arms were so much in pain, but partly because if I cut them, I thought “I’ll finally have something for the doctors to fix.” But the wolf was more of a metaphor. It’s a physical manifestation of his childhood trauma, and I really liked the idea of a man in a wolf costume. I’m obsessed with Donnie Darko. But also there’s something visually about a wolf, especially one that’s also partly human. There’s this interesting kind of push-pull, like, this creature that’s domesticated but also rabid.

And I think,  like I mentioned earlier, it shows Will’s fatal flaw of choosing to try to solve the symptoms of the disease and not the underlying trauma he’s pushing away. The more he does that, the more transformed and monstrous and violent the wolf becomes. It’s kind of equivalent to No Face from Spirited Away. It’s not like the wolf is bad, it’s just that he’s in a toxic environment he can’t handle. So by the end when Will is finally like, “Okay, I’m ready to do the work,” and you seem at the bench at the end with the wolf next to him, It’s the idea that mental health never goes away, it’s never going to something that that that disappears, but it is manageable, and there is hope. But you have to do the work. That’s one of the hardest lessons that I had to learn, because the work is hard to do. Fortunately, when I asked for help, the help came. And I’m forever grateful for that.♦

Hypochondriac is currently in theaters and is available on VOD and digital.