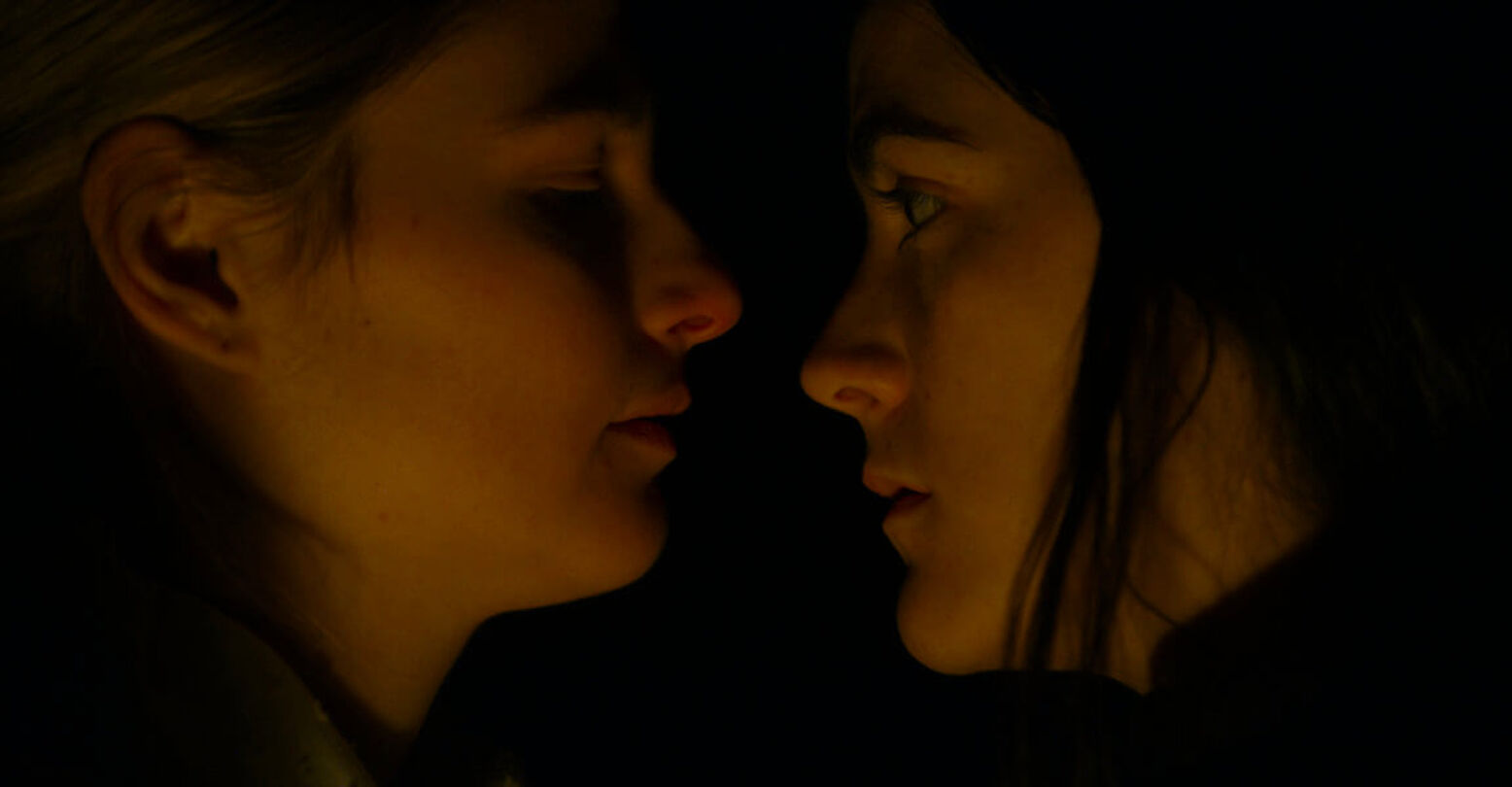 Horror films often see their characters seeking after God for refuge. Whether it’s to exorcise a demon or to fend off evil spirits, the genre has commonly allowed faith in a higher power to triumph over evil. However, in writer-director Edoardo Vitaletti’s feature-length debut, The Last Thing Mary Saw, there’s little comfort to be found in faith or religion.

Set in 1840s New York state, a young woman, Mary (Stefanie Scott) is being investigated after a recent tragedy at her family home. Divided into three chapters, she recounts the events leading up to the incident in question. In doing so she reveals her romantic relationship with her family’s maid, Eleanor (Isabelle Fuhrman), and the subsequent punishment they experienced at the hands of her stringently god-fearing grandmother (Judith Roberts).

Vitaletti is less interested in abiding by the genre conventions that you might expect to see in a feature debut, you’ll find no generic jump scares here. Instead, he paints a damning portrait of queer sexual repression through the lens of horror. As well as steering clear of the predictable scares, The Last Thing Mary Saw refuses to tell its story at any kind of heightened pace, it’s the very definition of a slow burn. Viewers will need to accustom themselves to this pace, which whilst more restrained than most in the genre, is nonetheless consistent and feels appropriate for the nature of the story being told here. Albeit, it will feel too meandering for those viewers who have come to expect horror to be nothing more than an adrenaline-fuelled ghost train ride.

Not willing to sacrifice their love for each other, Mary and Eleanor are forced to endure all manner of cruel punishments inflicted upon them, in order to atone for their so-called sins and to serve as corrective measures. The horror witnessed here is often grounded in reality and demonstrates the old-fashioned rejection of anything aside from biblical teachings. Vitaletti’s representation of queer people in the midst of persecution is impressive, accurately showcasing the trauma it causes whilst also reminding viewers that queer love always manages to find a way. “I’m tired of a life spent hiding” admits Eleanor, proven by the couple’s reluctance to justify their love for one another. These characters simply exist, they don’t question themselves or their sexuality, all that they need to decide is how far they’ll go to be free from the abuse of the place they’re trapped in. In doing so Vitaletti’s film joins other recent titles in the horror genre such as The Fear Street Trilogy (2021) and Spiral (2019) that see queer characters at the center of the story, as they are, as they should be.

The horror witnessed here is often grounded in reality and demonstrates the old-fashioned rejection of anything aside from biblical teachings.

Vitaletti’s cast—several members of which have previous horror experience—is strong as a whole with no one performer overshadowing the next. Scott and Fuhrman show the juxtaposition of queer joy and suffering well. Their more muted nature in moments may leave audiences wanting more, but that’s not necessarily a bad thing. In contrast to their quiet innocence is the inherently evil nature of those persecuting them. Roberts has great presence as the family’s intimidating matriarch giving the most sinister turn of the film, whilst Rory Culkin’s “Intruder” further adds to the antagonists’ concoction of nastiness. However his character, described here as “a monstrous birth” due to the birthmark on his face does negatively contribute to the harmful trope of facial disfigurement being associated with villainy in film. Although in this instance an argument for its inclusion can certainly be made by way of historical context, nonetheless it’s something that would be good to see Vitaletti avoid in the future.

The film builds to an eventful final act that plays out in truly intriguing fashion thanks to earlier narrative decisions – it’s clear Vitaletti has given careful thought to his writing. The interrogating constable must then cast his verdict on the events described to him by Mary. When the credits roll they do so as calmly as the film that came before it, reinforcing Vitaletti’s confident, patient style of filmmaking. Whilst not without fault or room for improvement, The Last Thing Mary Saw demonstrates an alternative style of horror while showcasing a new talent who is keen to explore interesting avenues of the genre, pulling from some fascinating influences. In achieving such a competent feature debut The Last Thing Mary Saw will hopefully be only the first thing viewers see of this promising new voice in horror.

The Last Thing Mary Saw is available to stream on Shudder.