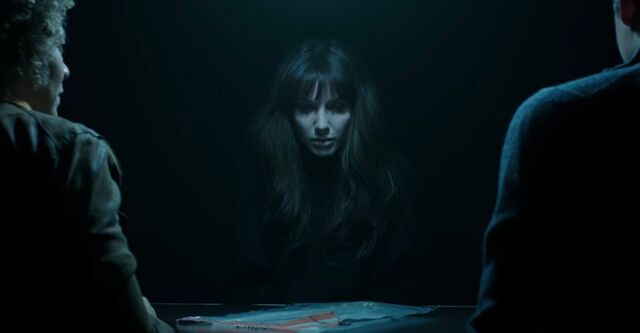 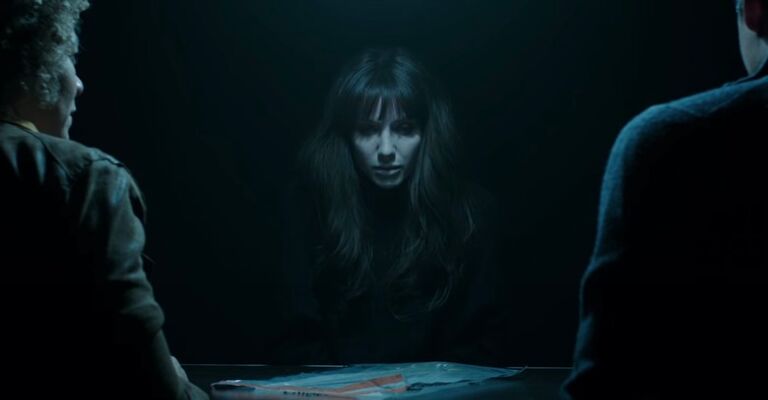 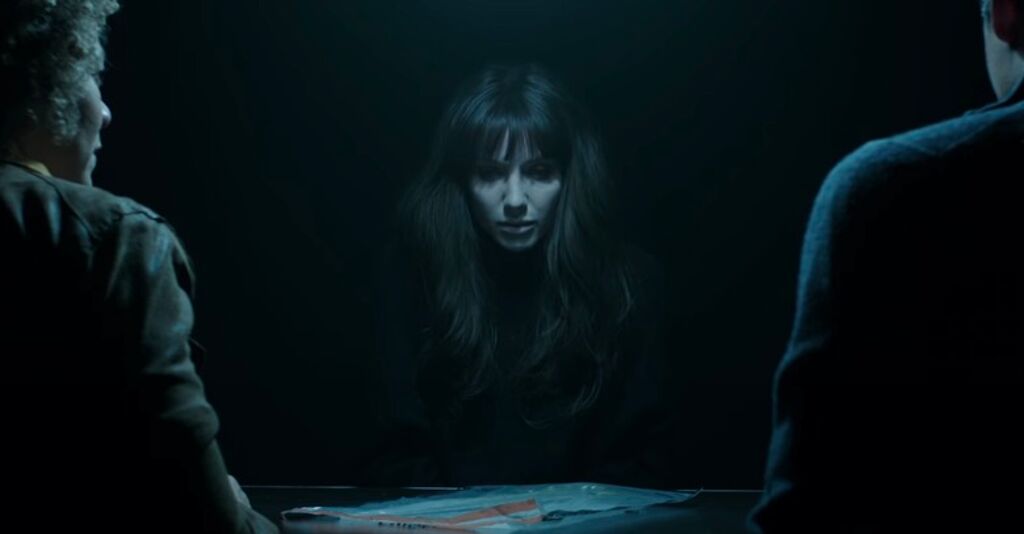 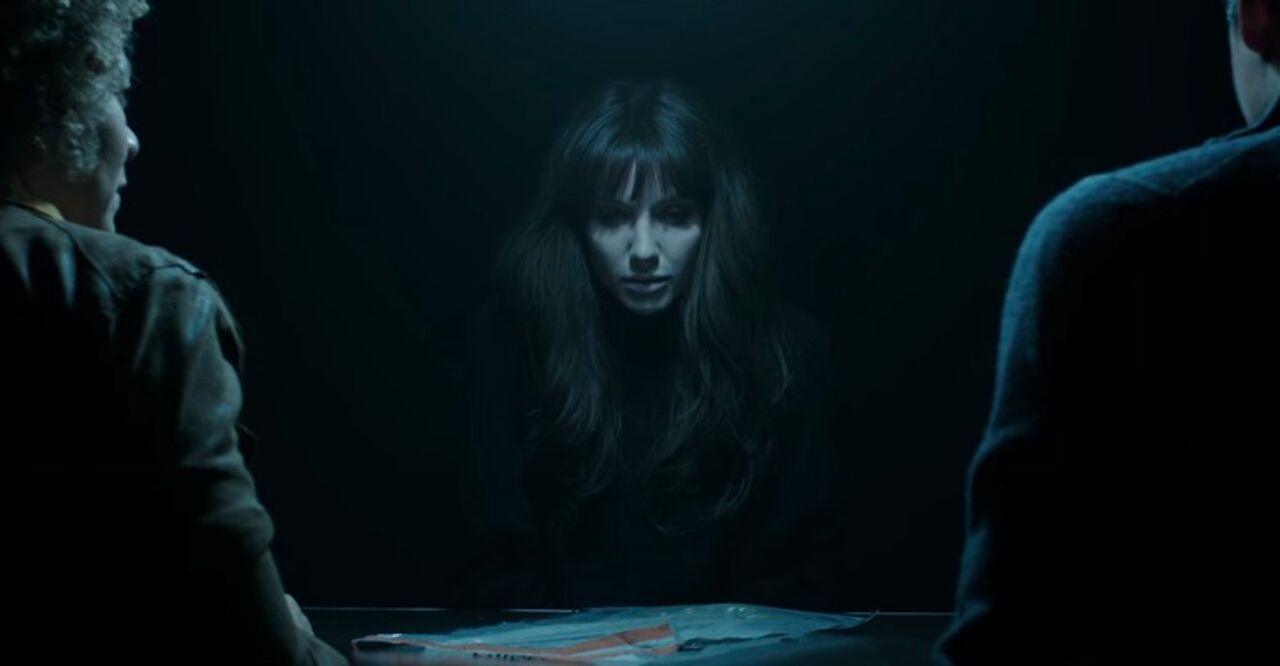 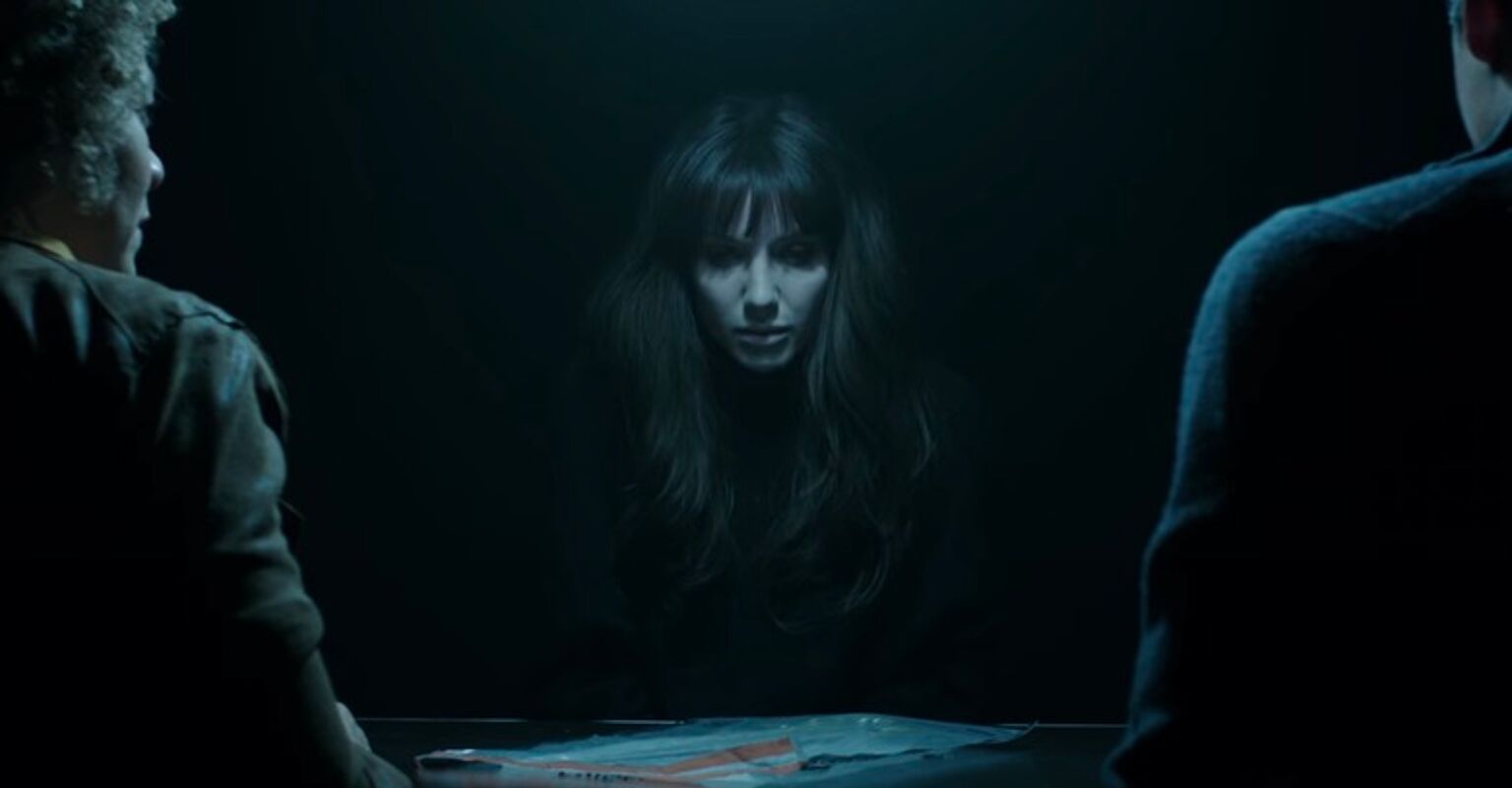 Horror movies can be quite a mixed bag. The best ones have you gasping and screaming along with the characters onscreen, your every muscle clenched as the killer picks everybody off one by one. Others can leave you scratching your head and wondering what the hell just happened. In the best horror films, you get a bit of both.

Look, I’m not saying James Wan’s Malignant is a masterpiece. But for me, it touched on that sweet spot between high camp and high allegory. To be clear: this movie is not subtle. When one character gets murdered, we see his home in a wash of red light directly before the killing. In the film’s opening, we get the classic “institutional diary” framework favored by so many campy horror classics. Watch out: this kid’s under observation, and we don’t know why, but chances are, it’s for a very fucked up reason! We see one of the intake doctors recording a video diary of a patient who needs an extreme, drastic surgical intervention. “It’s time to cut out the cancer,” the doctor explains. We watch as a small child—wearing fuzzy panda bear socks—is strapped into a chair and the surgery begins.

“I wanted so much to have a blood connection with someone,” she says. “A biological connection.”

Now without even getting into the weeds of it, this is a pretty recognizable trans trope. A child, seemingly normal and fine, is told they’re disruptive and that they need to be changed on the level of brain structure in order to fit into the workaday world? Trans red flag number 1!

Flash-forward to the present day, where the pregnant Madison (Annabelle Wallis) is returning home from work, bemoaning her difficult pregnancy. She gets into a fight with her abusive husband and he slams her body against the wall, causing Madison to bleed from the back of her head. It also causes her, we’ll learn in the next scene, to lose the baby. Because of course it does. But before that point, the abusive boyfriend is stalked and killed by a shadowy figure who seems to be coming for Madison, too.

This gives us our first good kill—but does it elucidate anything? Absolutely not. Is the shadowy figure pro-Madison or anti-Madison? On the one hand, it killed her abusive husband. On the other hand, it killed her baby. This will become important later!

When Madison is in the hospital recovering from her attack, her sister Sydney comes to visit and tells her she lost the baby, one in a series of miscarriages. This causes Madison to lose her shit, becoming almost catatonic in response. “I wanted so much to have a blood connection with someone,” she says. “A biological connection.”

Madison then tells Sydney that she was actually adopted by Sydney’s parents a few years before Sydney was born, which is news to Sydney! Apparently, too, all this shit happened when Madison’s adopted mother was pregnant with Sydney. Apparently, Madison kept talking to an imaginary friend named Gabriel, who kept telling her to do horrible shit to the baby. But once Sydney was born, Gabriel went away mysteriously. And now, he’s back.

So who the fuck is Gabriel? Well, he’s a spindly, Slenderman-esque presence who decides to take out all the folks responsible for performing that “it’s time to cut out the cancer” surgery we saw in the first scene. At one point, before killing the doctor who initiated the surgery, Gabriel says in a distorted tone “I want you to see what the cancer has become.”

There are a few odd things about Gabriel, however. First off, he has long, black hair like Madison’s. He also happens to dress like a bonafide egg circa 2008, wearing a form-fitting hot-topic trench coat that kind of flares at the bottom. So yes, Gabriel is basically wearing a dress while he’s brutally murdering all these people.

It’s obvious that Gabriel and Madison have some kind of relationship to each other. She can hear him talking to her and calling her by her assigned-at-birth name. He even taunts Madison, saying that her “real” name is Emily and that Madison was a name given to her by her “fake mother.”

This leaves the viewer wondering a few things:

It could be anything and everything, folks, especially with the added detail that Madison sees all the murders Gabriel commits as they happen. She describes it as a frozen, catatonic state where she simply sees the activities being carried out in front of her as if she’s in the room, but she can’t make them stop or make herself be heard. It’s like somebody else is driving her body around.

Which, and yes SPOILER ALERT, is exactly what’s happening.

Weirdly enough, Gabriel isn’t a “boymode” version of Madison or a repressed assigned-sex-at-birth identity (though that would be cool and hilarious, somebody make that movie.) Instead, Wan drew from the Victorian urban legend of Edward Mordake, a man who, as the story goes, was born with a face at the back of his head. Not only was this face distinct from Mordake, it was said to whisper evil thoughts in his ear, leading him to commit terrible crimes. Sound familiar? If so, you probably remember another character inspired by the Mordake legend from “American Horror Story Season 4: Freak Show.”

This is basically what happened to Madison at the start of the film. She was dropped off to the institution by a very young mother forced into it by her parents, who called the child an “abomination against God.” Emily was born with Gabriel, her “parasitic twin” on the back of her head and shoulders. The only thing was that Gabriel was hella evil, and that’s why they had to “cut out the cancer” to save Emily/Madison at the beginning. But they didn’t cut all of Gabriel out: since the twins shared a brain, they had to “merge” the rest of Gabriel with Emily’s skull (yes, you’re correct, it makes no sense.) When Madison’s boyfriend hit her head against the wall, he “reawakened” Gabriel, who has been using Madison’s body to commit the murders.

So yes, apart from this story making zero sense even in the realm of horror, it’s a pretty damn trans setup. A “parasitic twin” who wants to use your “transitioned” body to get revenge against the doctors who did it? That’s some trans shit right there. This movie would have been more interesting, in fact, if they’d have leaned into the idea of “omg my birth gender is coming back to destroy me and all my GRS doctors!” But I get it, this is, like so many others, a straight cis movie for straight cis people.

There’s another, less obvious aspect of transness to this story, however. Madison’s sister Sydney is the one who ultimately allows Madison to assert control over Gabriel and “imprison” him in her mind (yeah, it doesn’t make any sense onscreen either.) How does Sydney do this? By screaming out “Gabriel killed your babies!” Remember how Madison kept having miscarriages? Well, apparently this was Gabriel’s way of getting stronger—by eating the embryos and causing Madison to miscarry. TRANS!!!

When Madison tells her sister Sydney that she always longed for a blood connection with someone, she admits that it was “in front of her all along” in her relationship with Sydney, her true sibling. Madison might not ever be able to get pregnant (another trans female horror trope) but she’ll still have a loving family no matter what.

That’s probably the most explicitly trans aspect of the film: realizing that, although biology will always lay claim to certain aspects of your life, your chosen family can mean just as much as your biological family. And maybe, if you’re lucky, they can help undo some of the damage done by that first family.

So, in conclusion, is this shit trans? I’d say it’s definitely got more than a few trans themes going on. The harder question to answer is whether or not this is a good movie, which…the jury’s still out, folks. ♦