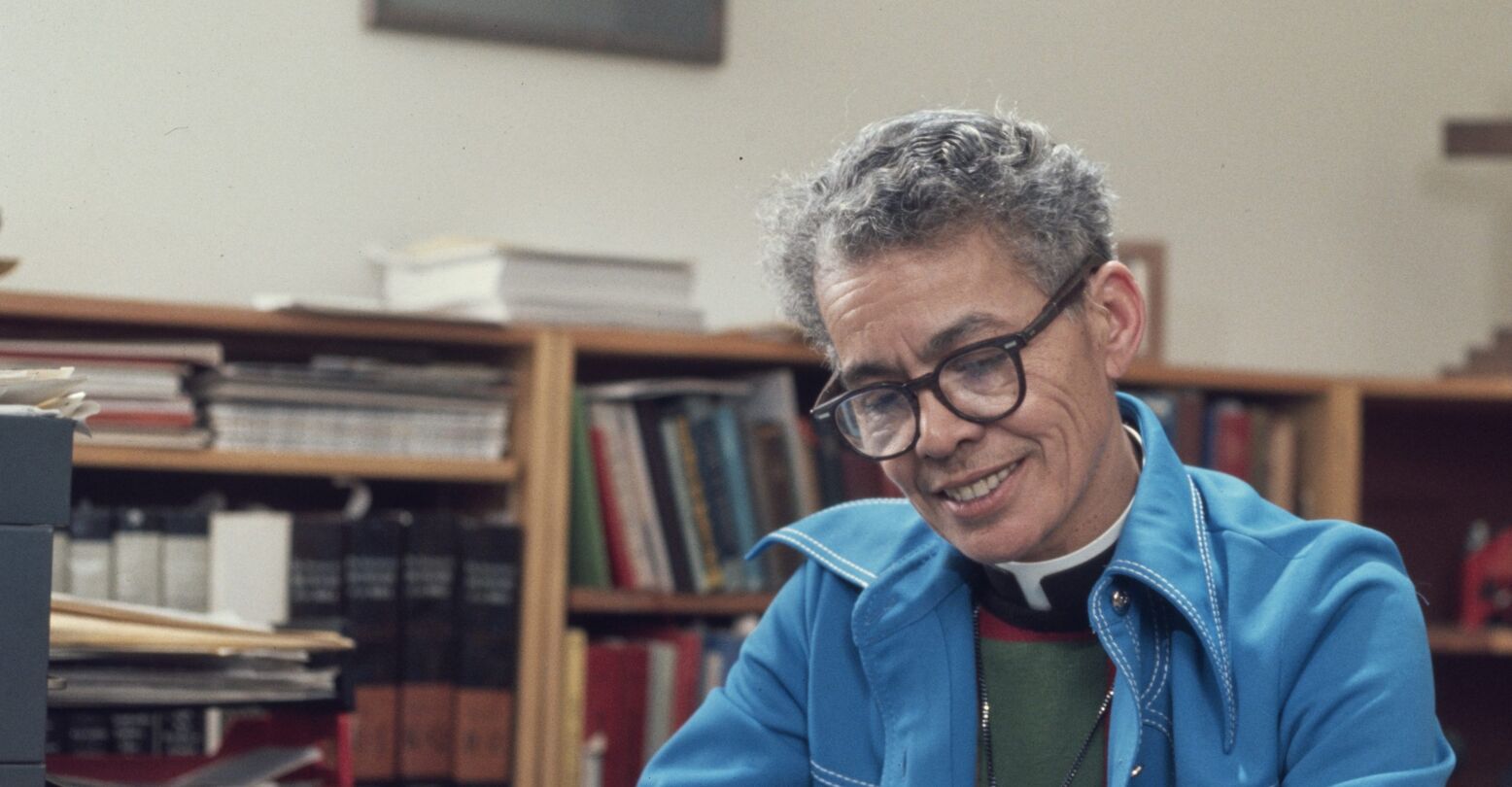 Writer, lawyer, priest, poet, activist: Pauli Murray fit a lot of titles into one, incredibly packed life. And chances are, even if you think you know the story of the towering Civil Rights icon, the new Amazon Original documentary “My Name is Pauli Murray” is about to give you even more insight into one of the 20th century’s most impactful, yet little-acknowledged leaders.

Murray grew up with their grandparents in North Carolina after being orphaned at a young age. Upon entering college, they soon learned that the world was not receptive to the ideas of a queer Black, female-presenting person working in the South. As a lawyer and activist, Murray fought against the oppressive sexist and racist laws of the Jim Crow era, which they termed “Jane Crow” for their doubly adverse effects on Black women and queer folks. When Murray wrote a senior thesis on whether the Plessy v. Ferguson decision—instrumental in establishing the “separate but equal” mandate that legalized segregation for decades—should be overruled, their paper made it to the Supreme Court. That was just the beginning. Throughout their life, Murray occupied the painful yet important position of Black pioneer several times over. They were the first Black scholar to receive a Doctor of the Science of Law degree from Yale, and served as California’s first Black deputy attorney general. They were named “Woman of the Year” by Mademoiselle magazine in 1947. At this point, their work was just beginning. And their writings on and study of institutional racism within the legal system had Civil Rights leaders like Bayard Rustin and James Farmer taking notice.

The forthcoming documentary “My Name is Pauli Murray” features interviews with the late Ruth Bader Ginsberg (“she was a fiesty woman!” the Supreme Court Justice remembered) Chase Strangio, and Raquel Wills. It also dives into Murray’s non-binary identity and the challenge it presented Murray during the years they were fighting not just for equal rights for Black folks, but advocating for equal treatment for Black femmes, women, and non-binary people.

Murray’s story is a complicated and thrilling one, but not without plenty of painful moments. “I don’t know what pronouns Pauli would use,” one trans scholar admits in voice-over, nodding to the fact that even trying to tell Murray’s story can end up doing the work of shrinking that story to fit a certain, modern narrative.

However Murray might have identified, “My Name is Pauli Murray” seems like it does their story justice. Of course, we won’t know for sure until the film drops on Amazon Prime on October 1st.