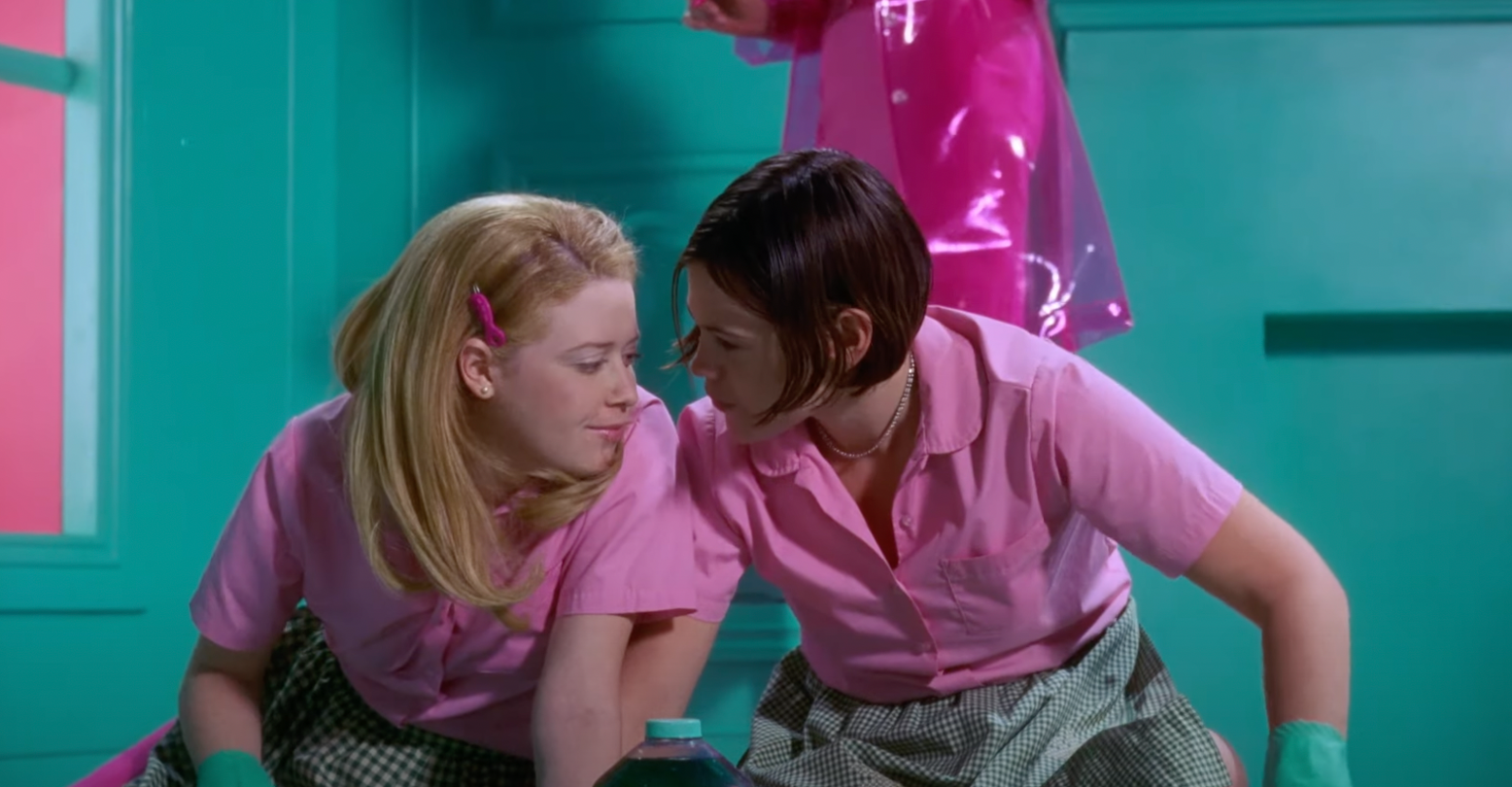 Looking for an extensive list of sapphic films for Pride month? Look no further than this viral Twitter thread from @99cheerleaders to help you out.

SAPPHIC FILM RECOMMENDATIONS; a thread in honor of pride month

The Children’s Hour (1961)
Two longtime friends run a boarding school for girls. When a student there is punished for lying, she plots a story that the “two longtime friends” are in a lesbian relationship. pic.twitter.com/YHzkFoVAbk

Or maybe you’re looking for something more campy. Then you should watch Natasha Lyonne and Clea DuVall in But I’m a Cheerleader or maybe a spy comedy like D.E.B.S.

But I’m A Cheerleader (1999)
High school cheerleader Megan gets sent to conversion therapy after her parents suspect her of being a lesbian. When she’s there however, she meets fellow teen lesbian Graham, and Megan soon starts to develop feelings for her. pic.twitter.com/VikDGn4Kgg

D.E.B.S (2004)
D.E.B.S, an elite national defense group, is sent on a mission to track down lesbian supervillain Lucy Diamond. Amy, a member of D.E.B.S, begins to fall for Lucy, which causes a rift and loyalty is put to the test. pic.twitter.com/sEAn7A2Slj

It could be that you’re searching for something with a bit more thrill. If so, check out this South Korean psychological thriller The Handmaiden.

The Handmaiden (2016)
A woman is hired to be a handmaiden to a Japanese heiress, but little does she know that she’s involved in a plot to secretly defraud her. pic.twitter.com/5aXgbKCIfe

Perhaps you’re looking for indie films, like Cheryl Dunye’s The Watermelon Woman, which was also the first narrative feature released by an out Black lesbian filmmaker.

Or if you’re looking for all the feels, try out Summerland or the Japanese romance drama Blue.

Summerland (2020)
During WWII, Alice, a writer, adopts a evacuee where they soon learn that they have a lot more in common than they thought. After accepting his presence, Alice recalls her relationship with Vera, a woman she fell in love with during her time in university. pic.twitter.com/RnK2QyPS1I

Whatever your genre tastes, there’s a film that’s waiting for you on the thread. Consider adding some of these sapphic films to your own collection this Pride month.