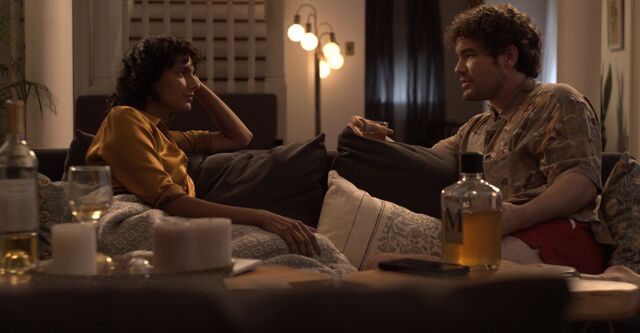 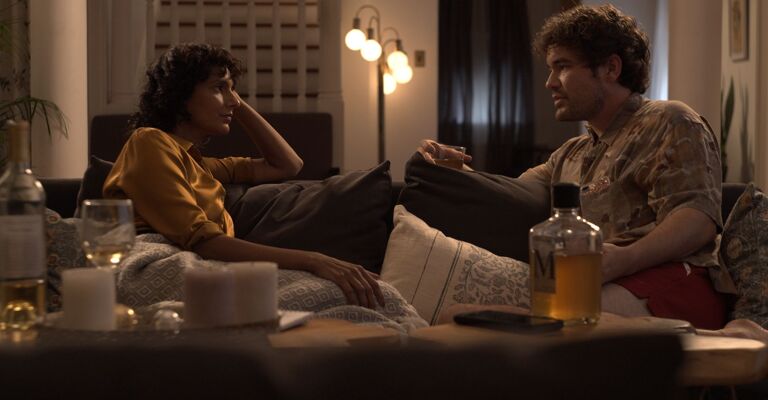 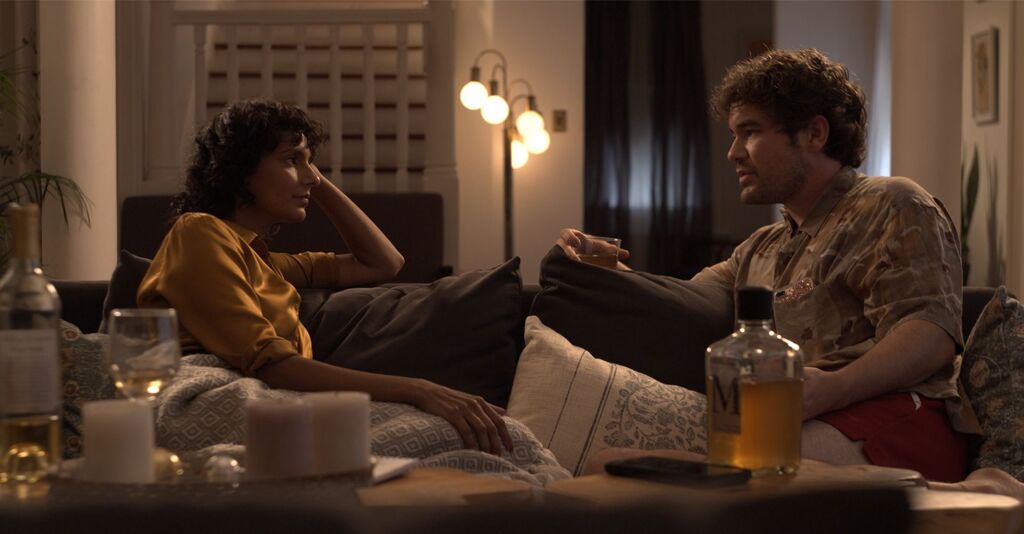 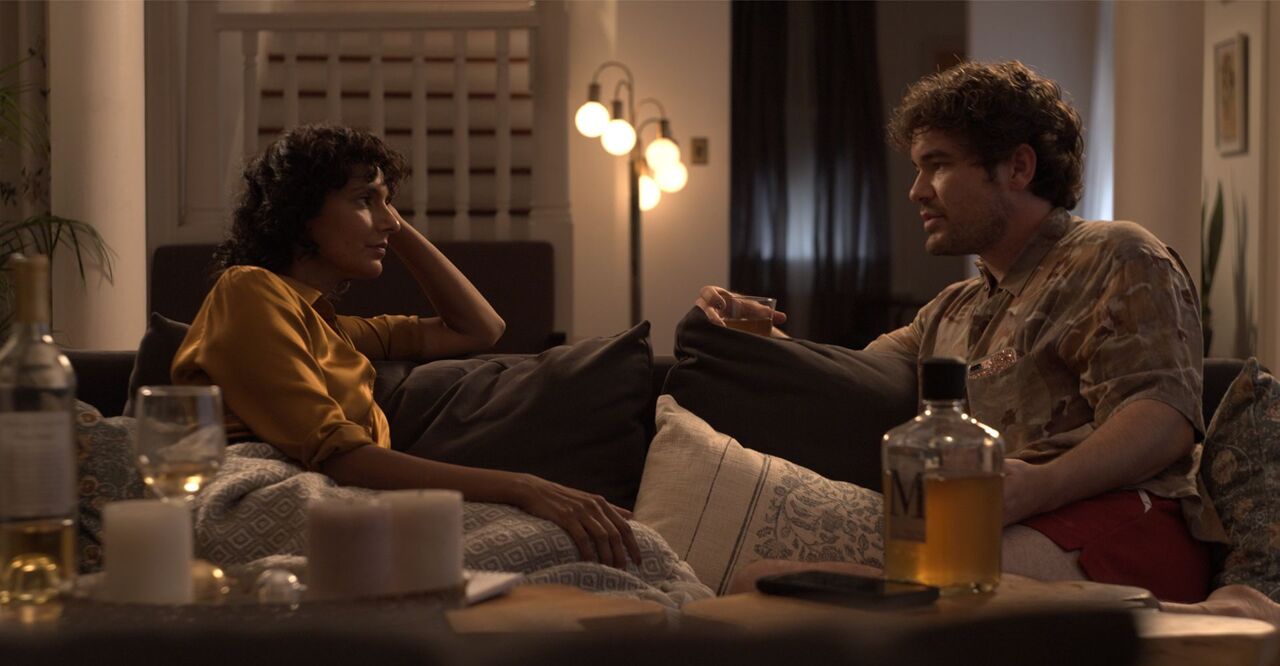 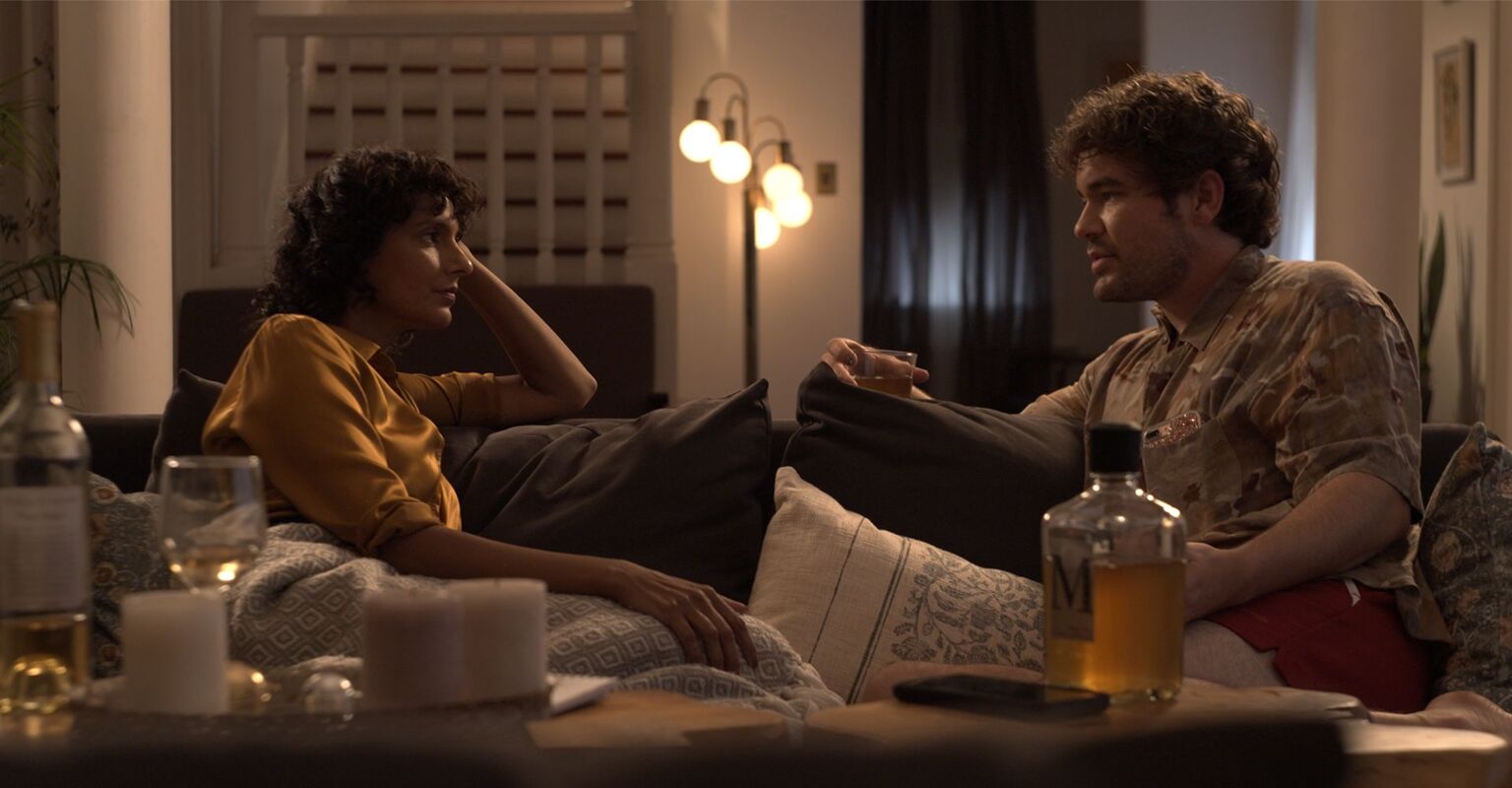 Have you ever had an encounter with a therapist or doctor that felt kinda sexual, but in the way where you aren’t quite sure enough to say anything definitively? If so, this one is definitely for you.

I’ll Show You Mine follows Priya, a tightly-wound psychology writer, as she interviews her nephew (in-law) Nick, a former model and sex icon, for her upcoming book. While initially reluctant to answer anything, through talking with each other the two begin undressing each other’s issues, and perhaps even more. It rejoices in unabashedly exploring sexual taboo and towing the incredibly taut line between discussions of body politics, abuses of power, and sexual tension.

As with any enclosed dialogue-based dramas, the film is only as strong as its actors and the chemistry they have with each other. Thankfully, both Poorna Jagannathan (Priya) and Casey Thomas Brown (Nick) deliver. The pair are able to create a particularly complicated and downright captivating back-and-forth. Priya is absolutely enthralled by Nick but cannot admit it, and Nick has the unfortunate personality quirk of flirting with everyone he meets, even going so far as to outright accuse Priya of trying to take advantage of him. The sexual tension between the two is palpable. After all, who doesn’t love an older woman subtly prying into your sex life and reassuring you that it’s okay to talk about those kinds of things with her (maybe that’s just me though.)

The film rejoices in unabashedly exploring sexual taboo and towing the incredibly taut line between discussions of body politics, abuses of power, and sexual tension.

The true marvel of I’ll Show You Mine is in its script, which so naturalistically moves from casual flirty dialogue into heartfelt discussions of abuse and trauma and how it can manifest itself into sexual desire. Furthermore, the film thankfully doesn’t seek to shame people for desires born from their abuse. This subtlety is what makes the film such a triumph. Weaving such a discussion into the everyday motions of conversation supports the film’s thesis that power dynamics often drift with the flow of speech, and can change based on flexible conditions.

Nelly and Nadine begins with footage of women recently departed from a ship and a voiceover inviting the audience to study their faces, while briefly recounting what their lives looked like following their liberation from the many concentration camps of WWII. The narrator then stops on the face of Nadine Hwang and wonders what her story might be.

Nelly and Nadine is a quiet, reflective film in a particularly austere European style, which recounts the personal histories of its two subjects through interviews with family members and friends with assistance from historical documents written by the two. The present-day story begins with Nelly’s granddaughter uncovering a folder in her old documents filled with artifacts relating to a woman named Nadine. While she knows that two lived together following their meeting at the Ravensbrück concentration camp in 1944, the folder prompts an investigation into the full scope of the relationship between the two.

Rather than focus solely on their meeting and time in the camp, the film expands to paint a portrait of their lives before and in particular the time they lived together in Caracas, Venezuela following the war, as well as considering the lingering damage time in the camp did to the psyche of the two women. The film’s only account of Ravensbrück comes from Nelly’s diary entries recited by a voice actor.

Rather than simply recounting the experiences of the two women, Nelly and Nadine’s seeks to demonstrate the importance of record-keeping.

As the film progresses, it becomes clear that rather than simply recounting the experiences of the two women, Nelly and Nadine’s secondary motivation is to demonstrate the importance of record keeping. By contrast to some other documentaries, there is no shortage of archival footage to draw from. Much of the film is filled with researchers sorting through documents and piecing together the lives of these two women. This is not even to mention the extensive rolls of film kept by Nelly herself.

At multiple points in the film, historians stop to consider the lasting damage of destroyed records. One biographer comments on Nadine’s involvement with a feminist literary salon in pre-war Paris and remarks that the building where it was held was never designated as a historical site. Anyone who walked by the building would have no idea of the history housed there. As with much of queer history, the greatest struggle is uncovering the stories that were never said out loud. Nelly and Nadine is but one account that by the miracle of preservation has been kept alive.♦

Nelly and Nadine premieres at Frameline on June 19th.

I’ll Show You Mine premieres at Frameline on June 22nd.