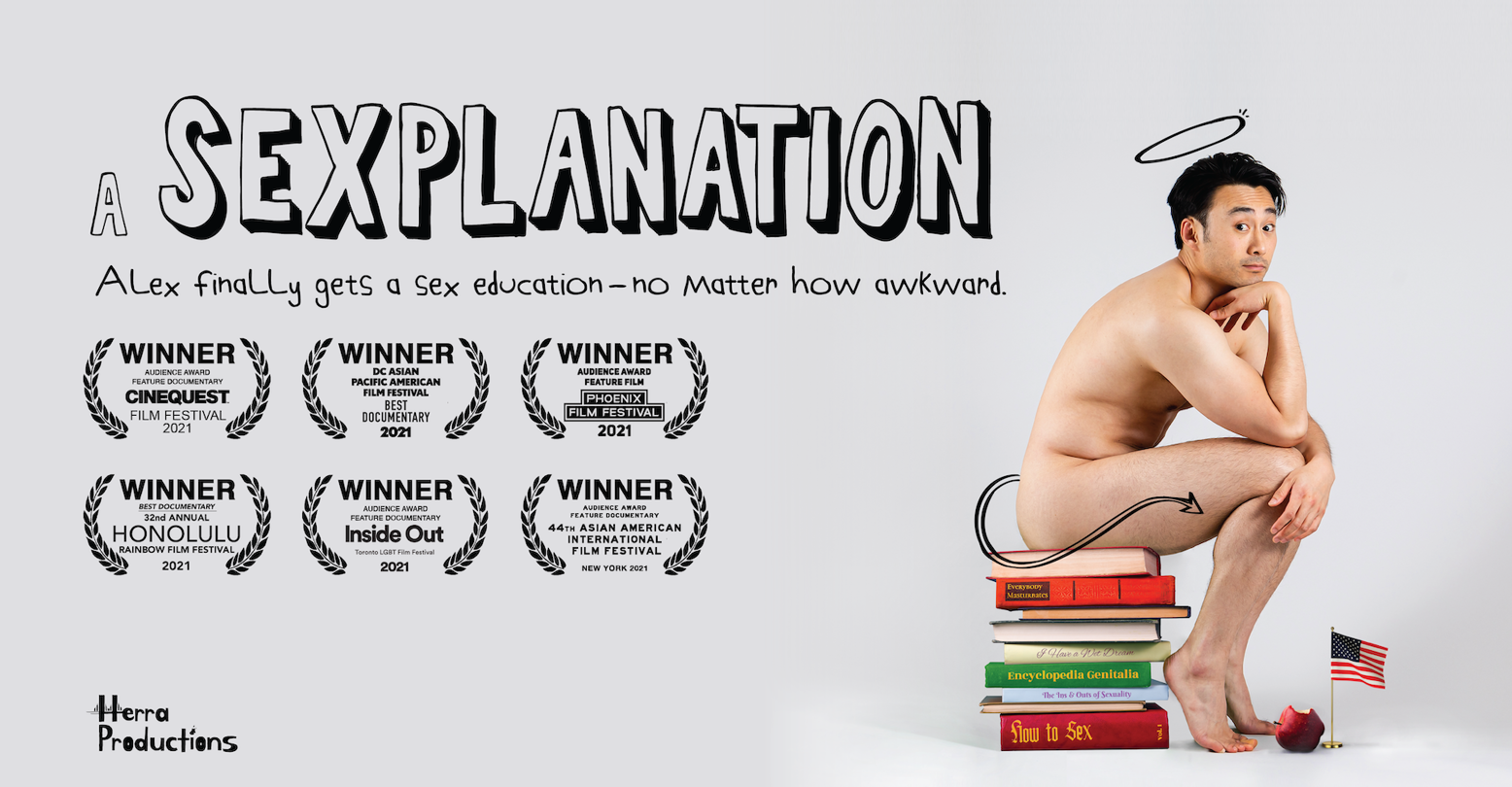 If you grew up in the U.S., chances are you either received a basic abstinence talk as your grade school’s sex education curriculum. For those rare kids who had a decent sex ed experience, the chances of your having had an LGBTQ+-centered experience are incredibly slim.

Sex ed is a missing rite of passage for many people. The total lack of sex ed or the abstinence-only version of doesn’t do us any favors. All it ensures is that children grow up into adults who have a distorted view on what sex and sexuality actually are.

Alex Liu was one of those people, but now he’s on a mission to reeducate himself and others with his new documentary, A Sexplanation.

The documentary is an inside scoop into the world of sexual health and education, through the eyes of Liu. In an effort to rewrite his own understanding of sex, Liu sets off on a journey of discovery that involves exploring his sexuality, making peace with his fears of internalized shoddy sex education and homophobic media, and uncovering ways in which we all can learn to be sexually unashamed, but completely informed.

In a space where queer Asian folks in general in hidden within media, it’s refreshing to see a queer Asian man and his family placed at the forefront of the documentary. This also adds to the open and honest nature of the film, as Liu not only navigates his own sexual hangups, but converses with his family on how they navigate theirs as well.

Liu’s thoughtfulness comes across in his selection of interviewees. From sex educators to sex researchers, these voices give way to new conversations on sex that feel informative and destigmatizing. With the collection of people that Liu speaks with, the audience becomes equally informed as the journalist himself.

While the material is fairly serious, Liu traverses through it with curiosity and cheekiness

And while the material is fairly serious, Liu traverses through it with curiosity and cheekiness. Both make fun travel companions, as viewers take a tour around the states with Liu as he explores his sexuality and sex education. On these travels he explores not just sex education, but policy and media’s influence on sex and sexuality.

Honestly, this film couldn’t come at a better time. With anti-LGBTQ+ legislation increasing throughout the United States, this documentary comes as an educational and comedic oasis. A Sexplanation gives a glimpse on what proper sex education and healthy sexuality should be.

“By nature, to be a human being is to be a sexual being,” says Liu says for Variety. “It’s unavoidable. And that’s beautiful.”

And he’s right. A Sexplanation is out on multiple TVOD platforms. ♦