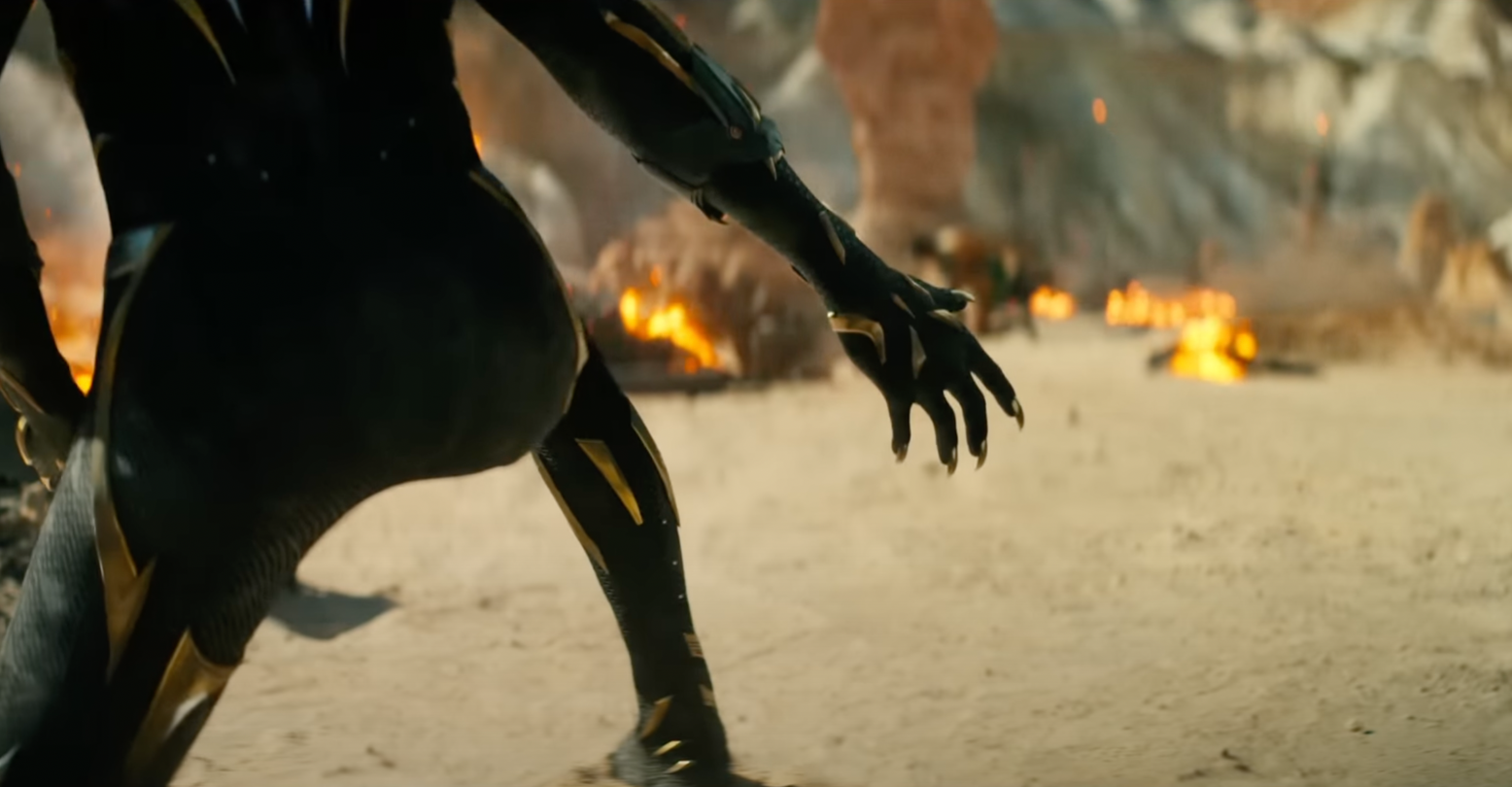 In one of the most heartfelt trailers this year, Black Panther: Wakanda Forever looks like the ultimate homage to Chadwick Boseman. The film will pick up after the events of Black Panther and Avengers: Endgame, so we can see what happened to Wakanda after “the blip”, as well as introduction of a new foe, Namor.

Starting off with a beautiful scene of Lupita N’yongo’s Nakia staring off into the horizon, Nigerian superstar Tems lushly covers Bob Marley’s “No Woman, No Cry”. Soon after footage of Angela Bassett’s Queen Ramunda and Letitia Wright’s Shuri appear to lead a funeral procession in Wakanda with Black Panther’s helmet in Shuri’s hand. Soon after, Tenoch Huerta’s Namor, Maribel Cadena’s Namora, and their fellow soldiers flood the screen, highlighting an Aztec and Atlantean-inspired nation of people.

Soon, it seems conflict is afoot with various fight scenes between Wakandans and Atlanteans, while an epic monologue is delivered by Queen Ramunda. Everything comes to a boiling point, with the final frame being Black Panther, presumably a new person under the armor, preparing for battle.

Judging by the trailer, the film is going to be a tearjerker. And while the trailer shines a light on the loss of Boseman and his character T’Challa, it also places the numerous women of Wakanda front and center. MCU newcomers Dominique Thorne and Michaela Coel make their debut as Riri Williams and Aneka respectively. Bassett, Wright, and N’yongo return alongside Danai Gurira and Florence Kasumba.

The stories from Wakanda are rich and diverse and it seems that director Ryan Coogler is using the narratives of Wakanda’s women warriors to lead the charge within Coogler’s MCU follow up. What we hope for is more of an inside scoop on the Dora Milaje as well, especially with queer themes within this elite group of fighters.

Gurira and Kasumba, who play Dora Milaje warriors Okoye and Ayo, had a queer flirting scene removed from the final production of the first Black Panther film. Additionally, Ayo was given a queer storyline in the Marvel comics created by acclaimed authors Ta’Nehisi Coates, Yona Harvey, and queer literary icon Roxane Gay.

Additionally, aromantic Coel’s Aneka is a fierce Dora Milaje warrior who has a relationship with Ayo in the comics. Now with her addition to the Black Panther: Wakanda Forever, perhaps we’ll receive a queer Wakandan relationship on screen.

In the meantime, we’ll keep our fingers crossed, as we wait for one of the most anticipated films of this year.