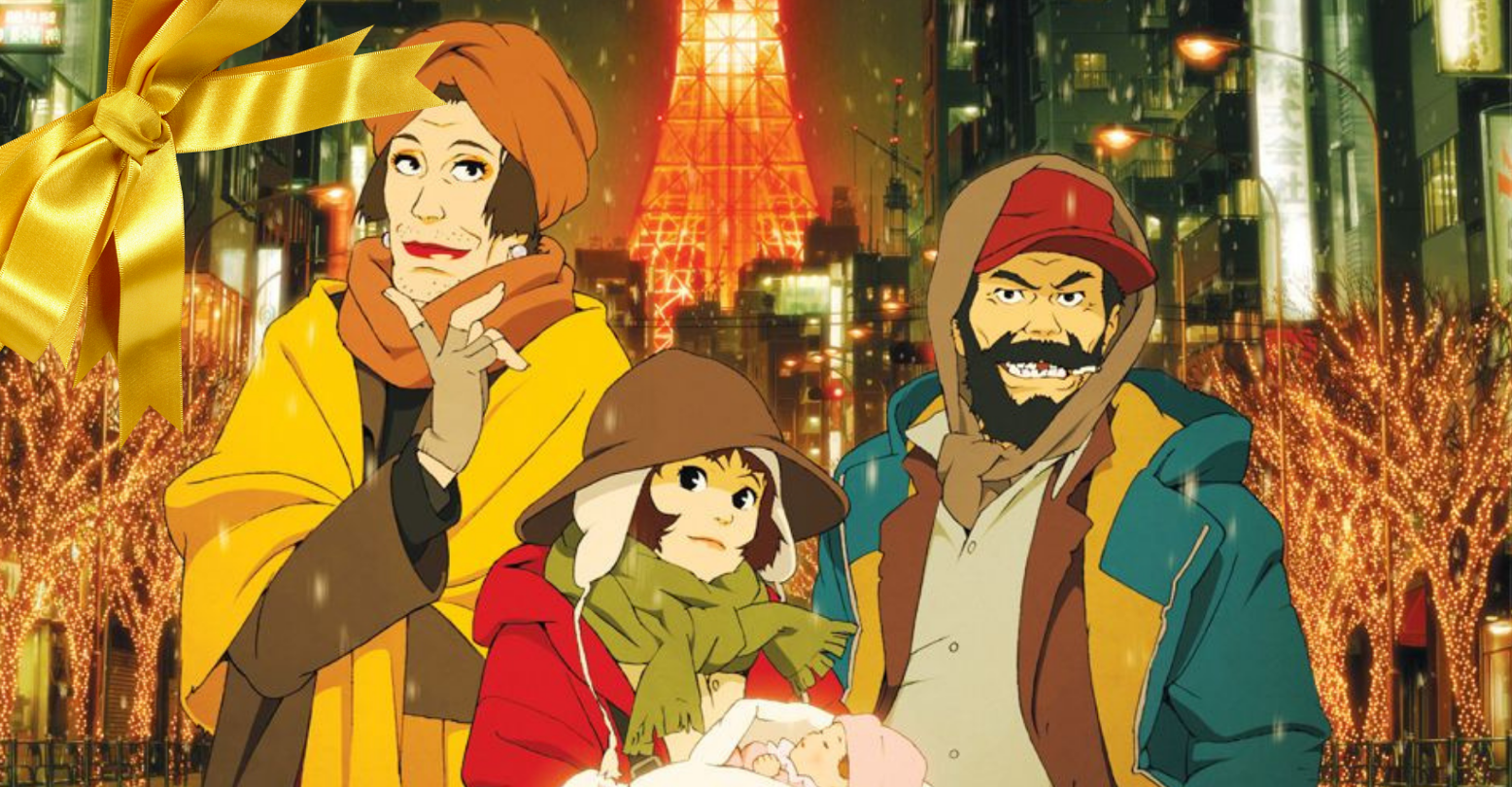 It’s that time of year again. The sun sets at 4 in the afternoon and it’s too cold to even entertain the thought of wearing a crop top, which can only mean one thing, it’s almost Christmas. Being Jewish, my Christmas will be spent collecting holiday pay and eating Chinese food with friends, but for many, it’s the chance to sit down and spend time with family, whatever that may look like.

One of the most interesting things about Christmas in the modern era, perhaps as a result of it being celebrated on the shortest day of the year, is that movie watching has become a time-honored way to celebrate the holiday. There are old classics like It’s A Wonderful Life or Home Alone and more controversial picks like Die Hard or Eyes Wide Shut. If none of those sound appealing, you could just see what new animated short ABC is trying to push this year, or you could take some time to watch what is, objectively, the very best Christmas movie made: Satoshi Kon’s underrated 2003 classic Tokyo Godfathers.

The film follows Gin, Hana, and Miyuki, a trio of unhoused people, as they set out to find the parents of a child found abandoned in the trash around Christmastime. While some readings can interpret them as the three wise men who visit Jesus after his birth, there are far more layers than at first seems. Kon’s work famously explored how individual people struggle to balance out the multiple lived realities in which they find themselves. Of his four films, Tokyo Godfathers is the only one where the division between these two realities is not created by way of technology. The division is likewise social rather than metaphysical, focusing on the relationship between biological and found family.

Unlike many American Christmas movies, there are no happy families in Godfathers.

Unlike many American Christmas movies, there are no happy families in Godfathers. Instead, each of the main characters left or lost their biological families and over the course of the film make tepid steps to repair or recreate them. The film dwells on the theme of parentage—motherhood in particular. At first, it is only Hana who suggests caring for the baby and begrudgingly accepts trying to find her parents, if for no other reason than to berate them for abandoning the gift of a child.

There is an anger and sadness at the heart of the film stoked by the jealousy characters feel at their inability to have families in the traditional sense. Hana wants to be a mother more than anything, but can’t give birth. Gin and Miyuki are both self-destructive, terrified of facing the families they abandoned. None of the characters in this film get to have a feast in an Evanston suburb like the MacAllisters. For many, Christmas is spent in the waiting rooms of hospitals, and in liquor stores, recalling the families destroyed by poverty and miscarriages, and disease.

In adapting the nativity story to a modern context, Tokyo Godfathers reminds us of something forgotten in the consumerist takeover of the holiday: that the Messiah was born in the stable because no one would take his lowly parents in. “If God could make the virgin Mary pregnant, then maybe he can do the same for me,” remarks Hana. Miracles can happen anywhere and families can take many shapes, so long as we fight to keep them.

There is an anger and a sadness at the heart of the film stoked by the jealousy characters feel at their inability to have families in the traditional sense.

I only came out two years ago, and as such belong to the current generation of trans women whose coming of age is defined by our current culture war. My mothers’ and grandmothers’ generations were the ones who survived AIDS, and rebuilt a community from seemingly nothing. Transgender lives were lived and rights were fought for on the street. As we grow older it becomes easier to forget our past. As time moves on, our elders die. At the beginning of this month, Godfathers screenwriter Keiko Nobumoto passed away at the young age of 57, leaving behind an impressive body of work but with many more stories left untold.

Christmas movies in particular have a way of connecting with our cultural past and through traditions. Sometimes it is religious, sometimes secular, but most traditions are familial, as members gather round to watch the same movie they do every year. Through repetition, we pass on the lessons of the films we watch to the next generation. As we get older, the burden begins to shift to us to carry on the stories of our elders, and pass them off again. It is up to us to care for the next generation, for the children born without a home, or cast out by those who gave birth to them but never gave them life. Many Queer people are divorced from traditions because they never had a biological family to celebrate with. Films like Tokyo Godfathers remind us that it’s up to us to create those families and traditions to remember our past and honor the children yet to be born.♦