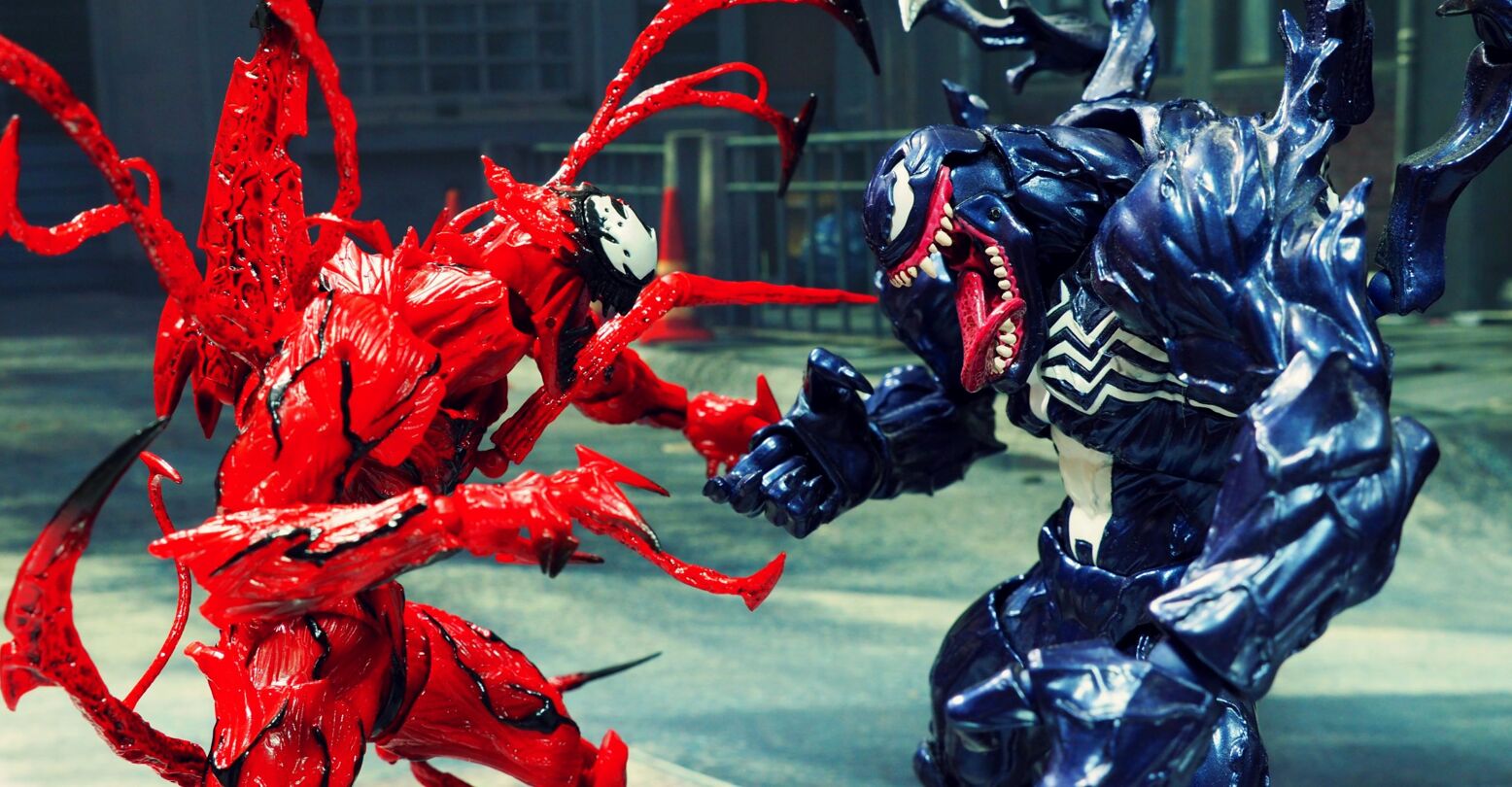 Venom: Let There Be Carnage is coming out to theaters October 1st—and no, that’s not a typo. The filmmakers have teased that the upcoming sequel to 2018’s Venom is focused on nontraditional relationships and love.

The trailers for so far have shown the alien symbiote and his human host Eddie Brock entering a new phase of their relationship. The first movie covered the hate-each-other-on-first-sight, form-an-uneasy-alliance-to-defeat-a-mutual-enemy phase. We’ve all had that meet-cute, right? Now, the two have settled down in the aftermath of the first film’s conflict, and their arguments center around how they will coexist on a daily basis as their relationship appears to be permanent.

If all this sounds like romance—don’t worry, you’re not reading my fan fiction (not today, at least). Director Andy Serkis recently said as much in his production notes for the film. As reported by Comic Book, Serkis said: “The film is a love story, but not the love story you might think. It’s very much about the extraordinary relationship between symbiote and host.

“Any love affair has its pitfalls, its high points and low points; Venom and Eddie’s relationship absolutely causes problems and stress, and they have a near-hatred for each other. But they have to be with each other—they can’t live without each other. That’s companionship—love—the things that relationships are really about.”

He expanded on this in an interview with Uproxx, going as far as to frame it as the core theme of the film. “They do love each other,” he said, “and that’s the kind of the center of the movie is that love affair, that central love affair.”

In a pivotal scene, Venom attends a rave separately from Brock. He ends up giving a speech to the crowd about alien-human relations. According to Serkis, “He says in the movie, ‘We must stop this cruel treatment of aliens.’ He said, ‘You know, we all live on this ball of rock,’ you know? And so he inadvertently becomes a kind of… he’s speaking for the other. He’s speaking for freedom of the other.” Venom taking on racism makes about as much sense as anything else that’s happened in the last year, so why not.

But before he can finish putting the ‘I Have a Dream’ Speech to shame, Venom rambles onto a tangent about Brock. He is clearly upset as they have just had a fight and basically broken up. It is a turning point in the movie where Venom realizes his love for Brock. Says Serkis, “Tom and [co-writer] Kelly [Marcel] were always about Venom coming out and going to a party that was a very sort of an LGBTQIA kind of festival, really, I’d call it, and so this is his coming out party basically. This is Venom’s coming-out party.”

The idea of Brock and Venom being in a relationship isn’t necessarily new: Venom’s own comic series featured a story arc where the two became parents. The film doesn’t seem to be going quite there yet, but at least we’re getting a coming-out party where no one actually identifies as queer.

In the meantime, if you’re looking for some man-on-symbiote action that is less metaphorical and more Tom Hardy getting to know that prehensile tongue, stay tuned for my fan fiction.