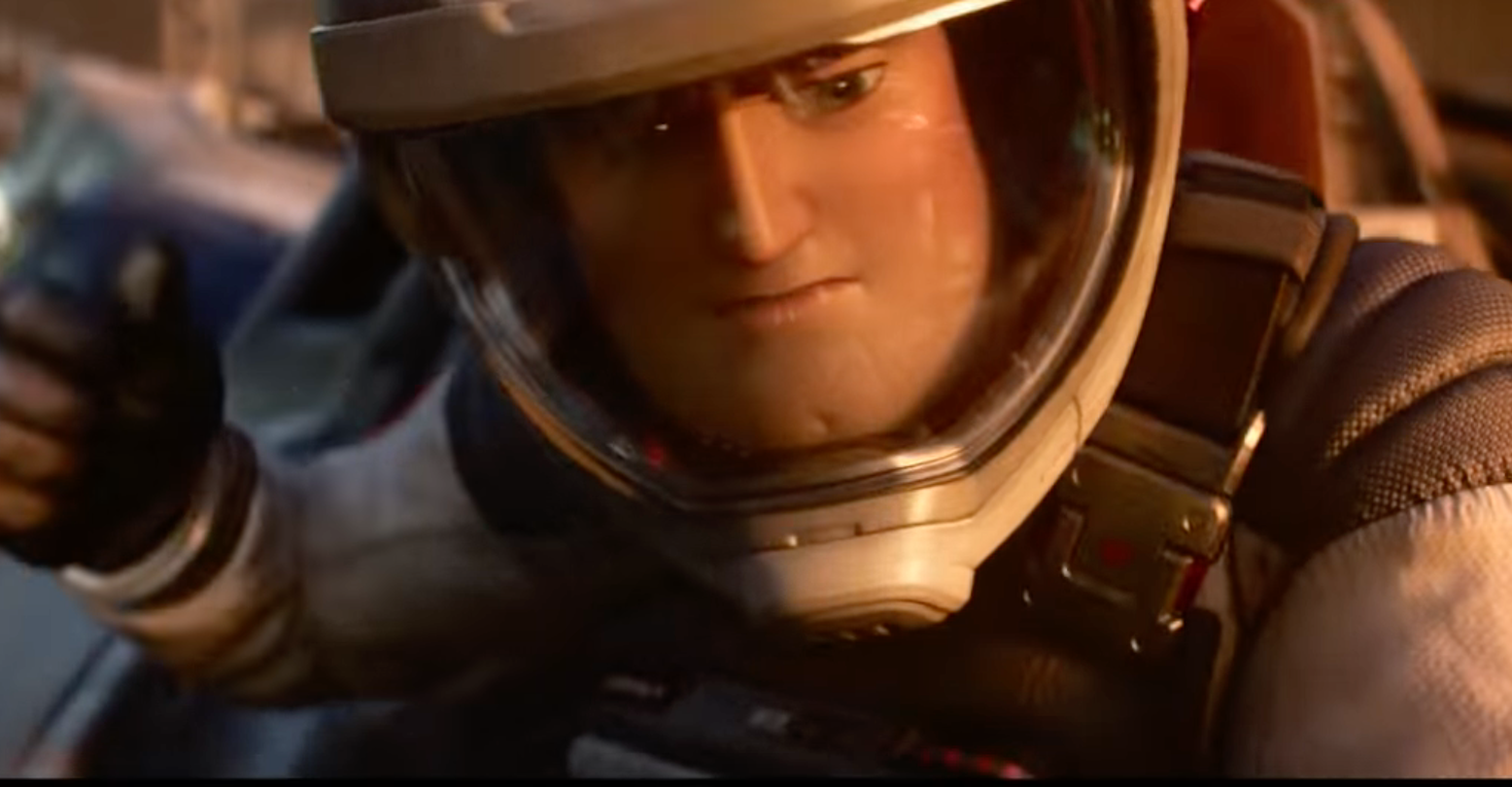 Toy Story 5 may still be far off in the future, but Lightyear, the Disney spinoff promising to shed light on Buzz Lightyear’s origin story, is already hurtling toward us at lightning speed.

When the spinoff was first announced, it was before Disney had become embroiled in controversy due to its ties to Florida’s “Don’t Say Gay” bill. In the midst of the brouhaha, a Pixar employee let slip that the forthcoming Lightyear had a gay kiss included (Uzo Aduba’s character is described as being in a “meaningful relationship” with another woman) and then cut from the film, only to be replaced as a sort of consolation prize for queer fans.

But all gayness aside, let’s talk about the real T on Buzz Lightyear. Which is that he’s trans. At least, the toy version inspired by the space ranger is super trans: whether or not the astronaut himself has any trans proclivities is yet to be known. Mainly the new trailer just shows Lightyear gearing up to battle the evil emperor Zurg and hanging out with a cat robot. Two very trans pastimes. But I digress.

The thing that makes the Buzz Lightyear of Toy Story trans is his relationship to his identity in the first film. When we first meet Lightyear, he’s convinced that he’s the actual Buzz Lightyear, rather than a toy made in his image. When he finally discovers that he’s not, in fact, an interplanetary explorer and doesn’t hold the keys to the universe’s salvation in his plastic hands, he goes through a period of total dissociation leading to the loss of his arm and a near-attack by Sid’s dog. It’s a heartbreaking scene in which Lightyear, noticing his “made in Taiwan” label, discovers that his tricked-out body—complete with wings, command phrases, and “lasers”) is basically useless and just for show. The dysphoria is on full display, and it’s a heartbreaking moment of realization that stands out in a film that is already full of heartbreaking moments.

In the subsequent films, Buzz learns to accept his identity as a replica and gets along just fine without much further dysmorphia (except for in Toy Story 3, when his reset button is switched and he loses his entire identity multiple times over, which is also, to be clear, TRANS AS HELL.) But that first film still stands as a remarkably apt metaphor for the fear of oncoming puberty and the alienation from the body that accompanies it. The toys are all fighting to remain relevant in Andy’s life, and Buzz has the added problem of living in a body that he feels is a lie.

That said, will Lightyear tackle any of this? Probably not, because it’s not about Buzz the toy. It’s about Buzz the human, and his robot cat. And Zurg, who could be a queer-coded villain if they play their cards right. But if the film is smart, it will be conscious of drawing clear parallels between the identity of the toy and the human. After all, the delusional yet heartwarming toy Buzz is who we fell in love with all these years ago.