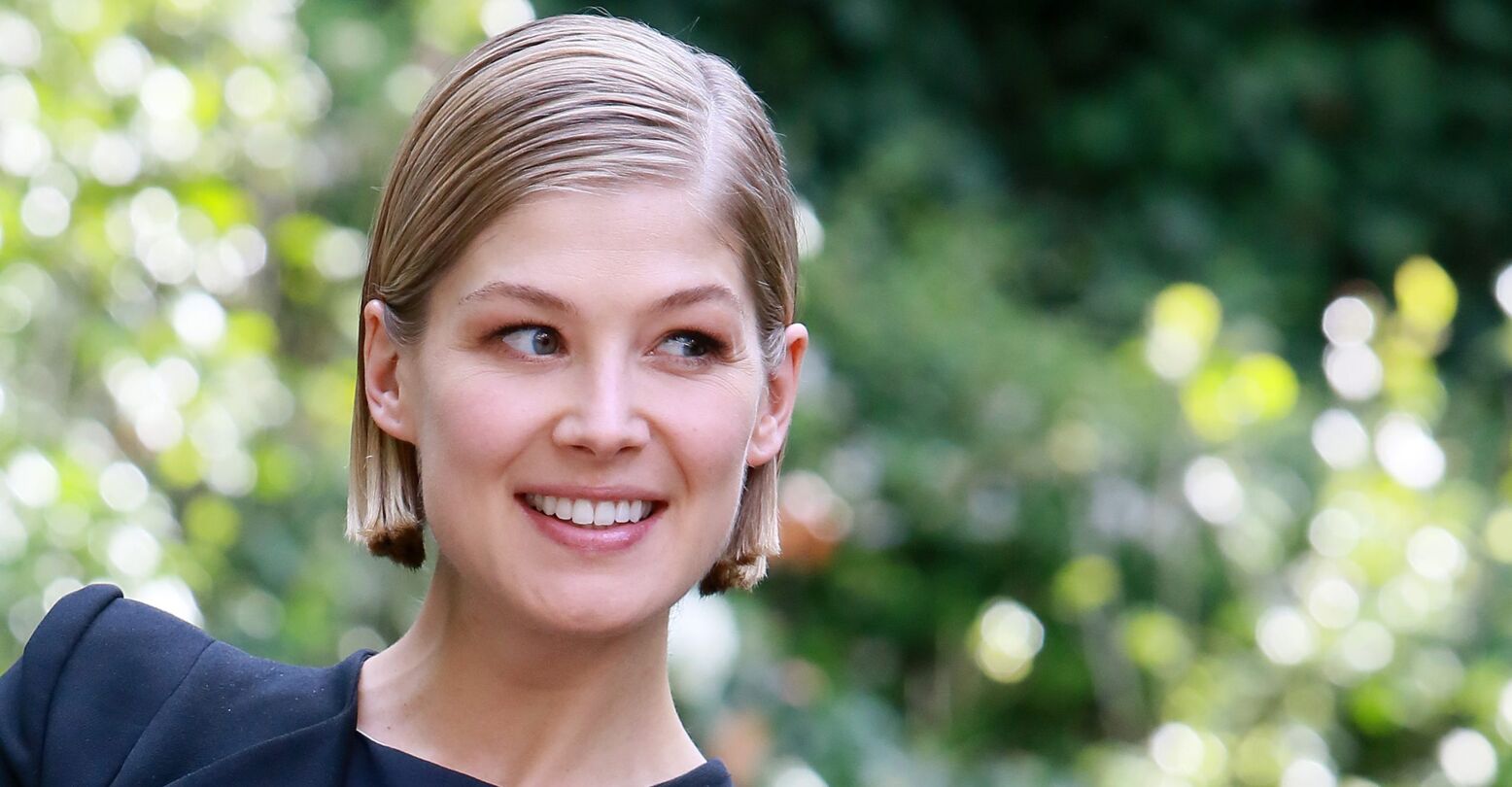 Since pandemic time is literally fake (technically time in general is fake, but you know) you’d be totally forgiven for not remembering earlier this year, when Rosamund Pike played a fierce, Sapphic defrauder of the elderly in I Care a Lot.

That movie certainly had its flaws, but it left us with one indelible message: Rosamund Pike should play lesbians more often, because she is very good at it.

In I Care a Lot, Pike plays a hard-vaping, girl-fucking BAWSE LADY who faces off against Dianne Wiest with admirable ferocity. Sadly, because it’s a Netflix movie, Pike’s character loses her girlfriend tragically before the two can make off with a pile of cash and live a fabulous gay life on an island somewhere. But in Pike’s new series, the Amazon original “Wheel of Time,” the possibility of Pike going gay once more onscreen is strong.

Here’s what “Wheel of Time” is about: adapted from a fantasy series by Robert Jordan, the show concerns a matriarchal world in which kingdoms (queendoms) are transferred through the matrilineal line. That doesn’t mean things are any less bloody or violent than usual, however: the largest kingdom in the “World of the Wheel” is charged with keeping the peace between kingdoms. There’s also a mystical society (paging female Varys!) and a high price to be paid for anyone using magic in the kingdom. Sounds like gay drama to me!

Pike plays Moiraine, a mysterious stranger who rescues villagers from a monster attack early on in the series. A look on the “Wheel of Time” wiki reveals her to be a figure close to Daenerys Targaryen on Game of Thrones: Moiraine (also known as Alys) is devoted to the “dragon reborn.” Which, I don’t know what that means, but it sounds gay.

There is also a term within this show called “pillow friends” that references queer relationships. And what do I see on the wiki but a confirmation that Moiraine is a canon “pillow friend” to another female character in the series, Siuan Sanche.

So can we look forward to more Rosamund Pike lesbian content? If the series stays close to the book, you can bet on it.