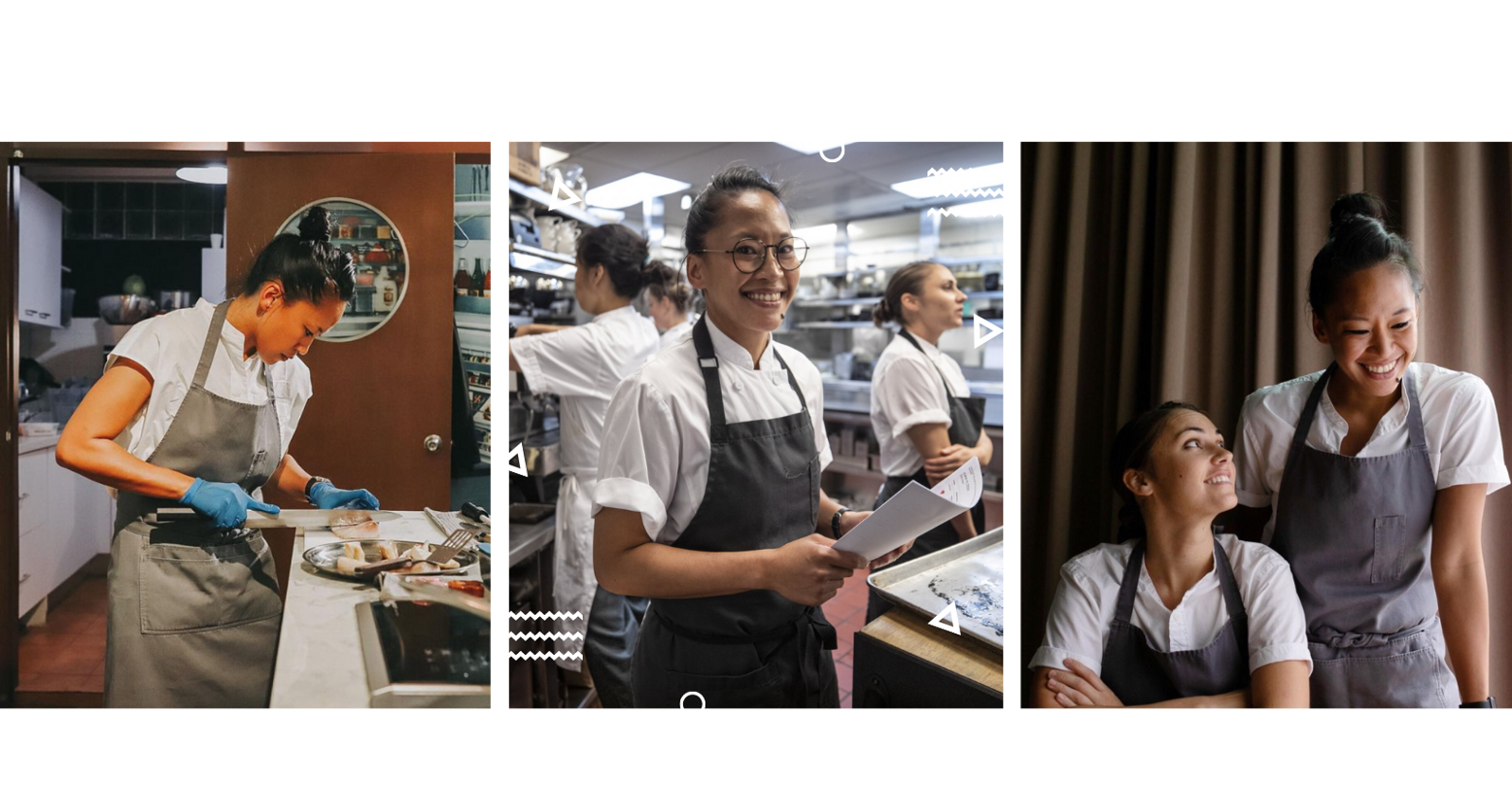 The first female executive chef at Canlis has been announced; and like the first in any boundary-breaking role, Aisha Ibrahim is setting the standard for those who enter the industry after her. Yet unlike most, Ibrahim doesn’t aim to reproduce the traditional rigidity of fine cuisine cooking. There was a time where the head chef had to be, in her words, “scary good at cooking and scary to approach.” But Ibrahim, a queer, Muslim, Phillipino chef, works hard to maintain a bendable – not breakable – flexibility in her approach to the kitchen.

With the opportunity to lead Seattle’s legendary Canlis team comes the formidable opportunity to build upon a legacy. After previous executive chef Brady Williams announced he was leaving Canlis to begin his own project back in January, the Canlis brothers Mark and Dave recognized that the momentum begun by William’s era, if placed within the right hands, could carry the restaurant to heights never before seen.

“It’s part of all of our jobs to be critical as professionals, so what happens between clock-in and clock-out is a conversation about how to be better.”

In order to get new results, the Canlis brothers dove headfirst into an unconventional approach when searching for their new chef. Instead of conducting the search solely themselves, the two sent out a widespread Instagram post inquiring for applications. Their public invitation received cover letters and resumes from across the country.

The process of application involved jumping through a lot of hoops: Chefs had to send in a resume and cover letter and, in addition, were asked to write mock paragraphs of a Seattle Times announcement, proclaiming themselves the newest head chef of Canlis. Alongside the fake article, chefs were also asked to send in a one-minute video of themselves putting their heart and soul into an act he or she typically had trouble properly performing.

Aisha Ibrahim recalled a slightly different application process. Following an Instagram DM from the Canlis brothers, Ibrahim was invited to a video call. Come mid-February, and the brothers were flying Ibrahim in for an interview process spanning several days. By then, both brothers claimed to have already known that Aisha Ibrahim was the next head chef of Canlis. At the same time, Ibrahim arrived eagerly in Seattle for her interview, unaware of all that was in store for her.

But Ibrahim’s ascendency began long before she came on the radar of the Canlis brothers with her infamous Dougie video entry.

The eldest of three kids, Ibrahim moved with her family traveled from the Philippines to Evans, West Virginia as a child. Upon entering college, she was on the move again to play basketball at Elon University. But upon first entering the kitchen, Ibrahim never left. Her expertise spans over fifteen years and across the globe from San Francisco to the Basque region of Spain to Thailand. It wasn’t long before her own restaurant was in the works. Sadly, the COVID crisis claimed its life before it could begin, as was the case with so many restaurants planning to open in 2020. Ibrahim was hired as a consultant for a restaurant group in January after investors in Thailand failed to provide funding for the restaurant – a project she began two years before the pandemic.

“I’m hoping that [Canlis] can do for the next generation what that meal at Benu did for me. It made me feel like I don’t have to be a white male to succeed.”

But by February, Ibrahim had arrived in Seattle at the request of the Canlis brothers. Flying in with her partner, fellow chef Samantha Beaird, the chef stayed for nine days of dinners and tours with the Canlis family. On March 11 – her birthday!- she arrived home. Two days later, Ibrahim accepted the position.

“I feel like it should be what isn’t my job,” Ibrahim told the Seattle Times. “It’s part of all of our jobs to be critical as professionals, so what happens between clock-in and clock-out is a conversation about how to be better.” Brian Canlis affirmed Ibrahim’s ability to simultaneously shape up the kitchen and staff within it, stating that: “It’s not just about what you do with a knife and a stove. It’s what you do with the humans around you. That’s why we hired her; we chose her because we think she is that person that our whole staff can look up to.” And look up to her, they do.

Ibrahim is also grateful to the long line of mentors that guided her to where she is now. At Tokyo’s three-Michelin-starred restaurant Ishikawa, Ibrahim recalls the entire staff holding hands in a pre-shift meeting. Watching other esteemed chefs willingly place themselves in a position of vulnerability at Ishikawa was the moment Ibrahim learned to reorient her kitchen etiquette, away from the traditional methods of strict punishment and toward a broader perspective of understanding.

Mark Canlis speaks of an unwavering belief in Ibrahim as “the kind of leader that will inspire a whole country of cooks to change the way they become chefs.”

“I would stand next to a cook, and they would be shaking. I leaned over and said, ‘Hey chef, we’re just cooking. I’m just here to help you,’” Ibrahim recalls.

She also deliberately takes time within the interview to affirm a key belief in asking for and providing help, “The expectation isn’t that we’re perfect. If you’re doing your best, I’m not going to get mad at you. It means your skill level isn’t there yet and you need to learn how to ask for help and I need to recognize you might need help.” Mark Canlis speaks of an unwavering belief in Ibrahim as “the kind of leader that will inspire a whole country of cooks to change the way they become chefs.”

With upcoming change on the horizon, she revels in the memory of the first time she ate at San Francisco’s Benu, a Michelin-starred restaurant run by South Korean chef Corey Lee.

“It made me feel like [the food] was placed at the table for me. I’m getting so much love from the Filipino community and the gay community and it’s amazing — I’m hoping that does for the next generation what that meal at Benu did for me. It madte me feel like I don’t have to be a white male to succeed.”

As of July 1st, Canlis is set to open featuring a completely new menu – barring the souffle and classic Canlis salad of course. “I think about when my parents ate at Manresa for the first time and how special that was,” she says, before sincerely divulging her greatest wishes for the restaurant. “This could be that two-top. I want to cook in a way that’s elevated, in a way that allows someone to know through subtleties that we’re there to take care of them, 100%.”♦