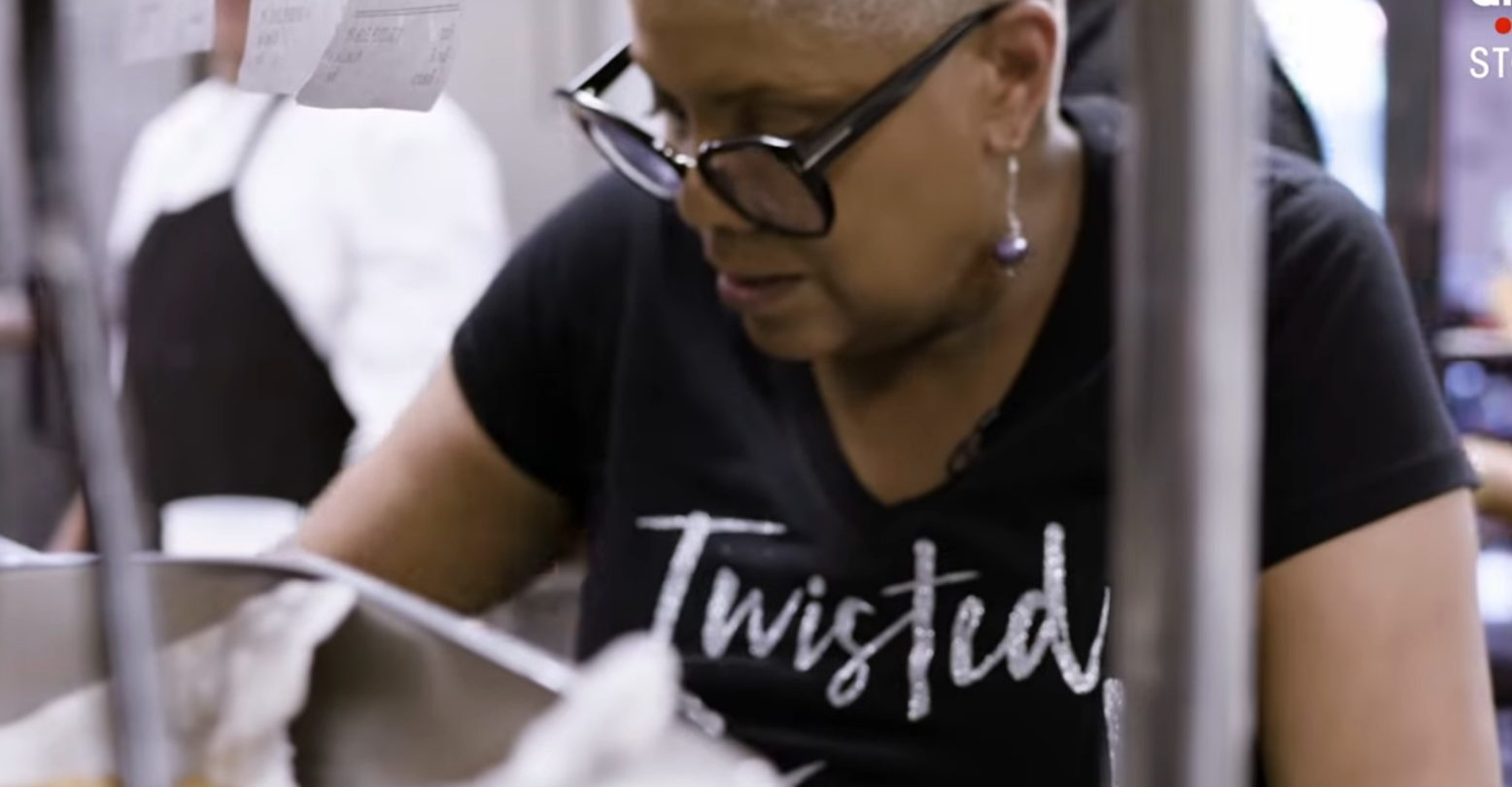 Out-chef Deborah VanTrece has always aimed to tell a story with her cooking. That’s why after years of running her own restaurant, Twisted Soul Cookhouse & Pours in Atlanta, publishing a book was the natural next step.

“The release of my first cookbook was huge, both personally and professionally,” VanTrece says in a new interview with The Advocate. “Everything that went into it has paid off because it has been a tremendous success.”

But the road to success was never easy. “When I first started out, I had three strikes against me,” VanTrece explains. “I am Black, I am female, and I am a lesbian. When I opened the first iteration of Twisted Soul in Decatur, Ga., I encountered a lot of racism and there was a definitive ‘You don’t belong here’ vibe. Those three strikes were hard to overcome.”

At the same time, owning her story is exactly what has given VanTrece an edge in the culinary world. “I didn’t want this book to be a collection of recipes,” she says. “You have to tell a story about a journey, about what inspires you, about the different foods that you have yet to discover.”

The particular story she honed in on is one that celebrates Black ingenuity in the kitchen. “I don’t think that soul food, much like Black chefs, has ever gotten the respect that it deserves,” Van Trece says. “When you mention ‘soul food’ people tend to think of simple fried comfort food with roots in Black communities in the American South. And while we don’t want to lose that connection, that tends to be a simplistic and one-dimensional view.”

But why soul food in particular? Because it is one culinary tradition whose narrative has been shaped outside of the Black community. On the one hand, it is often considered low-brow eating. On the other, it is often appropriated.

“I embrace soul food cooking…because I think it deserves to be elevated,” VanTrece says. “People tend to play down the influence that African-Americans have had on the food of the U.S., and then they try to take our traditions away from us. They refer to soul food as ‘Southern food’ to dilute it and make it palatable to a larger group of people.”

But VanTrece does not want to stop with elevating soul food for the American public—she wants to spread its influence around the world. “My philosophy for my style of cooking…[is] diving into different cultures and incorporating elements or ingredients into the concept of soul food,” she explains. “My international travels heavily influenced my approach to cooking and my style, which I call ‘modern global soul food.’ Every country has its version of soul food.”