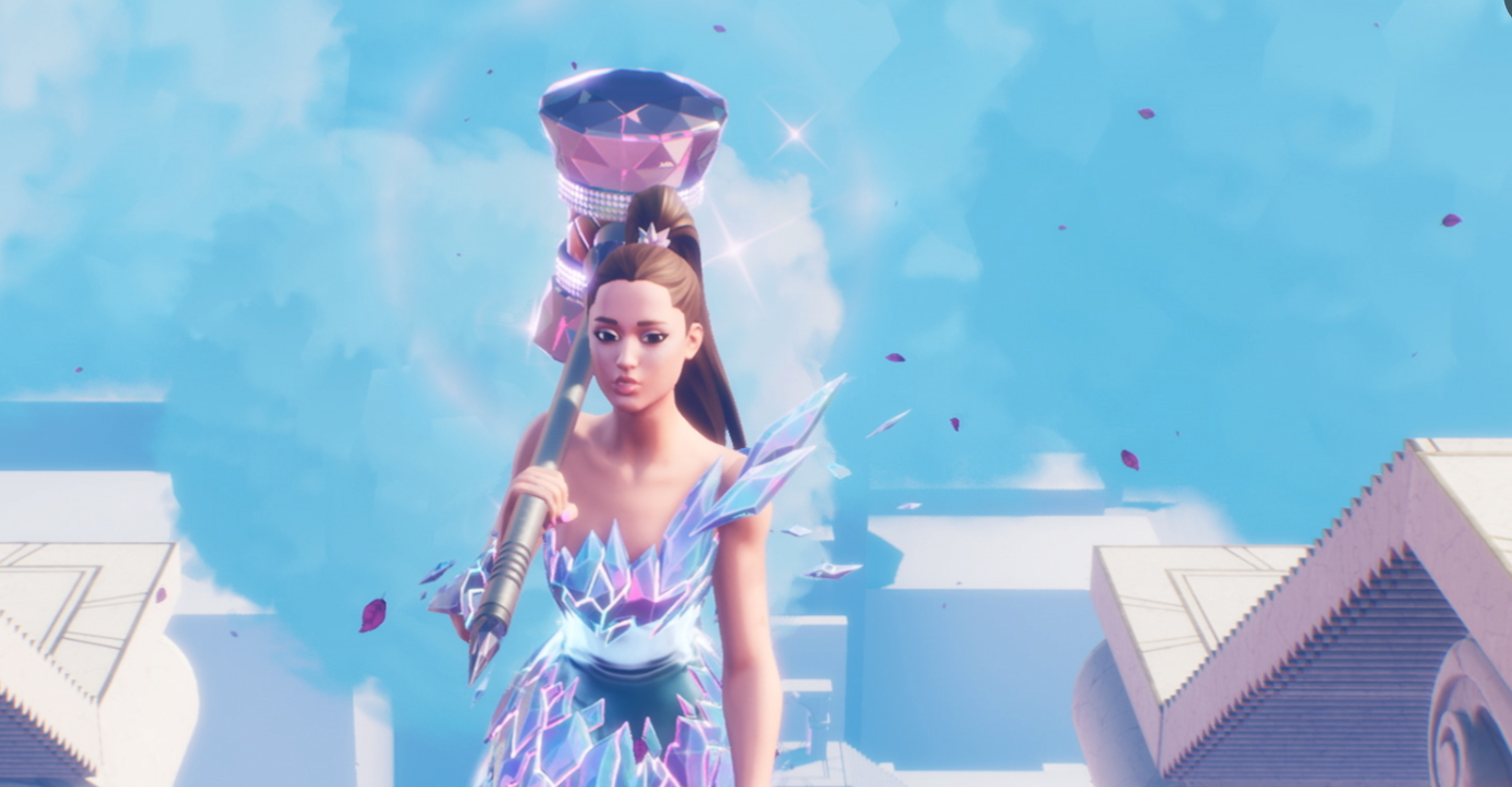 Fortnite has been putting on hybrid gaming and music events for a while now, but this weekend’s Ariana Grande virtual concert set a new standard for gay excellence.

Fortnite’s series of crossover concerts included performances by Travis Scott, Marshmello, and Steve Aoki since starting up in September of last year, but Ariana Grande’s “Rift Tour” on August 8th gave gamers a cotton-candy palette, lots of ponytail, and a fair amount of gay.

Set to a score of Ari’s greatest hits, the immersive experience had players visiting different worlds with each new track. Ari herself was in full view the whole time, both as an avatar and a character users could choose to play as. But it was the kaleidoscopic, pastel palette that had players entranced. In the grand (Grande?) finale, Ariana leaped out of a crystal planet while players switched “Positions” while scored to the classic track. But while rumors swirled online about a possible Lady Gaga guest appearance, sadly Mother Monster did not show up. We can only hope and pray for next time. The Lisa Frank aesthetic was delightful, but queer fans picked up on something else about the show’s color scheme: the pink, white and blue aura of the gameplay felt to some like a nod to the trans flag.

All support are appreciated! pic.twitter.com/DZFrZaHYaF

Pure magic doesn’t even cover it. Now Fortnite is asking fans who they want to see on the stage next. Personally, I’m voting for Lil Nas X.

Now that we had these 3 amazing artists perform in Fortnite, which artist would you want to see next? 🤔

Reply with your suggestions! pic.twitter.com/fXtZmnAWuT