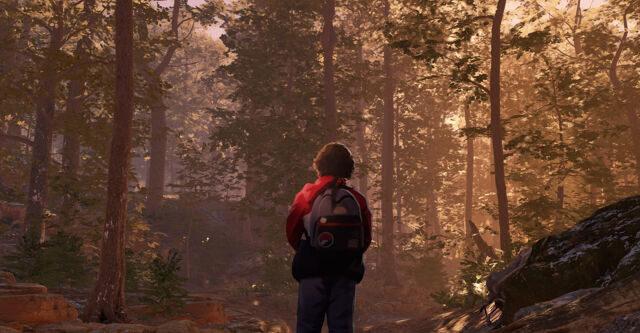 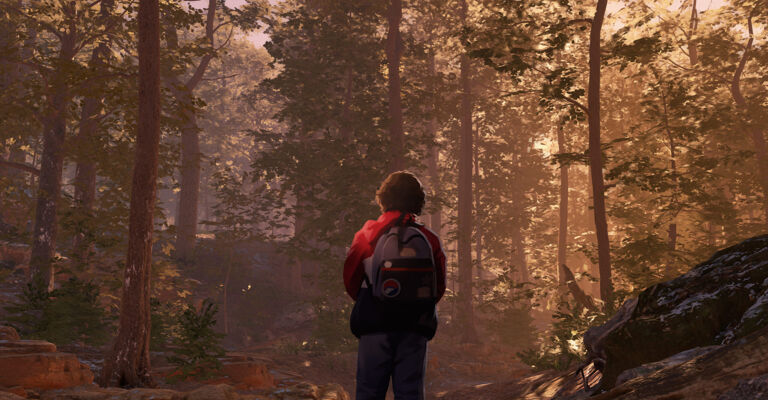 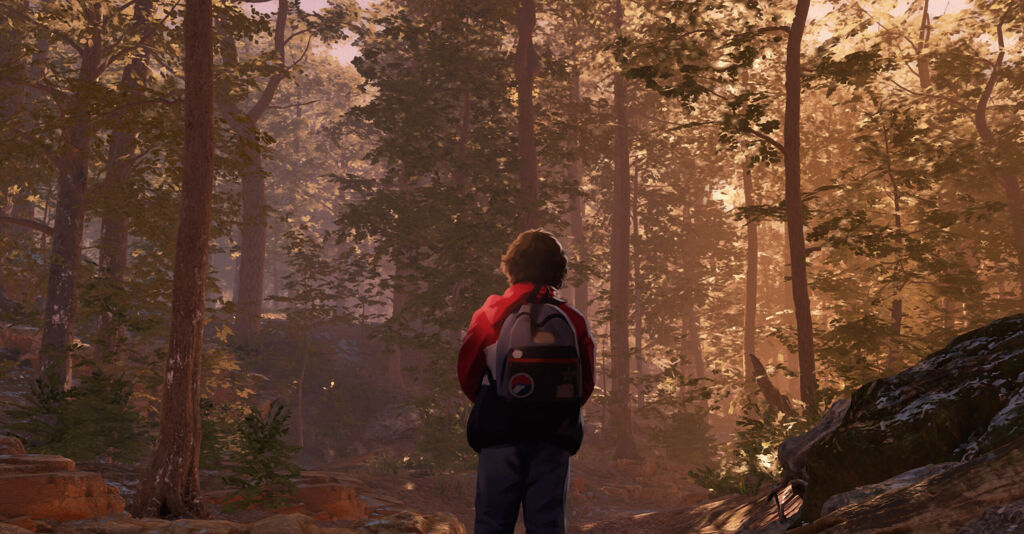 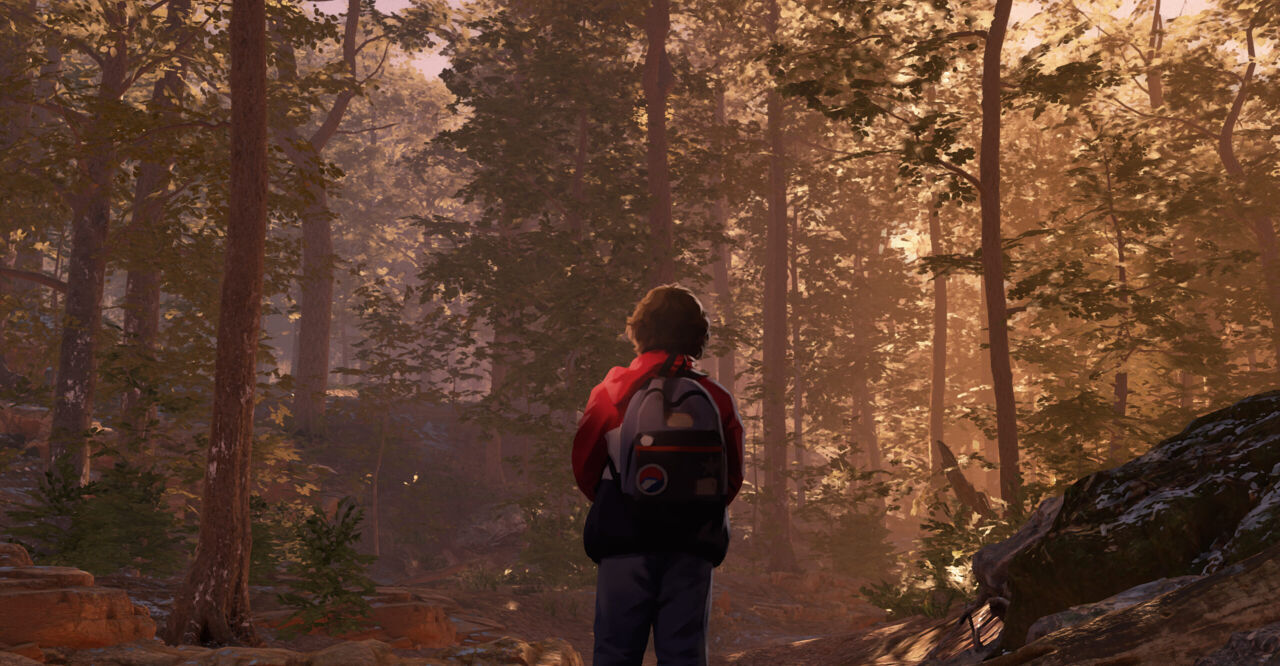 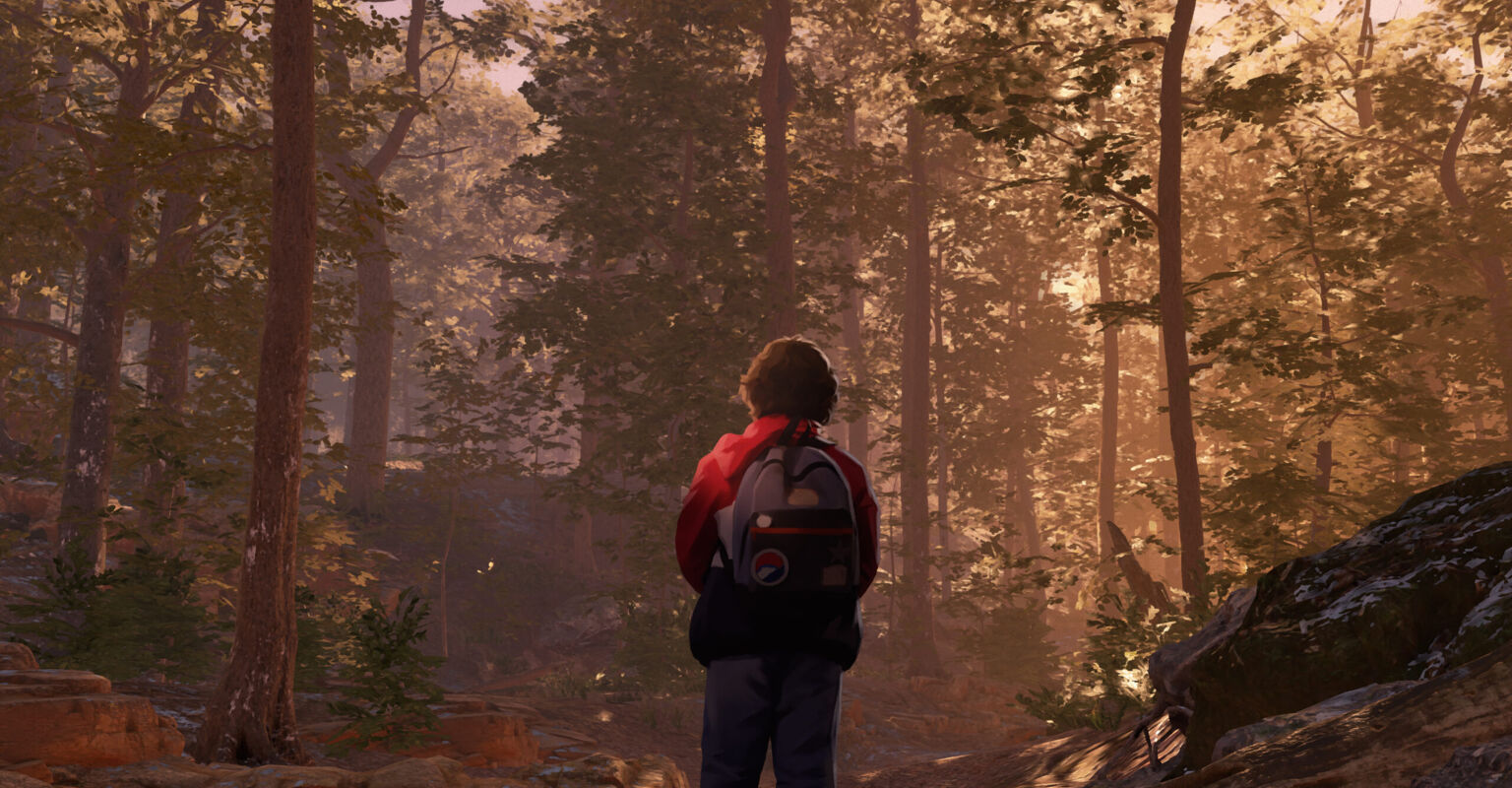 “Crime” is not my genre. When I hear the words “crime drama,” I picture grizzled private eyes with masculinity complexes, shouting matches about jurisdiction, maybe a cop’s partner getting murdered one day before retirement—you know the vibe. For that reason, I fully expected As Dusk Falls to be something I would have to sit through. I was not expecting to find myself glued to the couch for more than six hours waiting to see how the story would turn out.

As Dusk Falls is an interactive narrative drama where you control the fates of two families that collide in the Arizona desert in 1998. The Walkers are on a road trip to St. Louis after Vince, the father of the family, loses his job as an airline mechanic. The Holts are a local family of farmers, and the three brothers are in need of fast cash. They rob a house, and when they are caught, they escape and hunker down in the motel where the Walkers are staying, triggering a hostage situation.

Right away, it’s a story that grabs you with compelling interpersonal dramas. Vince’s father, you learn in an early chapter, walked out on the family and has only recently come back, and there are stirrings of marital problems between Vince and his wife Michelle. While the Holts do not have spotless records, they are clearly amateur thieves and desperate. Jay Holt, who is sensitive and kind, does not seem to want to be involved but is loyal to his family. Because of all this, the game is very effective at building a suspense that goes beyond surface tension—you genuinely care about each family, even as one’s survival may spell the other’s demise. And many of the choices put before players feel like true, nail-biting dilemmas.

Comparisons to Quantic Dream games like Detroit: Become Human are inevitable. Like Quantic Dream’s output, the game consists of a branching narrative where players make choices that affect the direction of the story and, in some cases, whether a character lives or dies. Additionally, the studio behind As Dusk Falls, INTERIOR/NIGHT, is helmed by Caroline Marchal—a former lead game designer for Quantic Dream who worked on both Heavy Rain and Beyond: Two Souls. 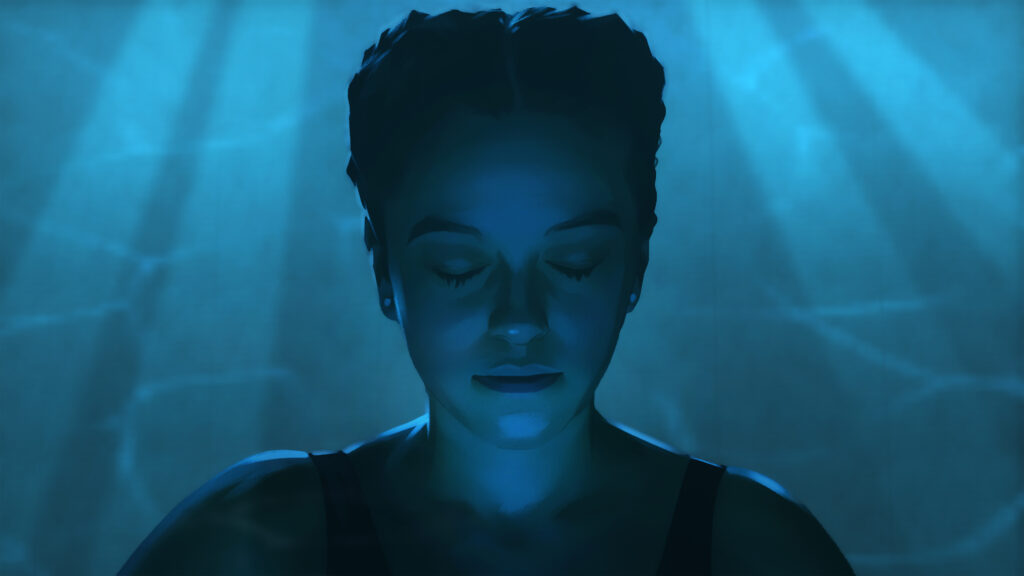 But that’s about where those comparisons end. Gameplay-wise, As Dusk Falls is much more lightweight, making it very accessible to non-gamers. For the most part, you are simply watching events unfold like a movie (or in this case, a motion comic), and you never directly control the character’s movements. Interaction comes in the form of multiple choice options prompting players to advance the story along a branching path. Beyond this, there are quick-time events that involve mashing, tapping, or holding a button, or moving the joystick in a specified direction. There are also accessibility options to limit these.

The game offers both online and local multiplayer—I chose the local option, playing through the game on a couch with a friend. In case you don’t have enough controllers, players can participate through a smartphone companion app. The multiplayer experience is gamified in a similar way to Supermassive’s Hidden Agenda. Players essentially vote on each choice, and if there is an even split, the game will randomly choose between the top two selections. I found this helpful when my friend and I were at an impasse—we could essentially leave the choice up to fate. At critical story branching choices (called “Crossroads”), players have to unanimously agree, which prompts discussion. You can also perform limited “takeovers” where you overrule all of your friends and have the final say on a choice.

INT./NIGHT has stated that its goal is to create something that feels like a moving graphic novel. For the most part, the effect is successful.

The multiplayer option is likely the best way to experience As Dusk Falls, preferably with one or two other players. Although the game allows up to eight players, it’s hard to picture this as a successful party game because the story is so serious. But it is a great movie-night experience to have with a friend or partner, especially one who does not normally play games.

Another way that As Dusk Falls sets itself apart is through its art style. The game uses still photographs of live actors that are digitally painted and set within 3D environments. INT./NIGHT has stated that its goal is to create something that feels like a moving graphic novel. For the most part, the effect is successful, particularly in close-up shots where the details of the painterly style and subtle animations are stunning to take in. There were occasional, immersion-breaking moments, usually in wider shots of action sequences, when I was reminded that I was viewing a series of photographs. But overall I found myself so swept up in what characters were saying that I barely noticed their mouths weren’t moving.

There is another way in which this game could have stood out from Quantic Dream: LGBTQ+ representation. Although it is becoming fairly common for games with branching narratives to include optional queer storylines (most recently in The Quarry), Quantic Dream has been fairly slow in picking up on this trend, with only a brief reference to lesbian NPCs in 2018’s Detroit: Become Human. Because Microsoft provided us with a code to review the game, I had high hopes that As Dusk Falls would be different in this respect, and there was certainly potential here. But that is not the case. A representative confirmed to me that sexual orientation was not a focus this time around, but the studio made the game hoping its themes and grounded story would resonate across cultures and backgrounds.

As Dusk Falls does explore plenty of mature themes. Its content warning includes depictions of violence, family conflict, mental health, and a suicide scene (which players are given the option to skip). But being a crime story, it also brushes up against the idea of systemic injustice.

We see from the beginning that the scales between the two families are unfairly weighed, despite the fact that they both have their problems. The Holts might be rough around the edges, but they are breaking the law as a result of circumstances. In fact, it is more often the cops breaking the law under nefarious intent. They are either plain corrupt or use shady tactics to bring the criminals in, even if it means endangering the hostages or other police officers. And in confrontations with the police, the game makes it clear to the player that it is their word against yours.

These ideas serve a dramatic function—by sympathizing with the Holts more than the police, the tension is heightened as you want to keep them from getting caught—so it’s hard to tell how much of my reading is my own projection. And when push comes to shove, I would definitely put this game’s story more in the camp of entertainment than something I found deeply moving. But either way, it is nice to see a game with this much mainstream appeal touching on the complexities of crime and punishment.

As Dusk Falls does suffer from problems that plague similar games in the interactive narrative genre. While some choices are hard to make, there are also choices that don’t really fit the situation or the character, choices you’d only make out of curiosity or a desire for chaos. And there are definitely scenes that go on longer than they need to for the sake of giving the player even more choices. I encountered most of these issues in the second half (Book Two) of the game, including abrupt conclusions to some of the characters’ arcs.

But my investment in the characters and enjoyment of the story overall carried me safely through the game’s weaker narrative moments. As Dusk Falls is ultimately a game I’d recommend for its gripping suspense and grounded themes.

As Dusk Falls is out on July 19 on Xbox and Windows PC, and it will be available day one on Game Pass.