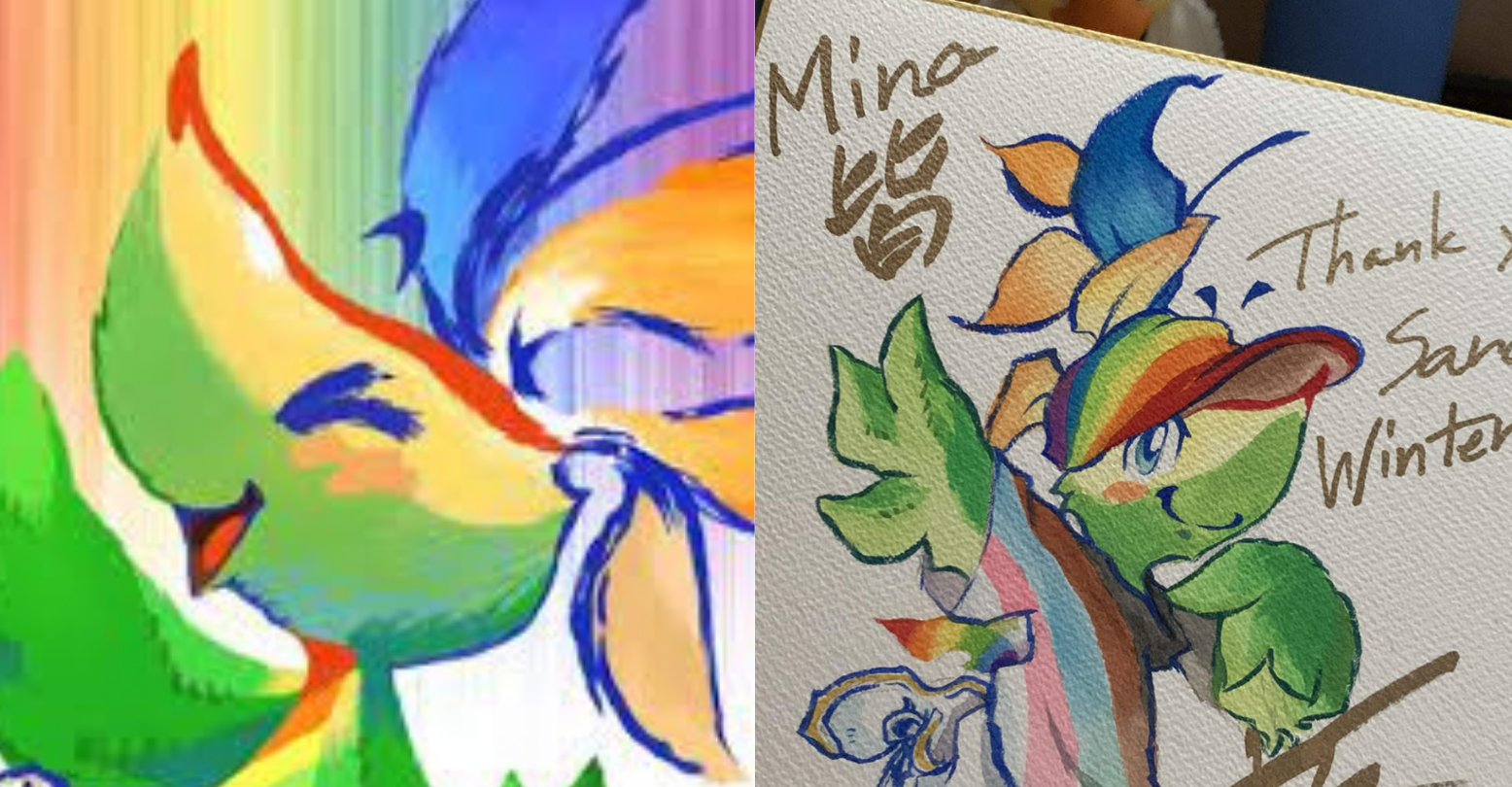 Square Enix has announced the name of its Pride mascot: ‘Mina.’ The mascot, created by Final Fantasy Crystal Chronicles character designer Toshiyuki Itahana, was unveiled at the beginning of Pride month, along with a contest for fans to suggest a name.

Our #Pride Mascot designed by Toshiyuki Itahana represents diversity and freedom, and we want you to help name them!

Reply to this tweet with a name idea and it might become part of Square Enix history.https://t.co/Mrs0HolY9g #loveislove pic.twitter.com/atCLgXJQir

The final name comes from Twitter user Sara Winters. It is a reference to the Japanese word ‘Mina’ (皆) which is translated to ‘everyone.’ She explains in her reply, “Because pride is for all of us.”

Square Enix is a video game developer and publisher that rose to prominence in the 90s, when it was known as Squaresoft. It became famous for pioneering the Japanese role-playing game (JRPG) genre with games like the Final Fantasy series and Chrono Trigger. Since its merger with Dragon Quest’s Enix and the British Eidos, the company has become a global entertainment conglomerate, publishing games such as Tomb Raider, Deus Ex, and Life is Strange.

According to their blog post announcement, “At Square Enix, we remain committed to growing a supportive, inclusive culture and Mina stands proud as a visual statement of that commitment.”

In terms of the games themselves, LGBTQ+ representation has been fairly sparse outside of the Life is Strange series. But last year’s Final Fantasy VII Remake did give us the highly anticipated drag sequence featuring the main protagonist, Cloud, and the single best addition to the cast (fight me), the androgynous Andrea.

In particular, Andrea’s line while he makes over Cloud, “True beauty is an expression of the heart, a thing without shame to which notions of gender don’t apply,” was a surprising and promising step in the right direction. True, it could just as easily be pandering to queer players, but given that it’s a big improvement on the original game’s treatment of Cloud’s drag scene, I choose to err on the side of optimism.

#PrideMonth is over, but you can still snag some limited #Pride apparel featuring our mascot Mina 🏳️‍🌈 We’ll be selling (and donating) until July 11th!

All profits go to charity and we’re flying high with all the support we’ve seen this month, thank you ⛅️ https://t.co/Y2jBu1NwAA pic.twitter.com/5OWgP4HpWl

Mina will be featured on Square Enix’s limited-edition Pride merchandise, and all proceeds through July 11th will be donated to GLAAD and Stonewall.