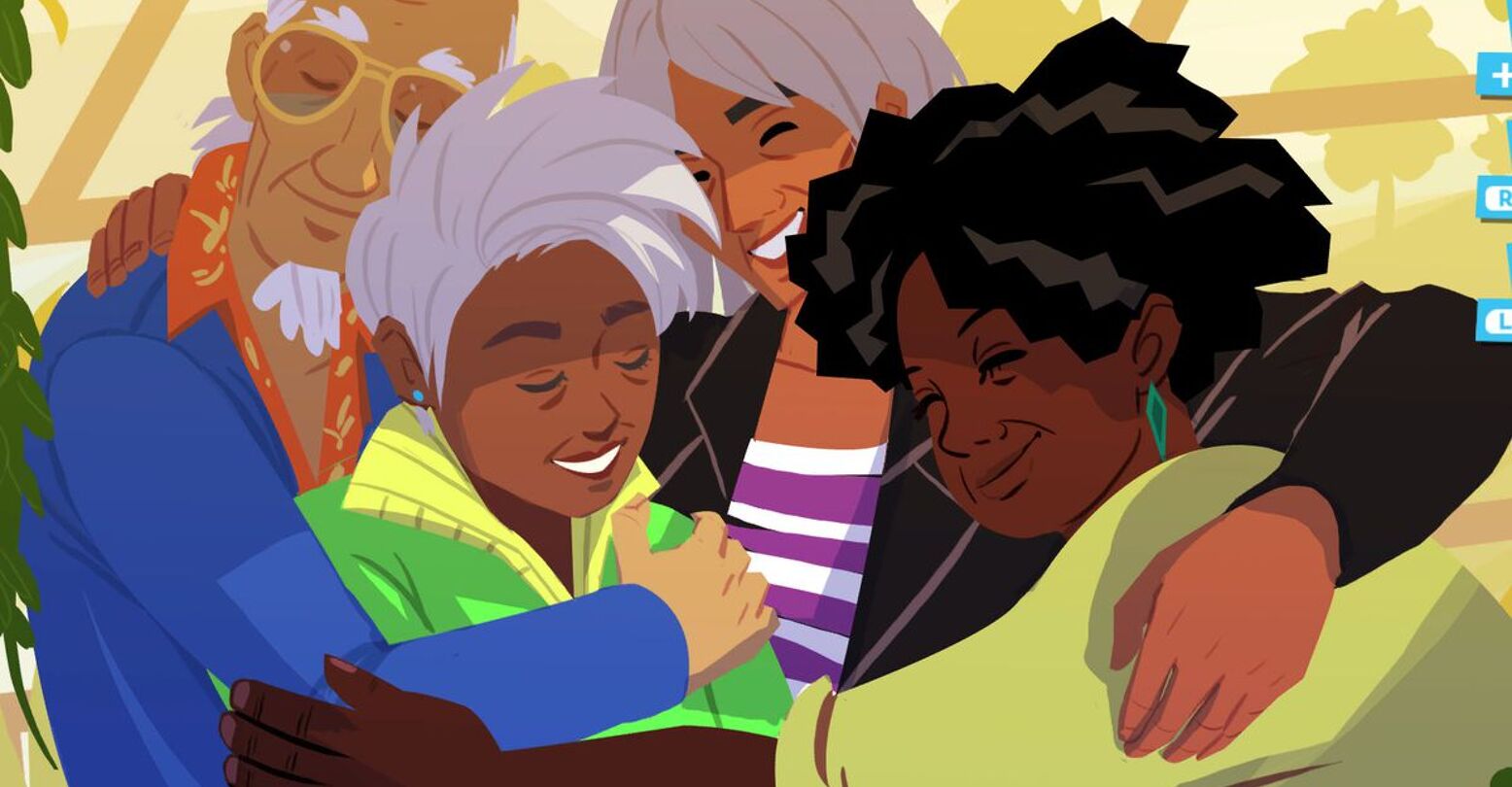 Later Daters: an elderly queer dating simulation, is out now on Xbox for all your gay retirement home fantasy needs: whether it be imagining a hopeful future for you and your partner or creating the queer auntie of your dreams.

Beginning with a secret, historic gay ritual of making two same-sex dolls kiss, the concept of settling into old age with a beloved partner or dream home is one that is often romanticized by the queer community. That’s because a safe, happy future isn’t necessarily offered to us. At least, not with the same certainty afforded our straight counterparts.

Fortunately, Later Daters, only previously available for PC (via Steam) and the Nintendo Switch, now extends its range to allow both Xbox One and series X/S console users a means of experiencing elderly queer life.

The new release even offers a bundle of both Later Dater game packs as they used to be sold separately. Meaning for the first time, the story is made available to be played through as a cohesive whole. Even better, the expansion comes with a free Cribbage mini-game, as popularly played within retirement homes.

With Later Daters being praised for its diverse representation, the release couldn’t have come at a better time in the underrepresented LGBTQ+ gaming community.

As the newest resident of Ye Olde retirement community, gamers are not only given opportunities to address and represent their identity, but afforded vicarious lessons on the enigma of love later in life.

To begin, users can customize their own unique character with various looks, pronouns, and backgrounds. A diverse cast of characters allows each player to explore different branches of the LGBTQ+ community and even offers polyamorous options, proving love comes in all different forms and it’s never too late to find it.

After dressing up (or down) into your favorite sole-supportive slip-on shoes, you can hit the town to romance and be romanced by tons of salt and pepper types. Don’t forget, you yourself are just getting into your prime as a silver fox and can choose to casually date or settle into bliss with the love(s) of your life. Did somebody say San Junipero?

There’s no better way to learn that love ages like fine wine than with Later Dater’s colorful art style and thoughtful, engaging dialogue as it shapes the story into your very own happily ever after. A happily ever after specifically built to include the often elusive yet inexplicable topics of sex and love in older relationships: two taboos that are not nearly addressed enough as evidence of all the joys and pleasures found in going grey.

Most importantly, the game teaches you to lead with the vulnerability of an ageless youth- to love again despite being old enough to know the devastating pain of a love loss.

If you’re not hooked yet, Later Daters was found to be one of the best LGBT+ indie games from 2020, alongside favorites like If Found, Murder by Numbers and Ikenfell. Check it out and let me know if there is a cheat code for infinite money, because I don’t know about you, but I’m planning on growing old in style.