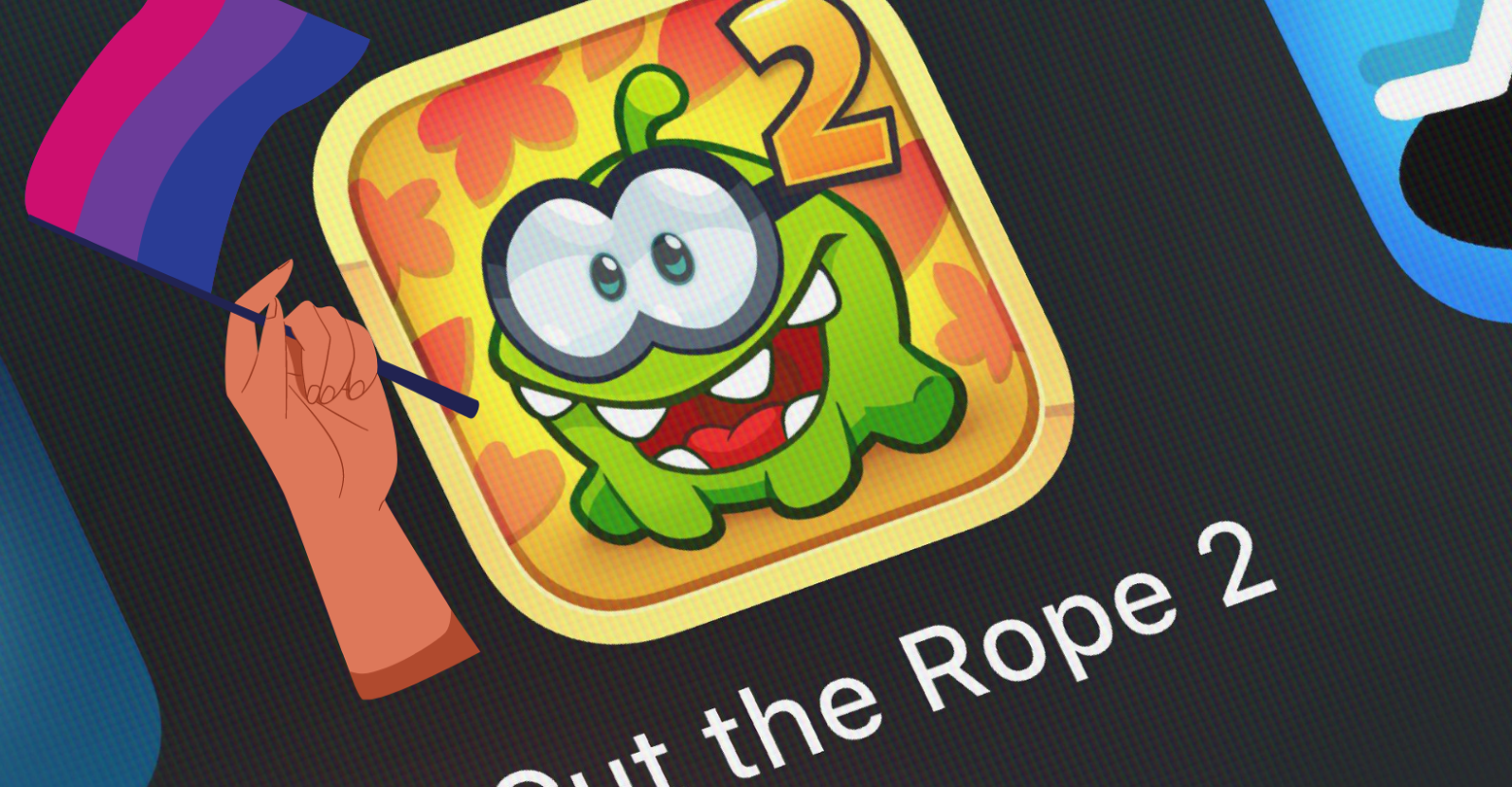 If you’ve ever played the delightful puzzle game “Cut the Rope” on your phone, you’ve probably taken one look at the green, alien-like mascot with several snaggleteeth and thought, “strong bisexual energy.”

You wouldn’t be wrong, according to the cofounder of the popular phone game developer ZeptoLab, Semyon Voinov. According to Voinov, “Om Nom” the friendly alien mascot does, in fact, swing both ways.

Now you might get the impression from the gameplay that Om Nom doesn’t care about anything but candy, as his name and principal function suggest. But you’d be wrong, because Om Nom started out with a boyfriend, according to Voinov in a recently-resurfaced 2020 interview.

“It’s a strange thing really,” Voinov explains when asked about the inspiration for the game. “I had a dream once and Om Nom was there. He stood there with his big Om Nommy eyes and stared me down. He started munching on candy and I realized—oh my God, this would be a fantastic video game—so that’s how we’re here now.”

But what about Om Nelle, Om Nom’s girlfriend? Well, that’s where things start to get pretty bisexual.

“Yes! Originally, Om Nelle was going to be a boy named Om Nomo, but our art team at the time decided that might have received backlash.”

The interviewer then asks what such a change might “imply” for Om Nom himself.

“Well, at the time Om Nom was going to be homosexual,” Voinov says. “But many members of our staff decided against that. Now that time has passed, I can proudly say that we consider him to be bisexual.”
He continues, stating that “some members of our staff (now fired) felt it was unnecessary and gross to add sexuality on to Om Nom (especially considering he is a child in the early games). However, sexuality is not inherently… well, “sexual”. It’s simply an attraction, and it is of no harm to add it to Om Nom. In fact, it may even help some underage members of the LGBTQ+ community feel accepted. Seeing a character as wonderfully designed as Om Nom share their sexuality would be reassuring.”

Wow! That’s a highly evolved description of childhood sexuality! It’s also nice that he added the little “now fired” part, just so we know Voinov is a true ally. However, the girlfriend character remains, while Om Nomo is nowhere to be found. Hm…

Hilariously, in the comments, people are not happy. More than one person agreed with the fired employees, while some were simply hyped to have a window into Om Nom’s sexuality. While one user leapt straight into bi erasure mode with the comment: “that’s pretty gay lmao.”