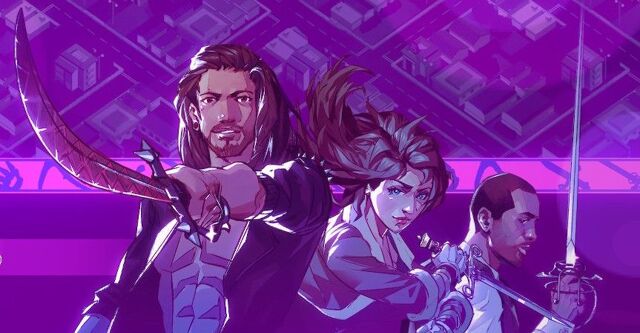 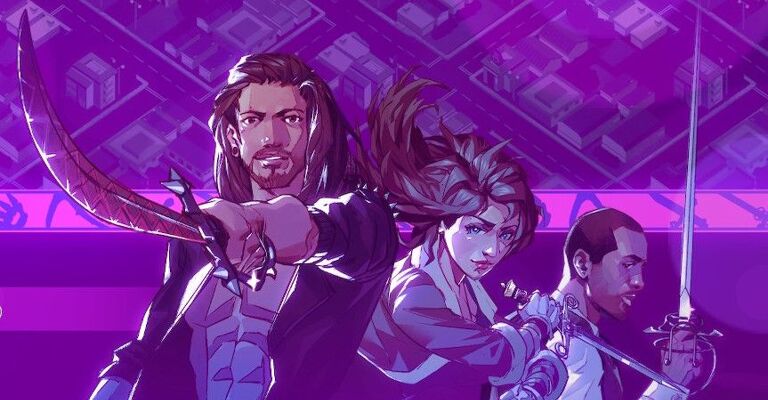 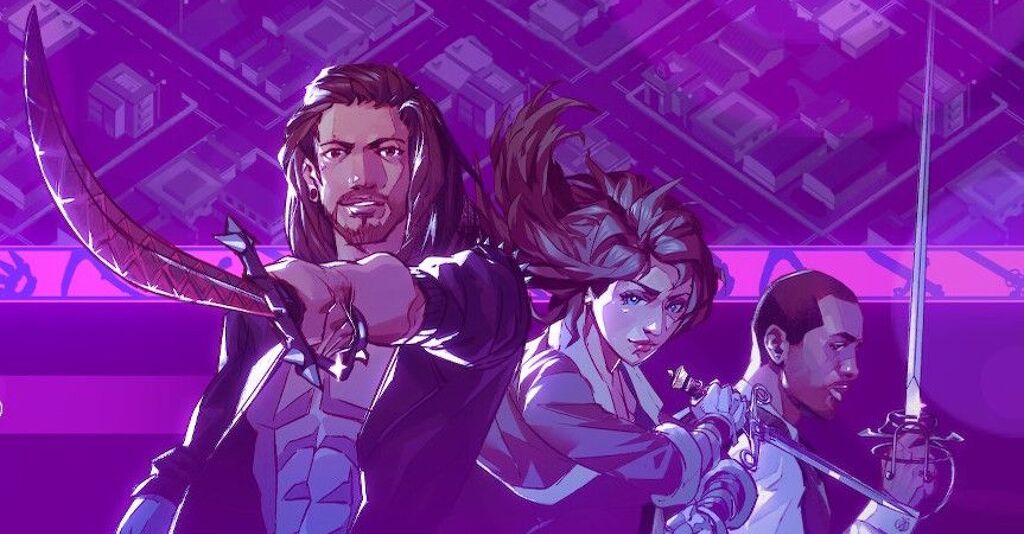 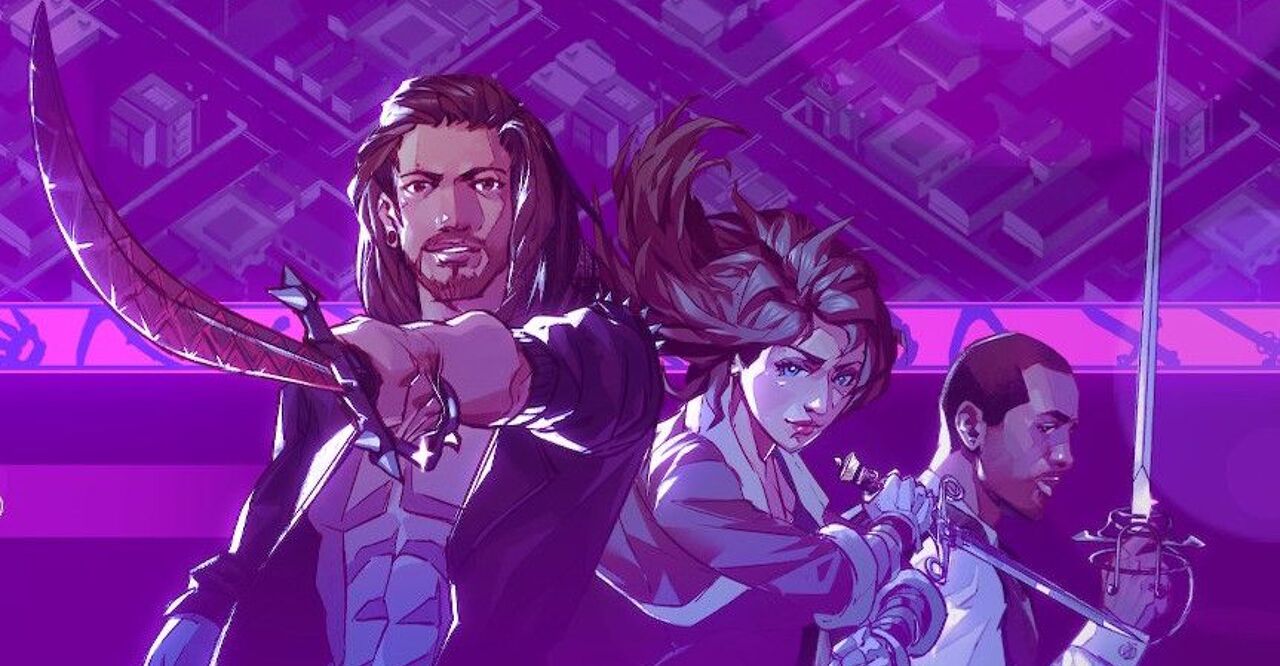 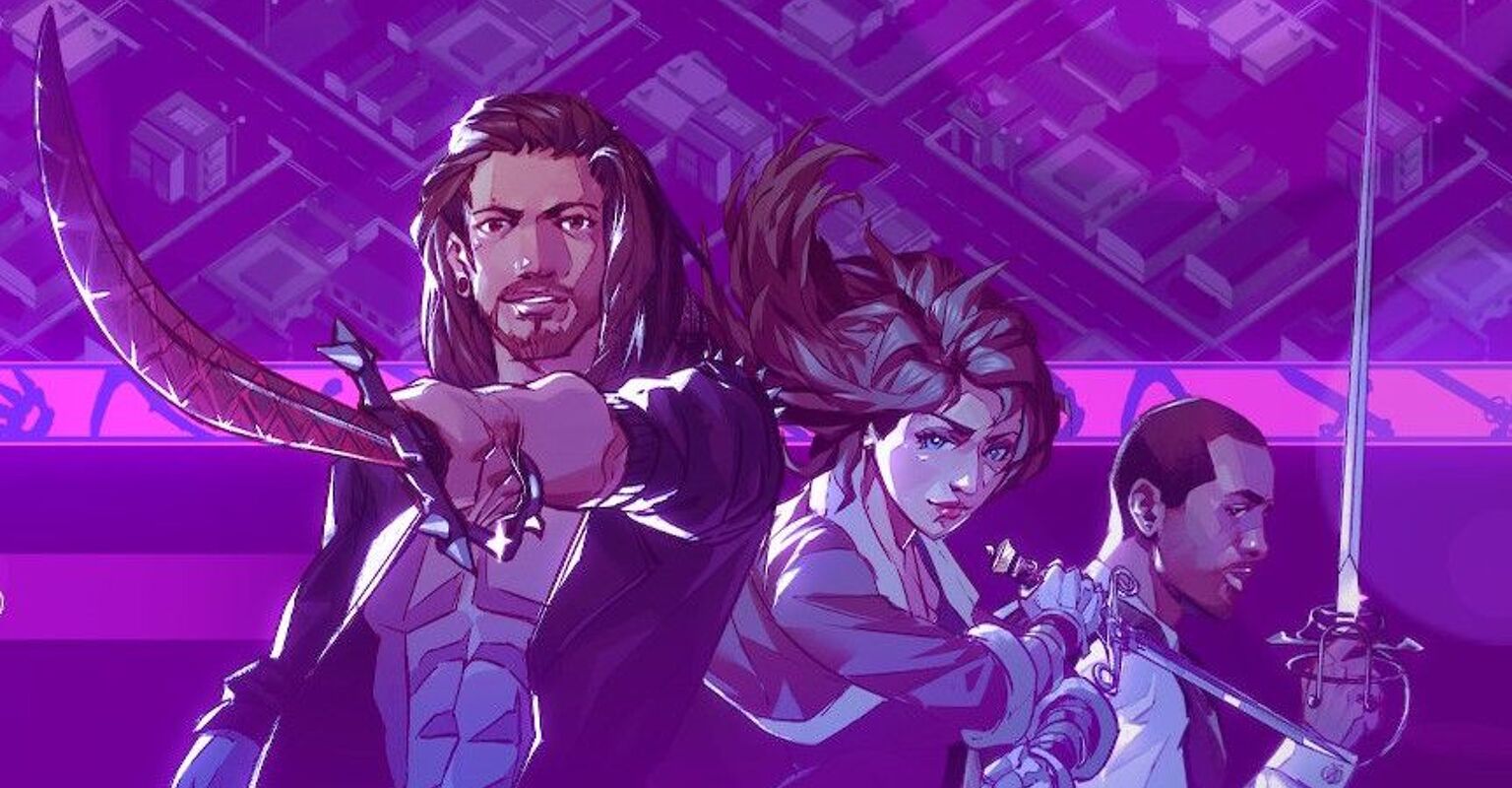 So your man is cute, has a great job, and knows his way around a kitchen, but can he defend you from a horde of psychically projected monsters? These are the pertinent questions Boyfriend Dungeon has you asking potential mates. I’d say it’s about time.

Boyfriend Dungeon is a queer game about battling monsters and dating your weapons. You arrive at Verona Beach, where the sand is white, the weather is pleasant, and the buildings contain underground lairs full of monsters. Think San Junipero with swords. As a result, some of the inhabitants can transform themselves into weapons, and dungeon crawling has become a popular dating pastime between wielders and weapons. Makes sense—near-death experiences create a memorable get-to-know-you sesh.

There’s a ton of weirdness to Boyfriend Dungeon that it very much leans into (one of the ‘boyfriends’ that you can go on ‘dates’ with is an ordinary housecat.) But as silly as the premise sounds, I found myself continually surprised by the nuanced ways in which the game explores dating.

Dating sims are often fantasies where everyone seems to be into your character, and your prewritten dialogue options eliminate the potential for mistakes. To some degree, this is true of Boyfriend Dungeon. But there is also an undercurrent of danger throughout. There is, of course, the literal threat of the dungeon battles. But I also found myself treating dates in this game like an investigation. You can’t help but feel that your suitors are presenting some version of themselves and you are trying to get to the bottom of who exactly they are. Sort of like real dating.

Many of the ‘boyfriends’ you meet for the first time in their weapon form. So from the very beginning, you’re talking to them but not quite seeing them. Tinder, anyone? They reveal themselves when they choose to (via fully animated Sailor Moon-esque transformation sequences. I mean…*chef’s kiss*).

Trust emerges as a main concern in the game. One character, Valeria, (who turns out to have secrets of her own) is highly skeptical of you at first, and your early dates involve convincing her of your good intentions.

From the very beginning, you’re talking to your dates, but not quite seeing them. Tinder, anyone?

(Side note: As a red-blooded gay man, I’m having a crisis over my romance with the one woman in this game. It turns out if you have a name like Valeria, sport a vaguely 80s aesthetic, and look a little mean, I will worship the ground you walk on.)

There were also moments where each of the characters put me off in some way. Early on, Eric was looking to be my number one, and then he casually called the cousin who set us up with a loser. Seven, a KPop star, took me on a date to see a local band but dismissed them as nobodies before the show had even started. On my first date with Sunder, he left for a moment and his business partner warned me to stay away from him. I couldn’t be sure why she was saying this. Possibly jealous? Only further cautious dates would tell.

What I like about these moments is that they create intrigue beyond guessing your suitor’s preferred gift. There’s a sense that these characters have flaws and, depending on how deep those flaws are, there might actually be a wrong choice to be made. If you’re not careful, you might end up with someone who is even more of a monster than those inhabiting the dungeons.

I’m not the only person who has noticed that Boyfriend Dungeon is more than your usual escapist fantasy romance. If you’ve been on any segment of the queer or gaming internet over the last week, you’ve likely noticed the game is getting some heat. I’ll briefly summarize: A large portion of the game’s later story involves a villain who stalks and harasses the player character. The game includes a content warning for this, but some players felt that—in an effort to avoid spoilers—the wording did not adequately prepare them for the content. The developer (Kitfox Games) has since updated it.

The content warning for Boyfriend Dungeon inadequately describes the events of stalking and emotional manipulation that exist in the story. We’ll update the game next week with a more accurate CW. We apologize for any hurt inflicted by our mistake. Thank you for playing!

The reason why this content warning is important has to do with the general lighthearted nature of dating sims. Darker subject matter in these games can catch players off guard, especially when the main character is an empty vessel that the player is meant to project themselves onto. So it is ultimately a good thing that the content warning was addressed.

But, as is the prerogative of the internet, fair criticism has quickly spiraled into an angry backlash. For some people, the stalker’s mere presence in the game is a problem, content warning or no. It opens old wounds regarding trama in LGBTQ+ stories, as players were looking forward to a queer game that did not have difficult subjects. In fact, it is because Kitfox has been so conscientious where other studios would not be that some players seem to expect them to do even more. Specifically, the game allows players to opt-out of receiving supportive text messages from the Mom character in case they might have lost a real-life mother. Some have argued this means they should also be allowed to opt-out of the stalking storyline. All of this was capped off by voice actor Alexander Gross tweeting about the hate mail he has received.

Hey I can’t believe I have to address this, but please don’t send me hate messages about my character in Boyfriend Dungeon. I know he sucks, but I’m just his voice actor. Please be respectful.

Much of the discussion has had less to do with the quality of the villain’s depiction and more about whether he should be allowed to exist at all in this game. I find this question to be the least interesting part of it all. Because…no, queer media should not be sanitized just because straight people in the past created harmful queer villains. And expecting developers to implement opt-out options for anything players might find unpleasant, even if it is integral to the entire narrative (unlike the Mom character,) is just not reasonable.

For myself, the controversy reveals what makes the game special. Namely, it defies genre expectations and aspires to be more than your average dating sim. In other words, it is doing what queer media does best—which is to be joyfully weird and honest at the same time. Boyfriend Dungeon, while certainly not perfect, is the kind of queer game we should be rooting for and demanding more of—imperfect heroes and toxic villains and all.

Most other dating sims have you pursuing easy romances with multiple impossibly beautiful people. But this game (and its subsequent fallout) shines a light on how the attention you crave can also be a double-edged sword.♦