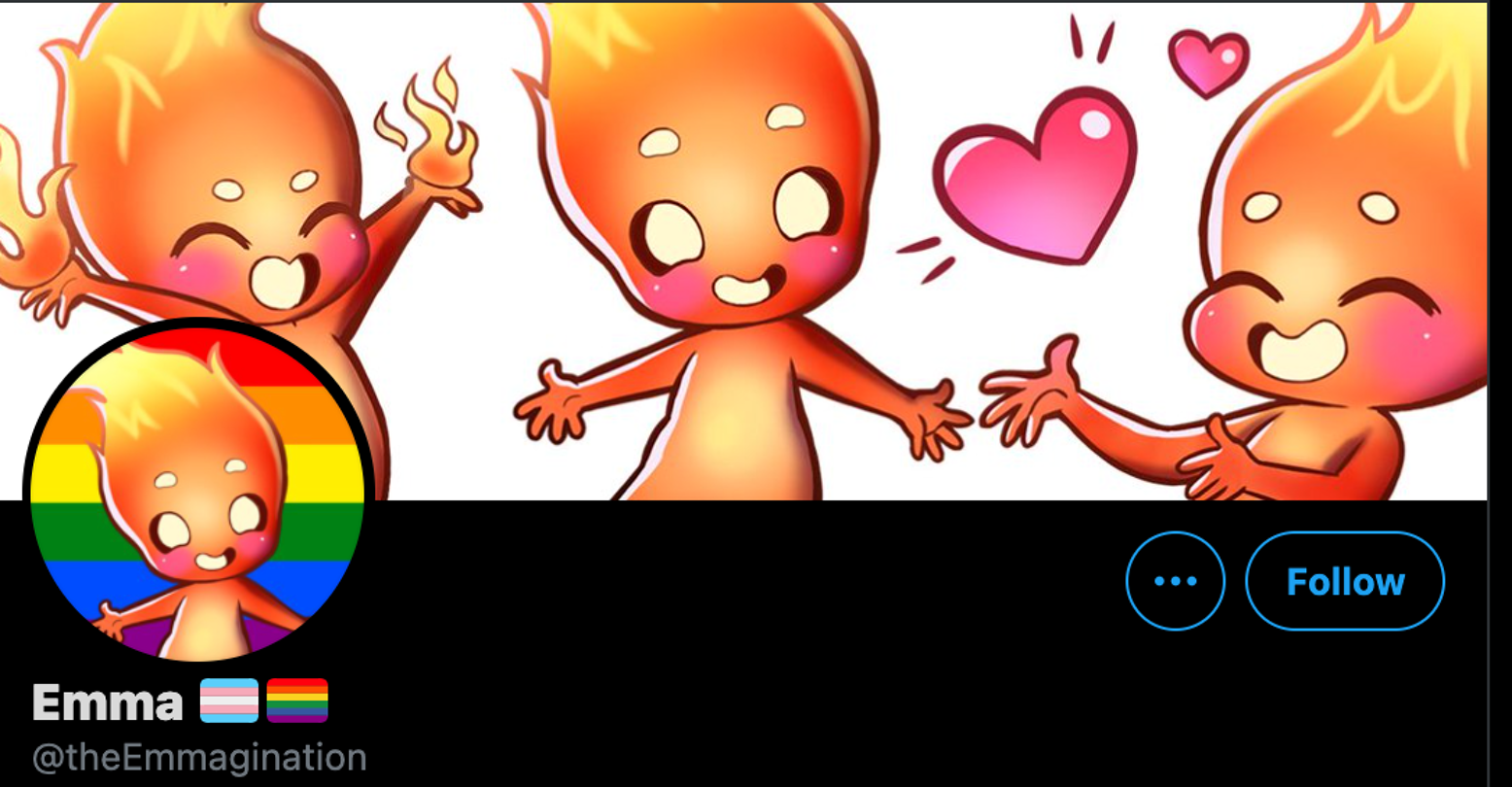 Disabled, Trans Streamer Emmagination is being shown lots of love from the queer community after being tricked with fake donations from cruel streamers.

As of last month, partnered Twitch streamers can use five custom animated emotes.  But what was introduced as a fun, new way to personalize unique emotes turned into a way to scam other streamers when partnered streamer Redvines created an emote that looks almost exactly like Bits or Twitch’s notification for donations.

Bits are specific to Twitch and bought to be donated to other streamers. After the donation is complete from one streamer to another, a notification is sent to the chat; the notification sent served as the inspiration for Redvines “prank” made in poor taste.

“I made the $100 bit donation into an emote,” Redvines announced in a recent stream. He then continues to blatantly tell the audience of his harmful intentions, “I’m gonna go troll some [other] streamers.”

Redvines first victimized the steamer FazeMew by pretending to give them 50,000 bits – about 500 hundred dollars worth of donations. Of course, FazeMew was beyond grateful until Redvines casually admitted it was a joke.

Somehow, Redvines found comedy in the dismay of others and felt the need to invite his followers to partake in the prank through the chat: “Clip it if you troll people, I’ll make a video lol.”

Inspired by Redvines, trolls fell onto Emmagination’s stream and spammed her with fake donations up to a total amount of 5,400 dollars – the likes of which could have actually been life-changing for Emmagination.

“Today Twitch hit a new low for me,” Emmagination tweeted after her stream was hijacked, “I was just telling my community how I am in risk of ending up homeless after my divorce because of my government’s inability to support disabled people and then this happened in my chat.”

For someone to understand the concept of what a donation is and then decide a charitable gift is the perfect setup for a joke is an obvious indicator of privilege; a privilege which becomes dangerous on influential platforms like Twitch where followers have the opportunity to watch and mimic mistakes as they are made live.

I’m late for the stream…again 😂. Just spent a few hours replying to everyone who has had the kindness to contact me with a healing word. I appreciate every single one of you and wanted to show you that. Stream will start ASAP after I take care of the little one🤍

Fortunately, Twitch is also home to the mass of queer streamers like TiffanyWitcher that flocked to Emmagination’s side after the cruel joke. Overcome by support, Emmagination tweeted again, stating the fellow streamers who helped her are much more indicative of the streaming community than the malicious actions of the streamers inspired by Redvines:  “THIS is what our community is. Someone who has never even heard of me before offering to do such a kind thing. We won’t let bullies and vile people take this from us who so often rely on the community for support, kindness and an escape from isolation. This is OUR space.”

THIS is what our community is. Someone who has never even heard of me before offering to do such a kind thing. We won’t let bullies and vile people take this from us who so often rely on the community for support, kindness and an escape from isolation. This is OUR space. https://t.co/xh6RHqymSC

When Twitch removed the fake donation emote, Redvines issued a half-assed apology on Twitter, “My new emote is no longer available, thought it would be a funny prank but some people used it maliciously. Sorry.” Of course, he excludes himself from the group of people who used his joke vindictively though the joke itself was cruel in nature to begin with.