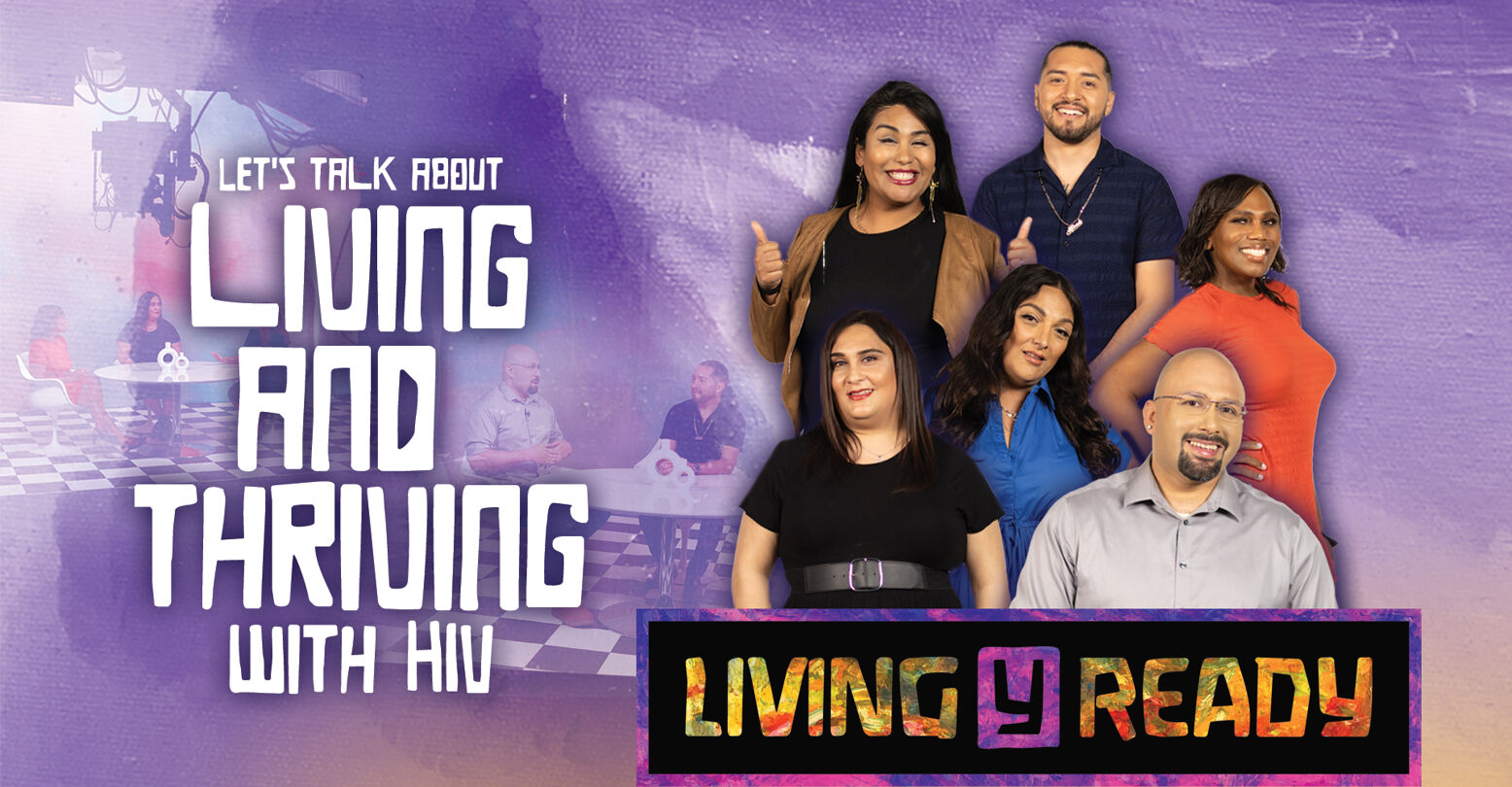 When creator Andres Palencia starting exploring queer health in the Latine community for Latino Alternative Television (LATV), he found himself surprised by what he learned. When it comes to living with HIV, it seems we still get the same old stories, rife with misinformation, lazy stereotypes, and stigma. So what about creating a docu-series that could explore those unasked questions?

That’s exactly what Palencia’s new series “Living y Ready” does. The season—which started in April and premieres its final episode tonight on LATV’s The Q Agenda—focuses on individuals, rather than trying to make sweeping general statements or falling into platitudes. Using its eye-opening, episodic format, featuring roundtable discussions as well as in-depth spotlights on individual lives and practices, the show seamlessly blends education on a crucial subject with a look into the lives of PLWH who are thriving, loving, and living to the fullest.

INTO spoke to Palencia ahead of the show’s finale to talk about the power of fighting back against stigma.

INTO: How did the themes for the series emerge?

Andres Palencia: Around the same time last year, we did a similar kind of short-form series just around health broadly in the Latine LGBT area. The response in the follow up was like, there is so much that’s not talked about or addressed. We needed to kind of show how these conversations could go down as a starting point for discussions around HIV in particular. And I think this gave us that opportunity.

What did you learn that surprised you doing these interviews?

What surprises me most is that coming out kind of never stops happening. For instance, one of our interviewees Jennifer, who first came out as queer as gay then came out as trans and then came out as having HIV and then came out as being in recovery. It speaks to the lack of empathy around these subjects, because we need rituals to get us through these hurdles. And a lot of what gives this kind of creative project meaning is to [realizing] that everybody goes through something similar to some degree, and I think we were still living in a world where HIV and the queer experience, HIV and masculinity, that part of the really evolved broadly. People are living scared, or, you know, families and loved ones are scared and people who have HIV are scared, right? And a lot of the fears are just not founded in reality. So that’s where we need to get to.

Even the language around living with HIV is stigmatizing still.

Exactly. While we were doing my health agenda, Vasilios, who was a guest, started framing it as like: the conversation is always had in terms of the 90s and that’s true broadly of plenty of media where you can find amazing stories now about what was going on in that era. You know, “Pose,” “It’s a Sin.” There are really good shows telling that story, and part of the reason why we’re able to tell those stories now is because the media has kind of caught up to where it should be kind of in terms of respect. But also, that generation didn’t get to tell its story. It didn’t get to reflect. Right? A lot of people died. A lot of creative people died, who were the ones who would have painted the picture and told the story. I think just as important as that is for that generation, we have to make sure that while we have the power, while we have the influence and the tools and access to people, we have to speak to what the queer reality is today.

Were there any conversations you had that made you reflect on your own life and identity?

Absolutely. It was very shocking, because as we were taping this first episode with Erick Velasco and Ray Fernandez, they were talking and I was like, Okay,we want to address masculinity, like give your perspective, our tradition, stuff like that. And then let’s talk a little bit about fears. And it kind of blindsided me that the first fear they mentioned wasn’t health. It wasn’t debt. It was romance. Yeah. It was dating, it was it was feeling desired. It kind of shocked me because I’m like here we are. You kind of have your perspective of something and you’re like, “oh, because there’s stigma around it, I’m supposed to be scared of it.” On the other side of it, people want to be happy and live their lives, and fall in love and fantasize. That was one thing where it really shocked me because I feel like there’s not enough emphasis on that. And what’s more human than then wanting to be loved?

Being queer already means there’s always so much to disclose, so it makes sense that there’s that added layer of romantic anxiety. It’s moving to see people push past those fears to find community.

There are a lot of people out there who create communities for themselves and help each other out. It’s one of those things to where you just want to tell people you’re not alone. That there are people like you, and then when you actually meet these faces and get to interact with them and see the amazing work they’re doing and the people they’re helping, you see how their life is just a reflection of all that effort. I admire that in queer people.

What would you say to a younger person, maybe someone in Gen Z, in terms of something they just need to know but might not necessarily learn from the world?

I feel like every generation says the same thing. “You’re so lucky.” Or like, don’t ever lose sight of the power of being yourself, whatever that means. But I think that’s what a lot of this is about. It’s letting people know who you are. I mean, I’m a queer person, a lot of my life was sham,e and then the other part of your life is trying to when things happen, you try to identify like, “Well, did I feel shame for something that that that I couldn’t control that I learned that was programmed in me and how can I undo it?” And that’s not an easy journey. My greatest hope is that Gen Z and the next generation has less and less of that struggle and less shame. The fears and stigmas and myths are out there, and they’re a little louder than the actual reality. But there is a light at the end of the tunnel.♦