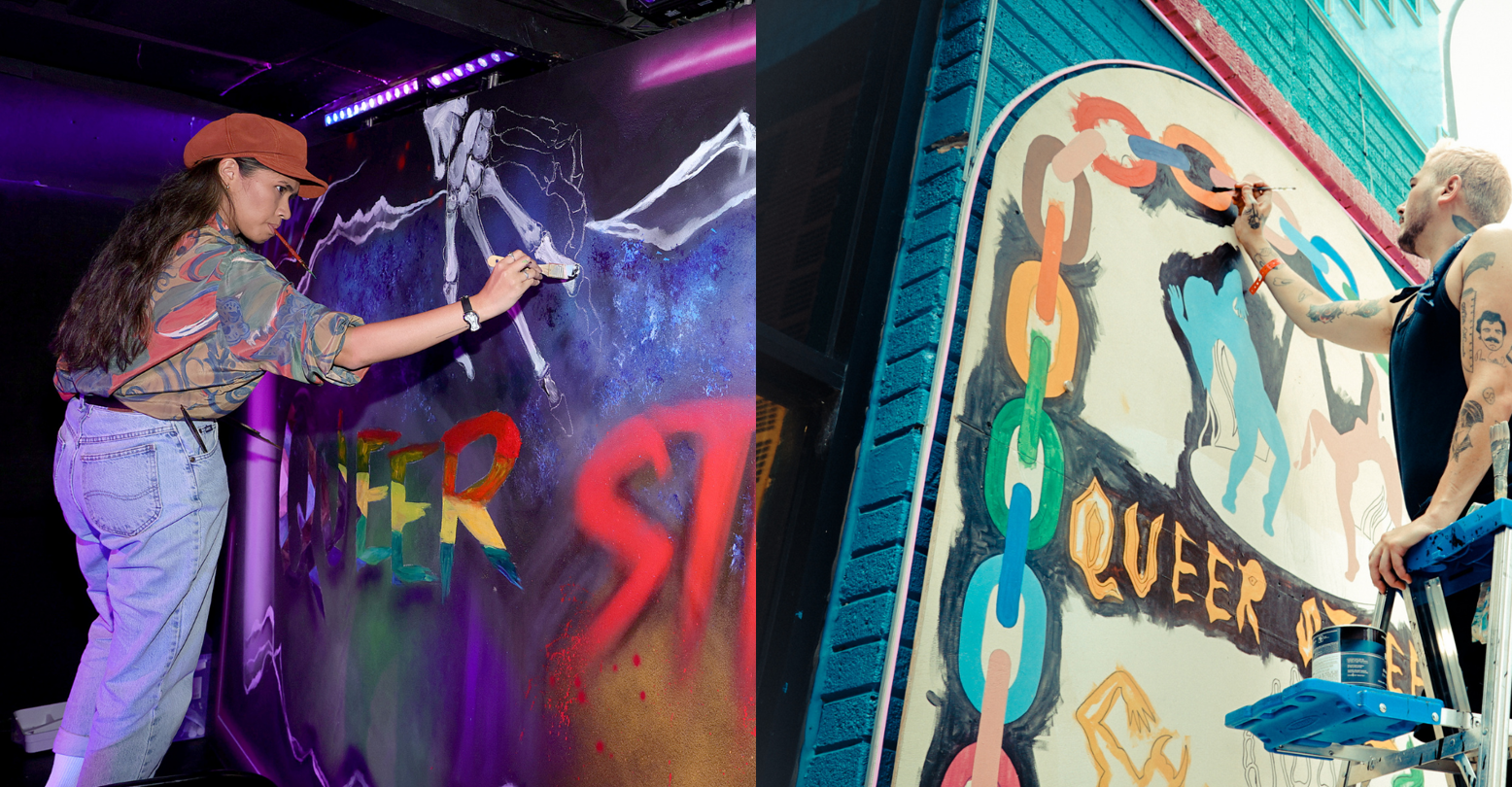 Leigh Janiak and Phil Graziadei’s Fear Street Trilogy isn’t even all the way out yet, and it’s already sparking discussion about the legacy of queer representation in horror. The series, which spans 300 years in the life of warring towns Shadyside and Sunnyvale, doesn’t just flip the horror genre on its head. It centers queer characters of color in each film, letting the love story between Shadysider Deena and Sunnyvale implant Sam serve as the emotional anchor for the trilogy.

What better way to celebrate Fear Street‘s reclamation of queer horror than to let queer artists do their own take on it?

The artists didn’t have any easy job of commemorating Fear Street, however. For copyright reasons, they couldn’t use character’s faces or depict violent situations. So the artists did what they do best: they got creative.

“I am such a big nerd and I’ve always loved R.L. Stine,” Schipani told INTO. “I grew up in the 90s so I read all of “Goosebumps” and then transitioned into fear of st st. And so I’ve also carried over that passion for horror. Now, and yeah, I was just thinking about all these amazing horror film posters that I had seen.”

For Schipani, the trilogy brought to mind classics of queer and trans horror like Sleepaway Camp and the films of Brian DePalma, especially the oft-overlooked classic Phantom of the Paradise. “I think [the films] really captured that era in a really amazing way,” he explained. He’s not unaware of the controversy surrounding such classics, however. “I feel like trans women became villains in the movies in the 1980s, and it kind of played on everyone’s fear of like a “man in a woman’s disguise.” They weren’t thinking of these characters as like, fully realize identities or expressions of gender. They were thinking about them as deceivers.” In the Fear Street Trilogy, queer characters don’t get this sloppy treatment. On the contrary. “The love story between Deena and Sam is there,” Schipani says, “and it’s a part of the overarching theme of all three films but it’s not stressed in a weird way. It’s just there and they exist, and I think it’s really beautiful. A lot of it’s not really explained and you don’t really need an explanation. It’s just natural.”

For artist OGMillie (Kamille Ejerta), the films brought to mind another queer horror classic. “It kind of reminded me of Scream,” she told INTO. Her approach to the mural involved splashes of color, with hidden callbacks to the film inside. “I put the progressive LGBTQ flag in there, I threw in a few little tiny easter eggs.”

Both artists were thrilled by the attention the film pays to its marginalized characters. Instead of being relegated to the sidelines, they’re front and center, and their stories aren’t whitewashed.

“I love horror, but we don’t see that representation, a lot in [those movies.] so seeing Fear Street,” says OGMillie, “it gave me a really warm sensation just because it was, we followed their stories throughout, as opposed to other genre films and other horror films where we see these characters die out instantly.” 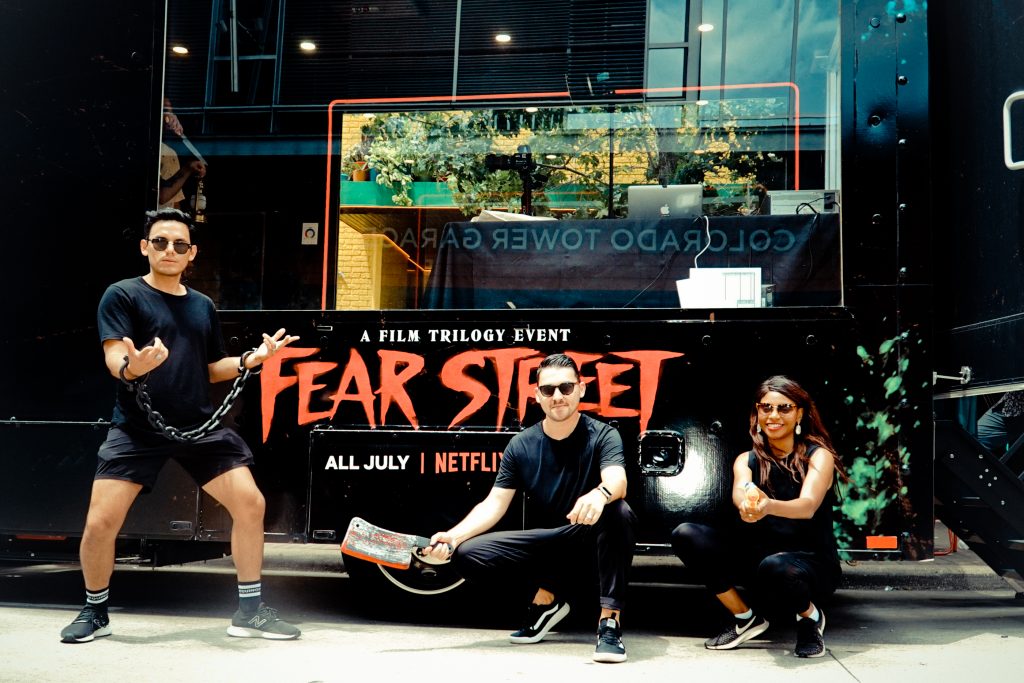 “I think that it also just adds so much depth to a story to create fully realized characters that aren’t stereotypes,” Schipani says, “and I think that we are starting to see more of that. I think it just adds to every story to have a diverse group of people represented but not just throwing someone in there, like, “oh, we need to represent this group of people so here’s this character to appease everyone.”

Both artists agreed that a movie like this would have made a big difference to them had they seen it as kids. “It probably would have changed everything for me,” Schipani says. “But I’m glad I’m happy to be seeing it now.”

As for the lives of the murals themselves, they’ll live on in a different way.

“It’s something historical that’s being created in the moment, and that makes me happy,” says OGMillie. “Just to be creating history.” ♦