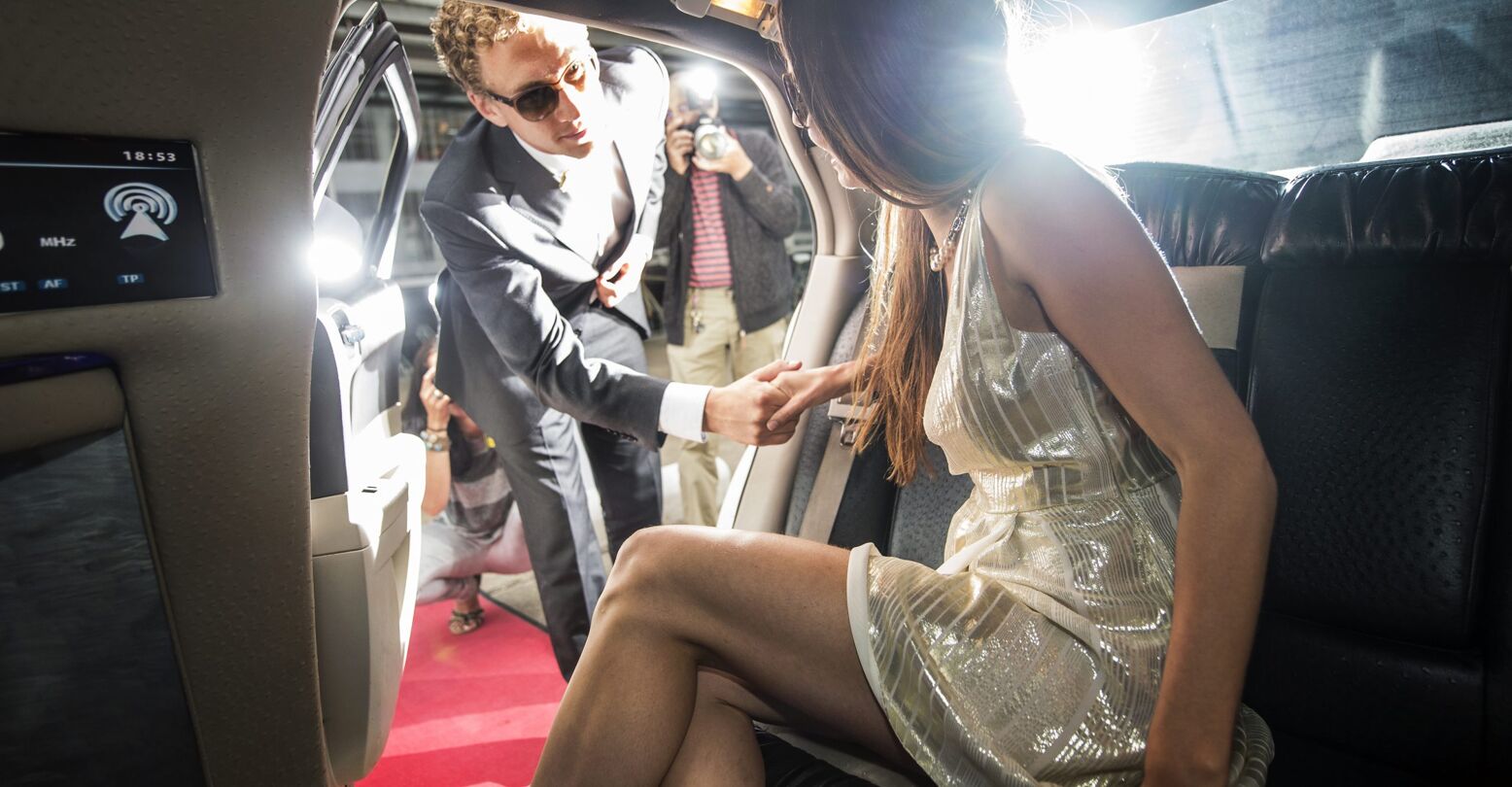 Ahhh, 2003. What a different time. Under the Tuscan Sun had just came out, Facebook didn’t exist yet, and people were united through their dislike of the president on an actual good faith basis. Back then, you might have been able to pick up a paper and maybe get a semblance of balanced news reporting, even from the New York Post.

An article published by the Post‘s tabloid section, Page Six, takes us back to that seemingly-simplistic time: “SINGLING OUT APPLE’S TOP STUDS,” which purported to be the pinnacle “list of the city’s most eligible guys.”

The article, which is being revisited lately thanks to the wondering minds of Twitter, opens by stating “New York has the smartest, toughest, most ambitious men in the world, and some of them are still single – or newly single, having gotten divorced.”

Page Six pledges that, after eliminating the soon-to-be married or long-in-love, and combing through “multiple data bases, interview[ing] the experts, [and] poll[ing] our readers, they have the definitive mini-black book on New York City’s eligible bachelors. “They come from all sorts of backgrounds and generations, with different talents and widely divergent incomes. The only thing they have in common is they like women,” the tabloid writes. (Unsurprisingly, this would not ring true.)

Well, as I’m sure the writers expected when they wrote it in 2003, of course, the list has caught our attention less than 19 years in the future, if that’s not evidence of how well things are going here in 2022. Let’s just say, the list is downright bad.

you think dating in New York is rough now ? 😂 you are like a tiny baby, watch this 🤠 pic.twitter.com/X9ZqVmOE1l

It would be faster to point out the names of people that didn’t turn out to be downright bad apples, than to eliminate the ones that are. Like Derek Jeter, then the shortstop for the New York Yankees. Certainly at the time, he wasn’t a bad choice to open up the list. In fact, Page Six deemed his “sex symbol status” to be a promising investment, largely based on his tendency to party and his late ’90s affair with iconic diva Mariah Carey, but — and remember this is a tabloid — they claim it’s from her stalking him. As we learned from her 2020 memoir, and our collective critical understanding of how tabloids treat female entertainers, that isn’t necessarily how it went down.

She was in a not-so-lovely marriage to Tommy Mattola, and after sneaking out on a boat trip with Jeter, Carey wrote the song “Honey” about him, among others. In essence, her relationship to Jeter freed her to actually see and experience a not-so-toxic version of love, even if it didn’t work out happily ever after. Jeter’s dating history, meanwhile, could be its own article (and is — several of them, actually) but all this to say, he’s not the worst on the list. Anyhow, he’s now married to Hannah Davis and owns a (non-Yankees) baseball franchise, so not bad!

Other not #cancelled (yet) names include: The Strokes’ band member Julian Casablancas (Page Six says his con is “Wears ‘ironic’ 1980s concert T-shirts by Def Lepard and Michael Jackson,” which tells you enough about their bad taste); John Utendahl, a financial executive who would later go on to date Tyra Banks; André 3000, 1/2 of OutKast (although he didn’t live in Brooklyn for long, as he did when he made the list) and Pharrell turned out to be decent choices at the time.

Ed Skyler, who at the time was the 30 year-old “Tall, dark, super-serious” press secretary to then-mayor Michael Bloomberg, and before that, Rudy Giuliani. Not the best two bosses to have in history, but Skyler went on to become deputy mayor before jumping ship for a cushy Citigroup job, and now has kids, according to his Twitter bio. He did once tackle a mugger just to get a woman back his Blackberry, so if you’re into the heroic type…

– Jeremy Shockey, a former New York Giants football player. Whether you ever thought he was hot or not, there were a lot of other areas he had issues in: not the most team-friendly person to ever play football, FBI investigations, Twitter beefs, toxic patriotism that led to Trump allegiance and an absurdly large American flag tattoo that took 21 hours to complete (which, patriotism aside, just has to have aged horribly at this point), and a loooong history of homophobic comments and slur usage (some alleged, others confirmed which he did walk back later.) He’s divorced now, if that’s evident of anything to you.

– Ethan Hawke, included after the actor was cheating on then-wife Uma Thurman after they had two kids together, and literally while Quentin Tarintino was putting her in the hospital. He’s long supported gay rights and feminism, so not the worst person on the list, but certainly not the best.

might guilt you into reading one of his weak novels 💀 pic.twitter.com/ZcTsAOoWcB

– André Balazs, a successful hotelier and once-Andy Warhol associate who’s also another Uma Thurman ex. He initially seemed to be a good choice for the list, but he went from one of GQ‘s “Men of the Year” to someone accused of groping multiple women, including actress and Jason Bateman’s wife Amanda Anka at a Jennifer Aniston-hosted party, which was witnessed by half of Hollywood.

Anka and Bateman put out a statement confirming the incident and noting “his actions were dealt with.” Balazs’ own co-hoteliers are now taking legal action to get out of business with him because of his “moral culpability” over the years of apparent bad decisions/actions. Anyhow, he’s now dating a descendant of Irish peerage who he’s had a child with.

– Jimmy Fallon, who at the time was known as “the resident hunk on ‘Saturday Night Live’,” escaped controversy back then for his blackface routine as Chris Rock, but has rarely escaped any controversy since, like giving air time to Trump or (alleged) cultural appropriators, although he often apologizes for them. Fallon has been married to film producer Nancy Juvonen for almost 15 years and they have two kids.

– Damon Dash, who Page Six claimed was “prone to obnoxious harangues against his underlings or those who question his importance” which is quite the understatement. Besides financial issues and social media spats with just about anyone he’s ever associated with, Dash has been accused of domestic abuse by his ex-wife Rachel Roy, which a judge found credible enough to grant her and their two kids a three-year order of protection.

– Shepard Smith (misspelled as Shepherd), the then-FOX News host who even at the time didn’t have the best portfolio to his credit: drunk-driving priors, a former Florida man, and shared airtime with Bill O’Reilly. Of course, FOX News would go on to become so bad that Smith, an actual journalist, looked like a saint compared to the others on the network these days, but his 2017 coming out certainly rankled any woman he might have had fawning after him. So much for everyone on the list liking women.

– Jeffrey Epstein. Page Six listed his private plane as his only “pro.” I hope I don’t have to explain this one any further.

– Adrien Brody, who should be shunned in all walks of life for his infamous attempt at introducing Sean Paul while hosting an episode of Saturday Night Live. If that’s somehow not enough, his defense of Roman Polanski, his secret hip-hop music making phase and forced kissing of Halle Berry at the Oscars should do the trick.

– Billy Crudup, an excellent actor… who, in the words of Page Six, “dumped Mary Louise Parker when she was 8½ months pregnant [it was seven, actually] and ran off with Claire Danes.” That ended after a few years and he’s now dating Naomi Watts.

– Donald Trump, Jr. Among other things, a noted transphobe who can’t stop talking about trans people. Cons listed by Page Six: “his dad.” Again, don’t make me explain this one further.

– Andrew Cuomo, who, if you can look beyond the dozens of sexual harassment and groping allegations, he also has a massive ego, several corruption investigations, his messy past marriage and divorce from a Kennedy, and the ability to make people “Cuomosexuals” in his favor.

– Then-Rep. Anthony Weiner. If you don’t remember, Weiner became one of the first major politicians to fall due to the internet, caused by his inability to not sext people on Twitter. Even after resigning from Congress after getting exposed once in 2011, he got caught again and ended up convicted of transferring obscene material to a minor in 2017, now being required to register as a sex offender for life. Understandably, his marriage to Huma Abedin ended in shambles.

"has nowhere but up to go from here." Sure, Jan.

Someone needs to figure out exactly who the hell wrote that list and then use them as a freaking magic 8 ball of Who To Stay The Hell Away From. Honestly that's some kind of talent.

lmao the shepherd smith Pro/Con contrast: he *did* once intentionally hit someone with his car, but he’s got a sick pool table https://t.co/LoPPZ6wNq6

“Has a private plane” as a pro for Epstein… did not age well https://t.co/x3TT7PJauz

These screenshots make it seem like someone with a time machine wrote the entire thing to damn Ethan Hawke by association. https://t.co/33CJ8cdZBS

For my young friends that think West End Caleb is the worstguyever™️ this is what was in the news dating wise one day in 2003. ONE DAY and all these monsters being touted with pros/cons. I applaud you raising the bar. Ours was in hell https://t.co/adLXr6C6D4

.@PageSix drop another list, I need to know who to avoid https://t.co/BS89UHRySC