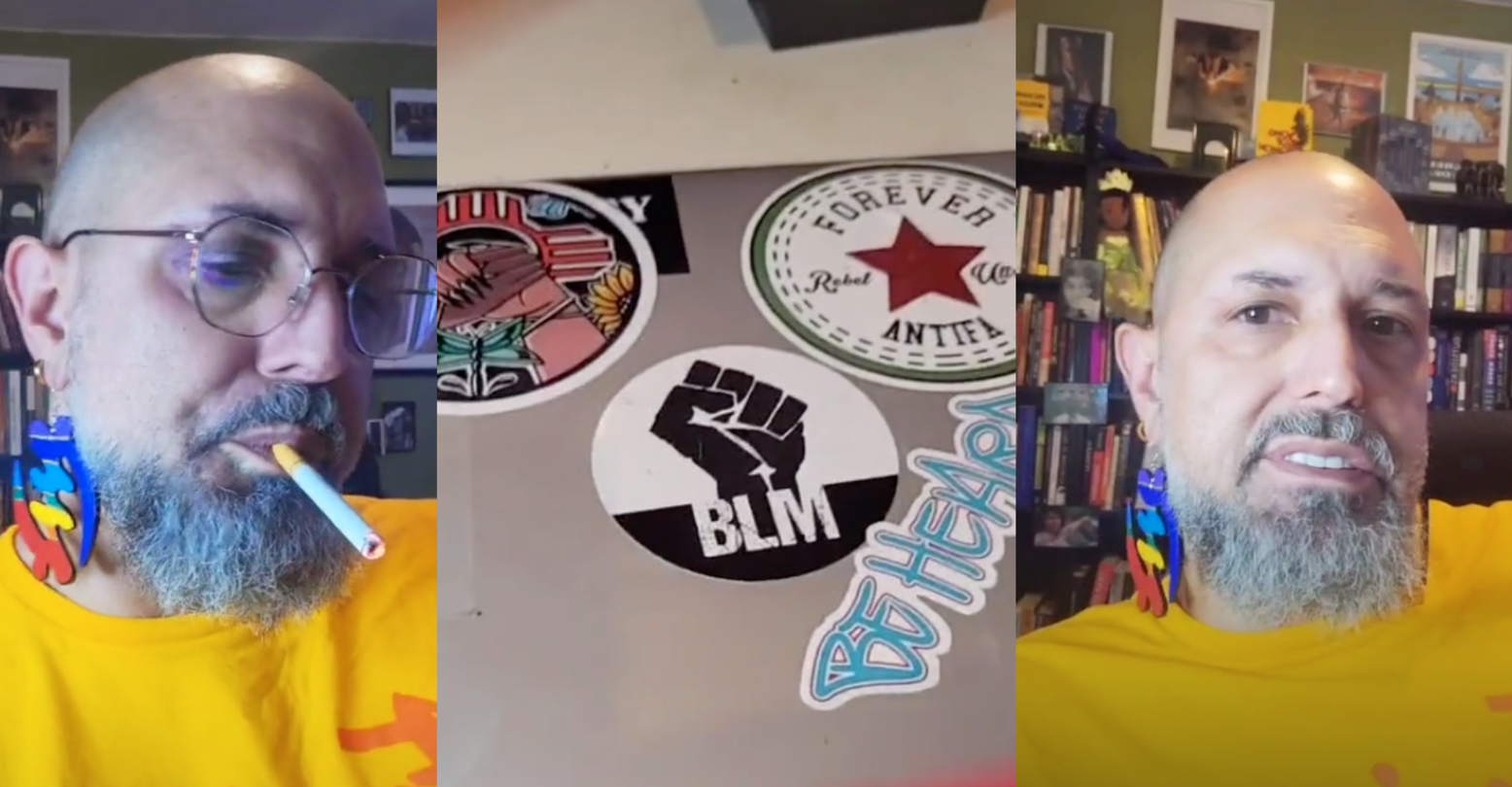 In any other context, it might have been an honest enough statement: “I’ve never understood why Pride is a thing.” But the TikToker who said these words is a self-described gay conservative and his tone is dismissive. This young TikToker, who can’t have been alive for many Prides, is already over it and feels you should be too.

Enter John S. Blake, a poet and teacher. They’ve delivered an electrifying response to the video through their TikTok account @blackfluidpoet. The response now has over 87k views and it quickly made the rounds on Twitter before the tweet was deleted.

Blake begins by lighting a cigarette. As Twitter user @latortuga78 put it: “Soon as he lit that cigarette I knew he was about to school his ass.”

After an elongated drag and a weary exhale of smoke, Blake stacks a number of queer books on top of one another. Among them are Audre Lorde’s Sister Outsider, Charlene A Carruthers’s Unapologetic: A Black, Queer and Feminist Mandate for Radical Movements Susan Strike’s Transgender History.

Blake then makes their point succinctly: “It’s because you don’t know the history or choose to ignore it.”

They go on, speaking from personal experience:

“I was alive in the 80s. When our government was dragging their asses about AIDS, there just really weren’t that many gay people to be worried about. Many Americans had to come out in order for the country to recognize just how many people in this country were actually queer.

Blake wraps up with a resounding privilege check: “You weren’t here for the bashings and the beatings. You wouldn’t even be making a video if it wasn’t for them.”

It was the mic drop felt across the internet.

They stand on our shoulders while they tell us that we’re doing it wrong.

You think this isn’t about you, because you feel safe.

We’re the only reason you feel safe . we fought for your safety.

Our elders didn’t die for the queer babies of today to become patsies for those that want to kill us.

Come thru Gay Auntie. Tell the children how it was.
🏳️‍🌈🏳️‍⚧️❤️✊🏽#HappyPride https://t.co/cMWkSWYHHs

Not long afterwards, Blake posted a video in defense of the OP when one commenter questioned his gender identity as an apparent insult. “We don’t do that here,” Blake responded, saying they would fight through “bullets and blades” for his right to identify as gay and conservative.

“The one thing I can acknowledge is how freely he got on social media and said, ‘As a gay man.’” Blake turns the question to the audience: “Do you know how long we’ve been waiting for that kind of freedom?”