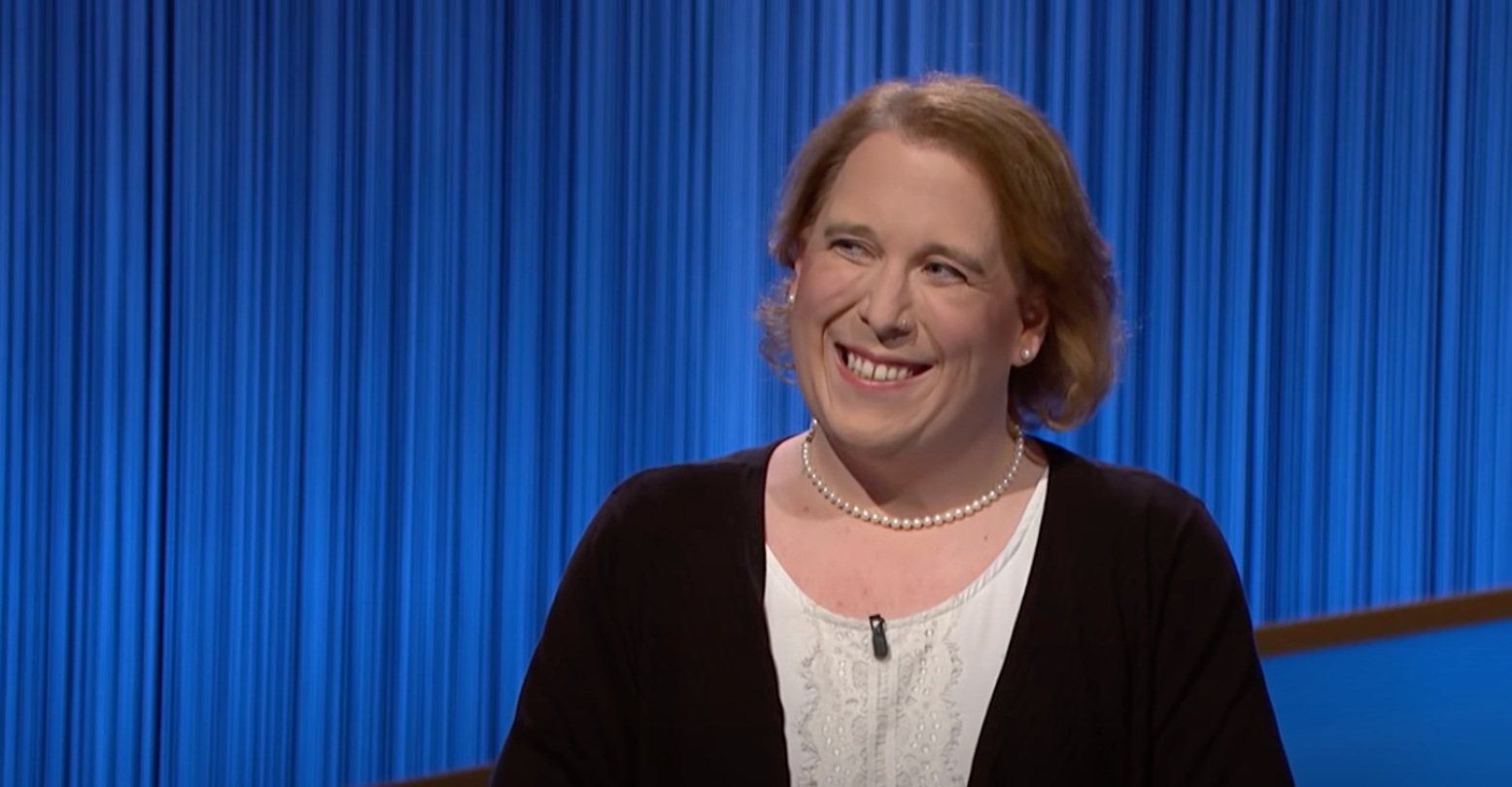 Amy Schneider’s historic run as Jeopardy’s highest scoring transgender contestant has ended. After a winning streak of 40 games, she was bested by Rhone Talsma, a Chicago librarian who identifies as queer.

Talsma was able to gain the upper hand when he scored a Daily Double, securing a narrow $2000 lead. The coup-de-grace came during Final Jeopardy!, in which Schneider could not come up with an answer.

Schneider reflected on the match in a statement released to the media: “I had thought that Rhone was going to be tough going into it. I loved hanging out with him, we had a great conversation before the taping, but I could tell that he was here to play and that he was going to be good.

“I still came very close to winning, but I did feel like maybe I was slipping a little bit. And once it was clear that he was fast on the buzzer, I knew it was going to be a battle all the way.”

“I’m still in shock,” said Talsma. “This is my favorite show … I was so excited to be here, and I just wanted to do my best. I did not expect to be facing a 40-day champion, and I was excited to maybe see someone else slay the giant. I just really didn’t think it was going to be me, so I’m thrilled.”

While Scheider’s run has ended, she is going home with $1.382 million, having broken a number of Jeopardy records along the way. She is the first woman to win over a million dollars, making her the highest performing female contestant. Her run is also the second longest, after current Jeopardy host Ken Jennings (who won 74 games in 2004).

“It’s really been an honor,” Schneider said. “To know that I’m one of the most successful people at a game I’ve loved since I was a kid and to know that I’m a part of its history now, I just don’t know how to process it.”

In a follow-up statement on Jeopardy’s website, Schneider spoke about her particular experience as a transgender contestant. “While, as I’ve said, my trans identity is only one part of myself,” she explained, “it has also been the source of easily the biggest rewards I’ve gotten from this experience. … As the days counted down to my episodes airing, I braced myself for the rejection I was sure would come. And then… it just didn’t. Sure, there have been a few isolated voices trying to bring me down, but the overwhelming reaction has been of support and acceptance. People actually believe me when I say who I am. They don’t think there’s something wrong with me. And because of that, for maybe the first time in my life, I’m starting to think there really isn’t anything wrong with me either.”

Schneider will return to Jeopardy in the Tournament of Champions later this year, the first transgender contestant to do so.