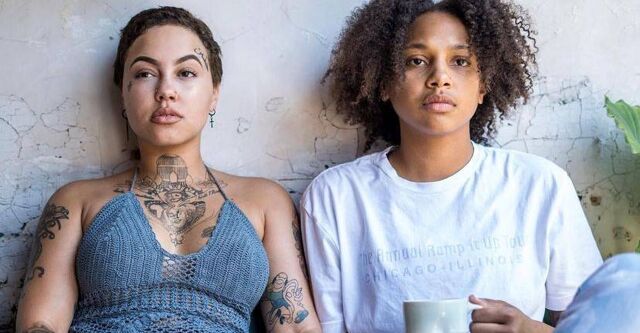 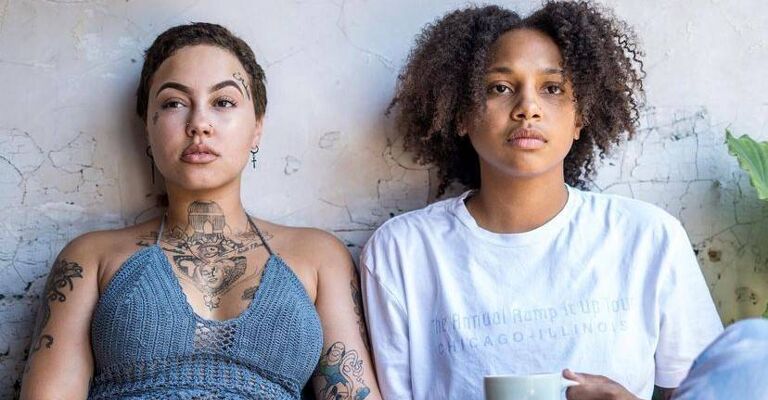 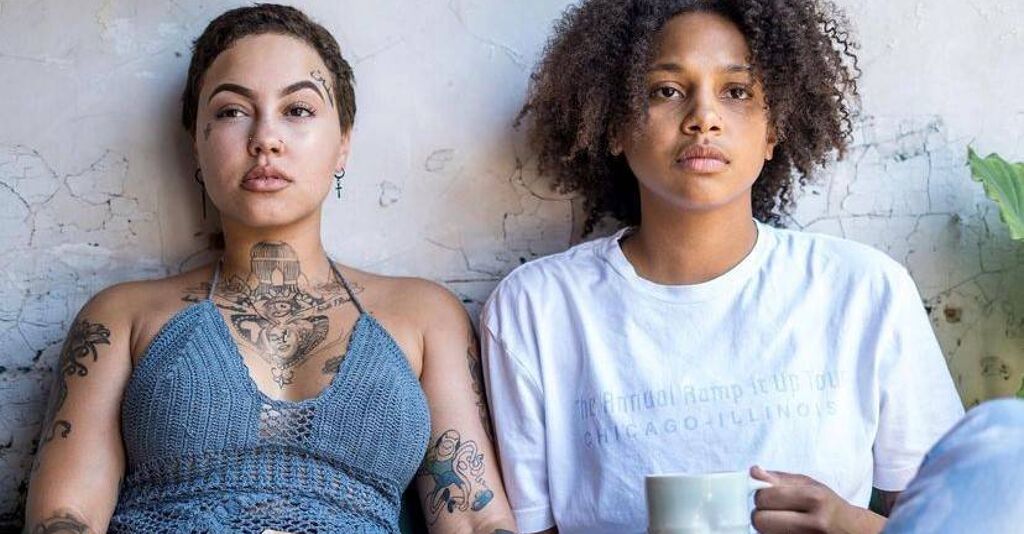 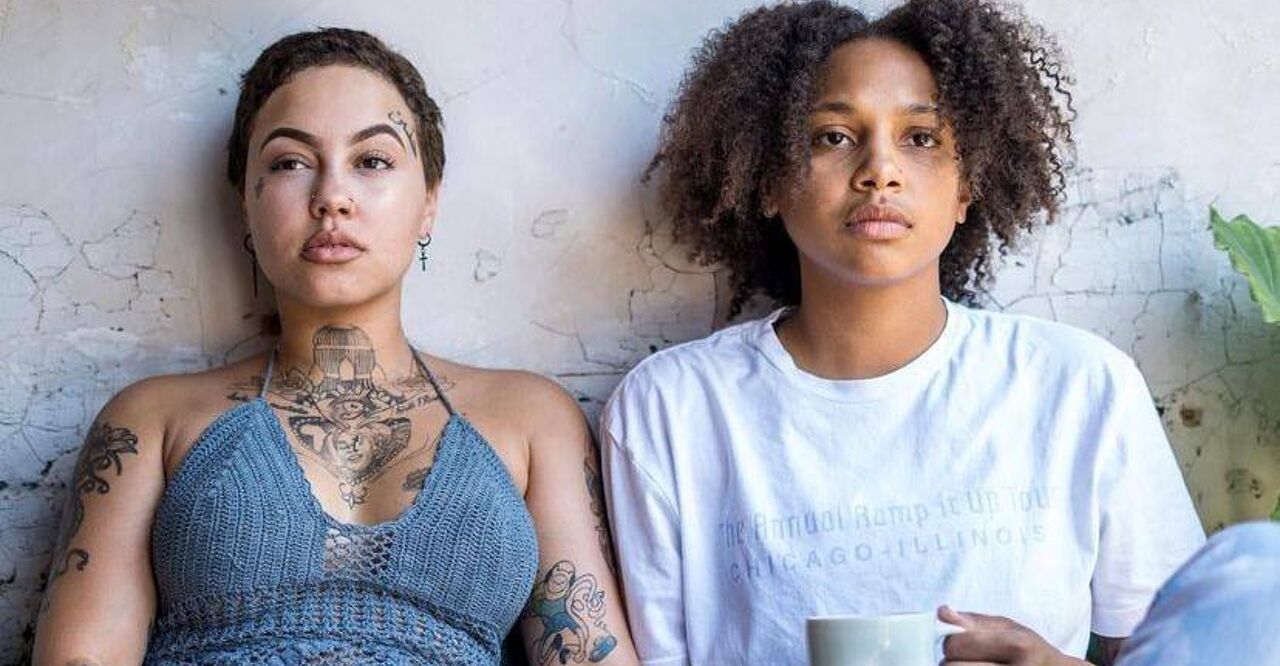 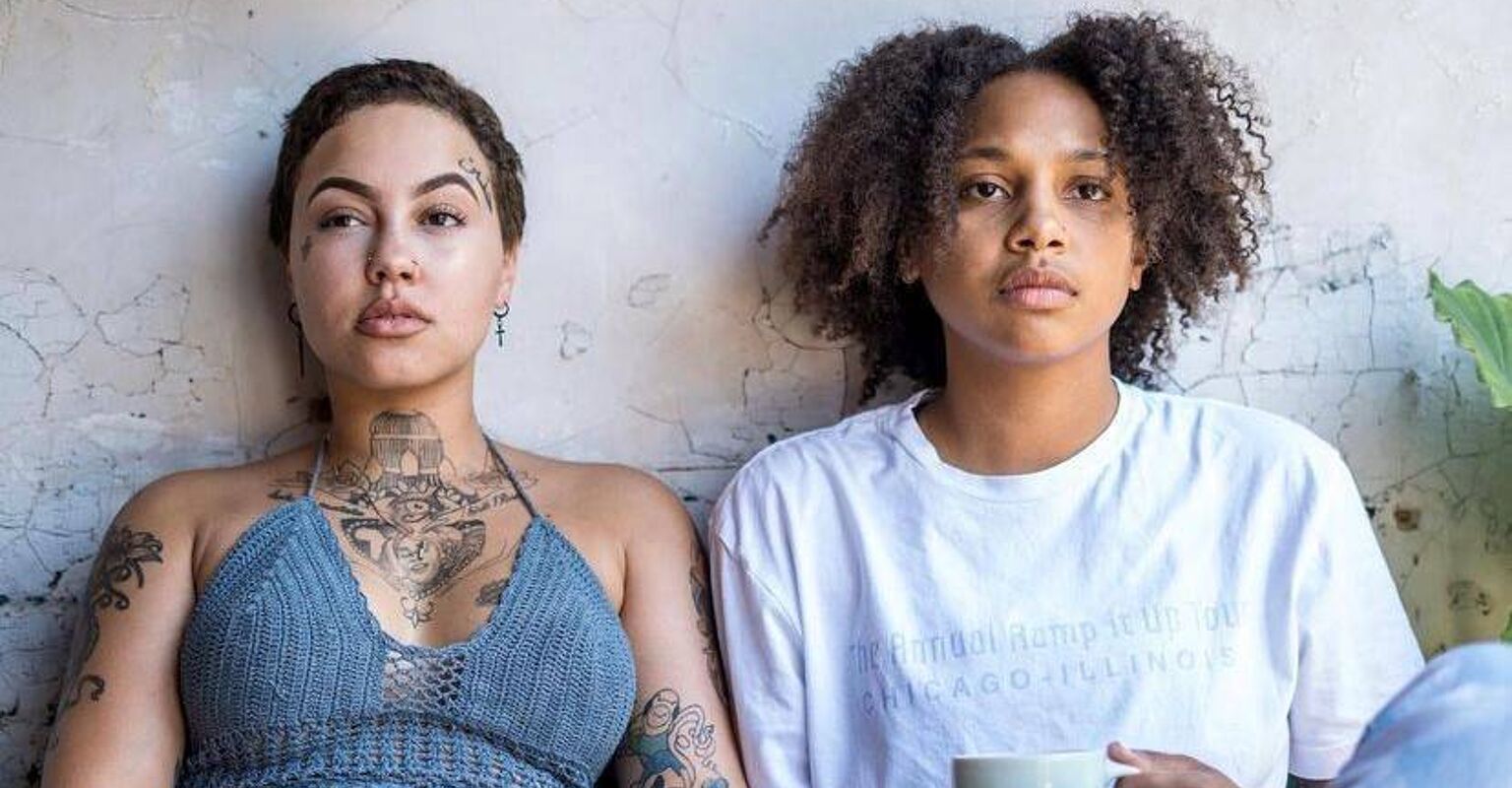 It was just June of 2020 when married couple Court & Lex posted their first video to TikTok. Today, they have over 1.3 million followers. Their content is a blend of comedy and heart, sharing their lives as wives and mothers to their three children. Earlier this year, the duo launched their tea brand, No Label. Instead of using flavor names, every bag of tea is packaged with a see-through window, so shoppers can see exactly what they’re getting instead of judging the tea by its cover. INTO sat down with Court & Lex to talk going viral, being visible, and being yourself.

INTO: You two have had an insane year of growth, going from zero followers to over a million in just one year. How does it feel to rise to a pretty high level of Internet celebrity so quickly?

COURT: It’s weird. It is weird. A lot of things changed. Even people close to us, our moms, their life has changed. You know, it’s strange being recognized.

LEX: It’s definitely a positive thing, but it’s kind of been like whiplash, because you never know when it’s gonna happen. We just kind of got thrown into it. We were like, “Oh, snap!”

INTO: So what have been some of the challenges of adjusting to this new lifestyle?

COURT: I mean, we had regular jobs. I was a chef.

LEX: I was a banker.

COURT: So we went from 9-to-5 jobs to working all day, every day, all the time.

LEX: And people identifying with us so strongly and looking up to us — I never thought I was somebody that was that cool, to be honest! So finding out that people think I’m that cool is like, “Oh, well, okay! Awesome!”

INTO: And speaking of being a role model for people, what does it mean to you to be representing queer people and people of color in this super positive light? Did you ever have something like that yourself when you were growing up?

COURT: Me either. But it means a lot to be in this position, and to be able to help people and just spread positive vibes and keep people going.

LEX: And not only that, but one of our main things is being unapologetically yourself. We try to give people the real, raw versions of ourselves — what you see on the Internet is really who we are in real life. I think it’s important to show those flaws and those bad days and all that stuff, because social media has created this perfect world. And people are comparing themselves to these people that are not even these people, you know?

INTO: Absolutely. So if you had to describe the central message of your content, would that be it? Just being real, being yourself?

LEX: Yeah. Definitely. Stop trying to force yourself into a box that society has put onto you. Like, just be you. Don’t even worry about that stuff.

COURT: Honestly, I think it sounds cliché — you know, “Oh, be yourself, be real, just do you” — it sounds cliché, and it sounds easier than what it is, but it’s really time for people to start putting action behind that.

We try to give people the real, raw versions of ourselves — what you see on the Internet is really who we are in real life.

For example, a lot of people go out to the club, to go party and everything, and they don’t party. They just kind of stand around. Like, let go! Be yourself!

LEX: Yeah, let go and have fun! Enjoy life while you’re right here. Stop caring about what everybody else thinks. I feel like that’s the main thing. And even for us, we have to remind ourselves sometimes not to care about what people think, because this is who we are.

INTO: That’s a great outlook to have. I’m sure it influenced your new tea brand, No Label. You know, a lot of influencers will start clothing lines or makeup brands — what inspired you to go for tea as your first big venture? Are you big tea people?

LEX: It’s funny, actually. When we first got together, oh my gosh, we were so poor. [laughs] Like, we literally had 20 bucks left after we paid bills for two weeks. And one of the ways that we really connected with each other was at the end of the day, after we put the kids to bed, we would make tea. It really became a focal point of our relationship — tea time was us time. So when we thought about No Label and something that was really close to our hearts, and something that really meant something to us, it was tea.

INTO: So how many kinds of tea are you selling so far?

COURT: We have two now. We picked our favorites. Mine was the champagne and berries, and then the other one that’s online is peppermint lavender.

COURT: It’s becoming my favorite, I’m not gonna lie. It’s really good! But yeah, those are the two for now.

INTO: Where do you see the brand going in the future?

LEX: No Label is something that we want to carry a long way. We definitely are looking to expand the No Label brand, because it can mean so much to a lot of people.

INTO: Outside of No Label, do you have any other exciting projects coming up?

LEX: We want to, of course, expand past social media. So we’re working on some things as far as music. And we’re also working on production and directing. Super excited about those.

COURT: Yeah, you guys will definitely see some films coming from us soon. Definitely just trying to expand the artistic, creative side.

INTO: Well, I’ll be on the lookout!

LEX: I would also just remind people once again that being yourself is always the best way to do things. Just keep following us on our journey. Like, this is a new journey for us. We don’t really know what we’re doing. We’re just out here living and winging it.