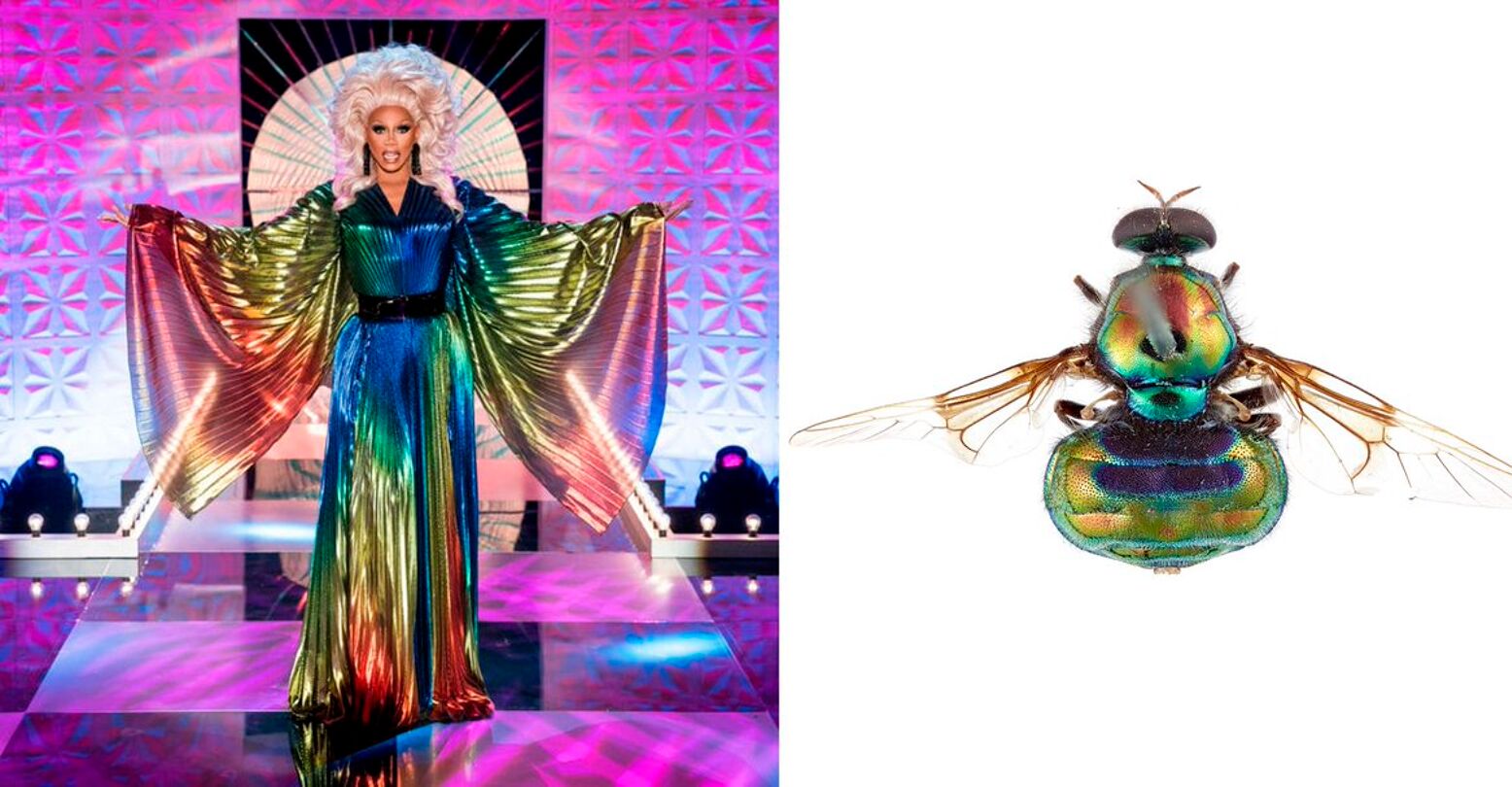 So: RuPaul is a fly now.

Australian entomologists just announced that this little guy’s Latin name is Opaluma rupaul, named after the world’s most famous drag queen. The fly’s iridescent rainbow coloring explains the connection — but Bryan Lessard, the entomologist who chose the name, says it was also chosen to bring queer representation to the science world.

“As a gay scientist, it took me a long time to feel comfortable in my own skin in a very traditional field of science — in entomology,” Lessard told CNN. “I think it’s really important for the next generation of LGBTQ+ scientists to know that they’re being represented in the workplace, as we give the names of legends in the community to memorable species.”

Lessard, who’s known in entomology circles as “Bry the Fly Guy,” isn’t new to the name game. 10 years ago, he named the Scaptia beyonceae fly after another icon, Beyoncé — seems like a waste not to give the name to a species of bee, but we’ll take it.

Creative names like these are sometimes looked down upon by more traditional entomologists, said Lessard, but they increase public interest in the species and thus promote education about invertebrates.

“Usually, it’s the cute and cuddly koalas that get all the attention when it comes to conservation efforts,” Lessard explained. “And the invertebrates are ignored — despite the fact they’re the essential workers of the ecosystem that pollinate native flowers and agricultural crops that are grown to give us food. If we didn’t have that service from invertebrates, the world would be a terrible place.”

So though RuPaul doesn’t have the best track record as an environmentalist (*cough* fracking *cough*), she’s helping conservation efforts just by lending her name to this fly. It’s just one of 13 new soldier fly species that Lessard recently named, many of which are from parts of Australia where wildlife was devastated by the 2019-2020 bushfires.

“These species would have burnt and no one would have cared if I hadn’t given them a name,” Lessard said.

Thanks for saving the flies, Lessard — and for turning them into queer icons as you do it.