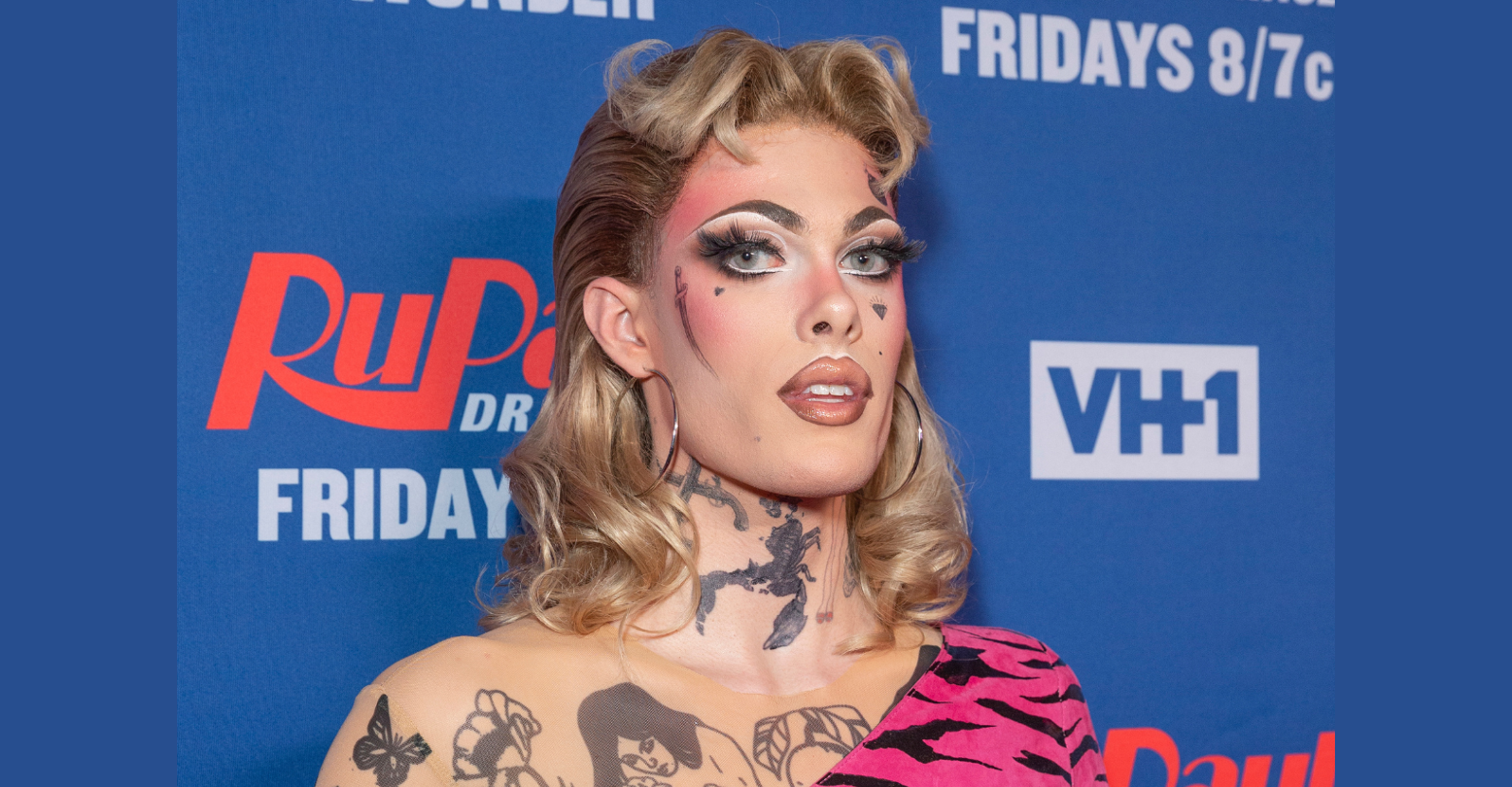 Yesterday (August 29th), Goode announced via an Instagram reel to her 1.3 million followers that she proudly identifies as a trans, non-binary person. As the video begins, Goode pauses to sip pineapple juice from a fabulous cactus cup and then jumps right into it with a signature address of her beloved fans or “dolls”.

Goode explains that back in January she began seeking the means to transition toward a body and life more representative of true her gender identity, “Right at the beginning of the year, I decided to begin the process of hormone replacement therapy, which for those of you who don’t know, is the process of taking estrogen and testosterone blockers as a means of bringing in the woman and pushing out the man.”

After coming out as genderfluid amidst Drag Race season 12, Goode has found herself happily sliding on the gender identity spectrum, “On Drag Race, which was almost two years ago, I came out as genderfluid, which I still very much identify with,” she said. “I would say that I’m leaning more towards the non-binary side of that.” The identification of which is a personal growth she attributes to the eerily peaceful stillness of life during the global Covid-19 pandemic.

The 23-year-old drag race icon acknowledges that. “If the world hadn’t shut down,” she says, “I really wouldn’t have to process it further.” When given time to breathe and reflect on her gender identity, Goode underwent a series of revelations. Behind each revelation, Goode divulges, lies the television show Veneno and trans singer Christina Ortiz as the catalysts of queer representation that allowed her to find the groundwork for what she confidently says is, “who I’m supposed to be.”

For Goode, the 8 minute Instagram video is seemingly both an explanation to her fans and a period of reflection for herself. Like a meditative practice, Goode talks herself through the journey of her transition from January to the very present tense in which she is vulnerably recording herself at 4 days post-op facial feminization surgery. Over the span of the video, Goode is not just announcing who she is, but also seeing herself come to fruition at the same time.

The video itself is also an important tool that Goode uses to concretely lay down the law in terms of how to address her.  When coming out, she rightfully leaves no room for any interpretation other than her own,  “I do identify as a trans, non-binary person, but I prefer she/her pronouns.” And “from here on out,” Goode will go by exclusively by her stage name, Gigi Goode.