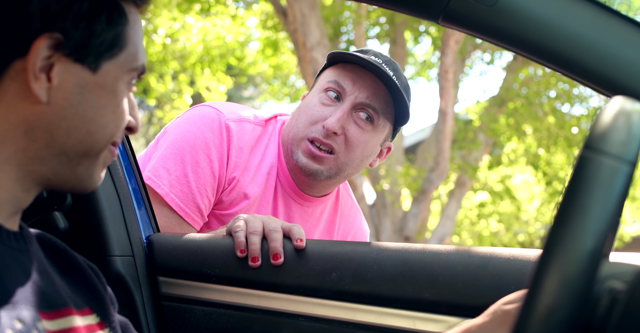 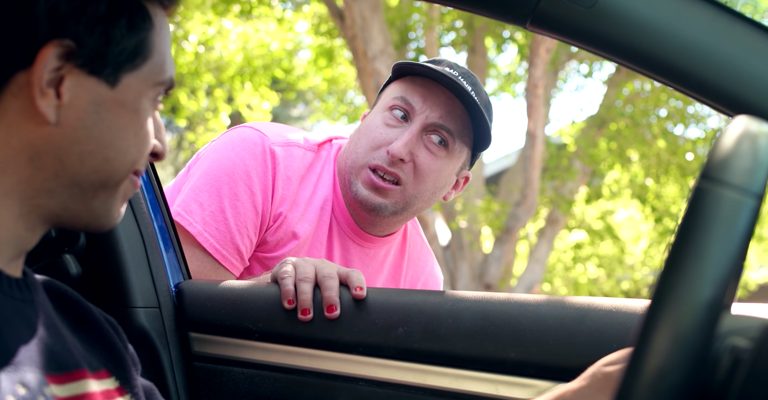 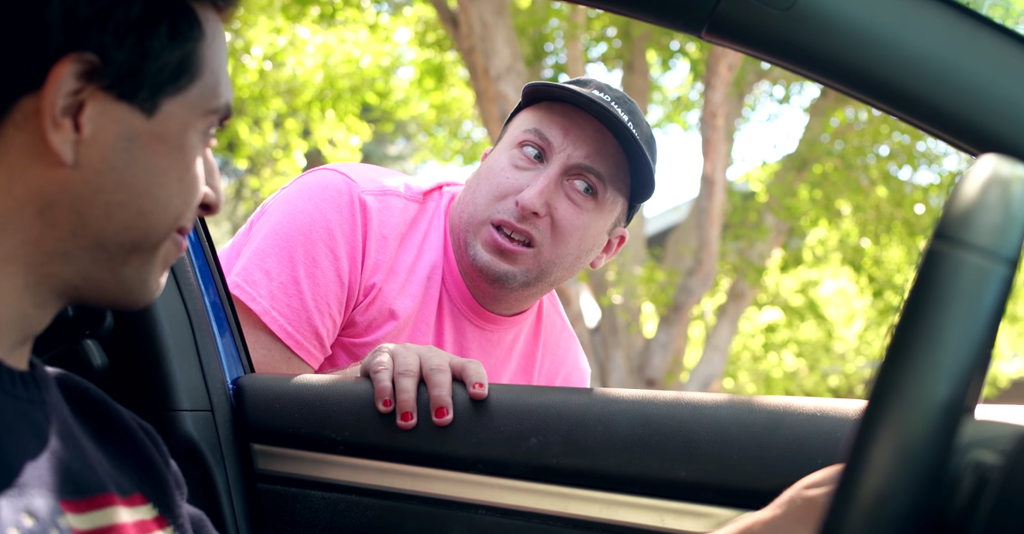 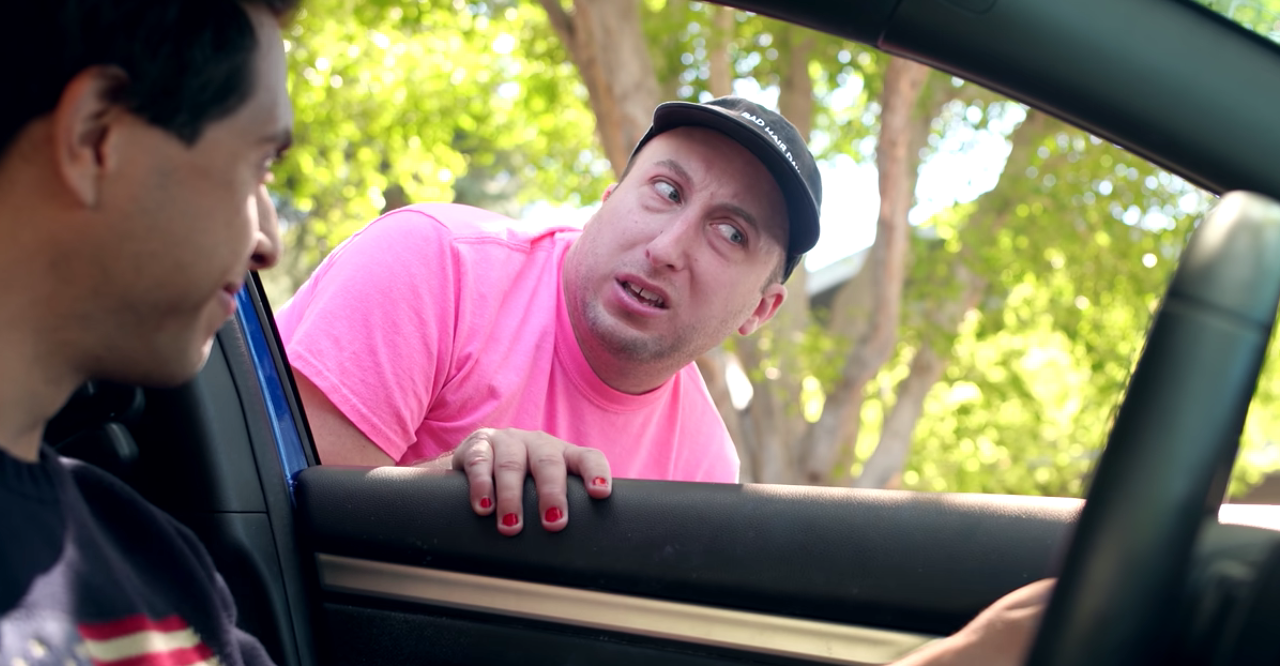 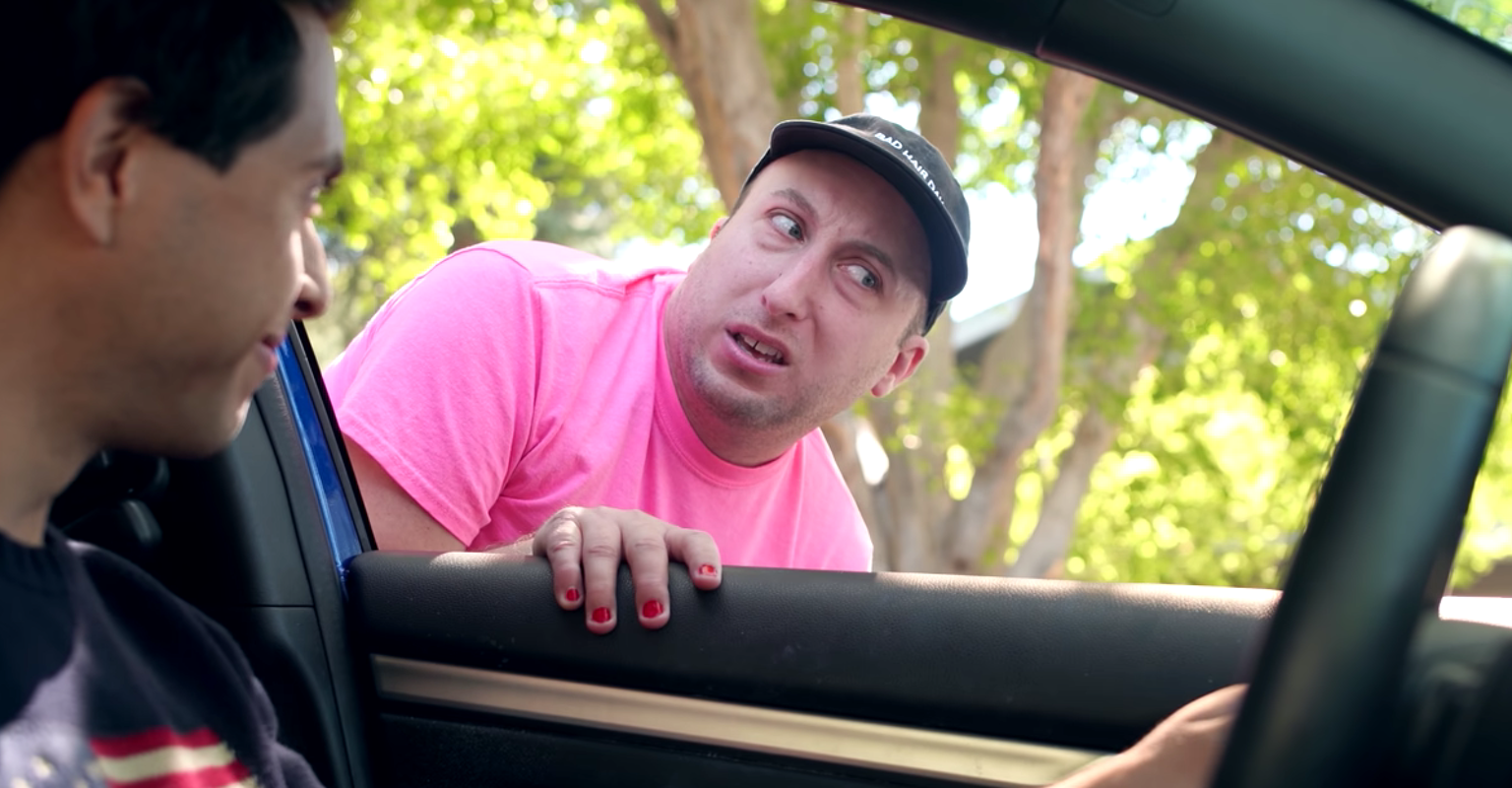 Michael Henry is an iconic YouTube creator. With series like “Dumpster Queens” and “The Journey of Being Likable,” he lampoons the gay community in LA to hilarious effect. His newest series, “Hot Homo Summer,” is all about the sex lives of gay men as they emerge from the pandemic. INTO sat down with Henry to discuss the new show, what influenced his unique style and the importance of comedy through hard times.

INTO: So, you’re currently releasing this new series, “Hot Homo Summer,” that’s all about the post-pandemic sex lives of gay men. When you were conceiving the show, what topics did you know immediately that you had to tackle?

MICHAEL HENRY: I knew I had to talk about having a dry spell. I mean, I played it safe during all of lockdown. And I think a lot of gay people did too — I mean, a lot of gay people just did what they wanted to do. But me and, I think, a large portion of gay people were being cautious, so that could take a toll on your mental health, going a long time without getting any physical loving. So I knew that that was what I needed to talk about, and how now you just feel free.

I also knew I needed to talk about people that didn’t want the lockdown to end. I know some people like that, because they got used to it, and now they have a social anxiety.

And really, I just knew I wanted to talk about getting dick! It’s like being released from prison!

INTO: I was in the same boat with you, like, dry spell energy. I was like, “Am I hallucinating this pandemic? How are people comfortable just going out and doing whatever they want?”

HENRY: Exactly. I mean, I’m not sure how other people are, but my money depended on me not being positive for COVID. So I had to play it safe and I didn’t want one 15-minute tryst off of Grindr to screw me up.

INTO: Completely! There’s a few episodes of “Hot Homo Summer” out so far — what can we expect from the rest of the series?

I think a large portion of gay people were being cautious during lockdown. That can take a toll on your mental health, going a long time without getting any physical loving. I knew that that was what I needed to talk about.

INTO: Amazing. Okay, so, you’ve been doing comedy on YouTube for years, especially about gay men. What are your favorite topics to make fun of about the gay community?

Also, people that just have a kind of vapid interest. That’s always very interesting to me. I mean, a lot of gay men, their number one priority is themself, and I find that a funny thing to draw humor from. I also like to make fun of myself, too. That’s my number one thing; I love self-deprecating humor.

INTO: What was it like trying to make comedy throughout this past year of the pandemic, when everyone is sad? Also, logistically, I’m sure filming was much harder.

HENRY: Yeah, I mean, filming was a little bit harder. Everything was filmed outside and at a distance. But honestly, it was what got me through the pandemic mentally, feeling like I had a purpose. I had to make these videos, because it makes me happy to be productive in that way. But it was harder to do. Some of my usual players didn’t feel comfortable leaving the house, so I had to sometimes use new actors. So, filming was a challenge.

Also, what I didn’t realize I was doing is really bringing a social life to people.  I didn’t realize that people were watching the videos and feeling a sense of community, like they were with their friends or that I was really bringing them much more needed joy and happiness than they normally would need. ‘Cause Zoom phone calls don’t always cut it. Watching people hang out and have fun, even though we’re doing it in a safe, filmed way that is completely manufactured and written and scripted, it comes together in a really natural way. People watch it, and I didn’t realize that they were going to feel such a sense of togetherness that they really mentally needed.

INTO: It’s great that you could provide that for them, because these things that are so silly can have really, really deep meaningful impacts on people.

HENRY: Totally. I think people really did miss kiki-ing with their friends, and watching us do it in a way that felt similar to them, I think it really did make them feel like they were having a hangout as well.

INTO: So as you were making “Hot Homo Summer,” what was it like getting back to filming a little closer to how it was before the pandemic?

HENRY: It felt great. Oh my goodness, it felt so fun to actually assemble a full filming situation. I mean, this was a big baby to birth. It took a lot of time to organize, and thankfully, so many of the actors and people involved were so eager and ready to get into the swing of doing something where we’re filming not at a park. So, it felt amazing to get back into it.

But also, I felt rusty in the beginning, to be honest. I was like, “Oh my goodness,” organizing this whole thing and filming inside — a part of me, sometimes, I even had a little stress, like, pandemic PTSD. But I was like, “You know what? This is what this is. We’re doing it the safest way possible.” I made sure every actor was vaccinated, and it felt so good to be back at it.

INTO: I’m so glad to hear that! It’s shaping up to be a super fun series, and it really showcases your campy and over-the-top style in terms of comedy and editing. What are some of your influences in that department?

HENRY: “The Golden Girls” was the number one influence for me. John Waters is a huge influence for me. “The Naked Gun” and “Airplane!” series with Leslie Nielsen, he and those series are big influences on me. I just love a mix of silly, self-deprecating and heart. To me, that is the perfect combination. If the editing could be kind of out there and ridiculous and not always make sense, but the content is funny and the people have an actual relationship and connection, to me, I draw from all of those.

INTO: Gotcha! And now, of course, with things opening up a little bit more, at least in America, what are you most looking forward to about getting back into the world?

HENRY: Other than trying to get dick, what I’m really looking forward to is seeing new people. I didn’t realize that that was something that I took for granted. I love meeting new people, and during the lockdown, I was, like, begging people to go for walks with me. I need social interaction. And now that we can see new people at the club, or at the bar — that’s what I just can’t wait for, is meeting new people. So that’s my number one excitement, other than getting dick. New dick is great!

INTO: So true! Why not both?

INTO: So, do you have any other exciting projects coming up?

HENRY: I just sold out a show in New York, stand-up, which was so awesome, getting back into doing stand-up as well. I was already kind of new to it in 2020, and having my first show on stage back being sold out in New York was amazing. So I’m going to be doing more stand-up.

INTO: Ooh, congratulations! Anything else you want to say to our readers?

HENRY: I just want to tell everybody, thank you so much for watching me and enjoying me and loving me, and I love them too!