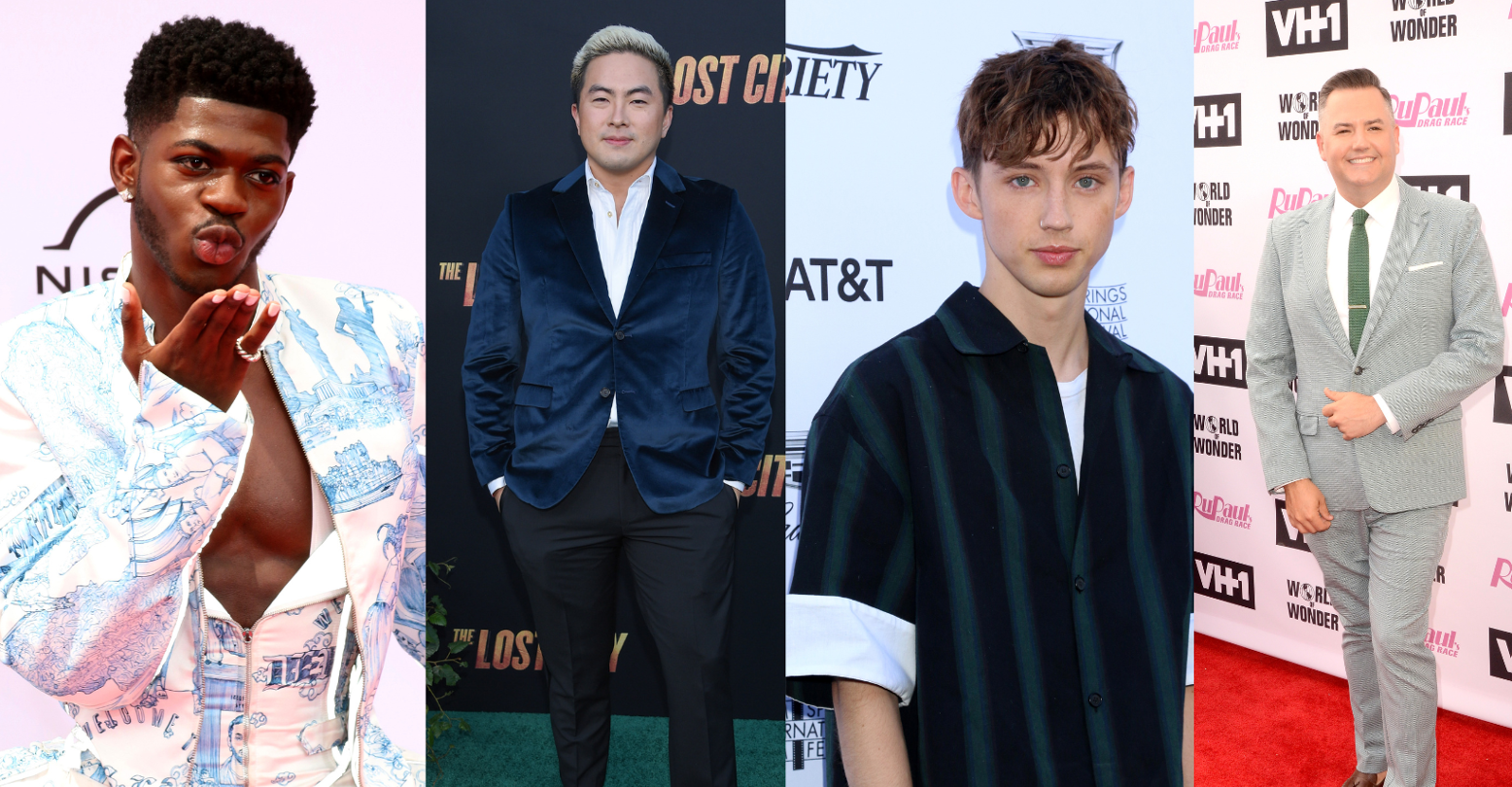 Joel Kim Booster recently participated in Netflix and Grindr’s “69 Questions” video series, and among the many personal details he revealed was an inside look at his sex life. This included his lube preferences (silicone), his dating preferences (hookup first), and his preferred position (vers). But there was nothing salacious about the interview—Kim Booster delivers his answers with a refreshing nonchalance that speaks to how normalized these topics are becoming.

Of course, celebrities are under no obligation to be public about their sex lives, but there’s something to be said about the role the media plays in deciding whether or not queer sex is a big deal. And luckily, Joel Kim Booster is not the only celeb openly embracing sex positivity.

Both of his Fire Island co-stars, Bowen Yang and Matt Rogers, are both very open about their sexual experiences on their hit podcast Las Culturistas. Yang went so far as to come out on live television as bottom during an SNL sketch with Simu Liu.

In another high profile moment, Lil Nas X referred to himself as a “power bottom” in a promotional video for his album Montero. Playing a news anchor, Lil Nas X said, “Breaking news, power bottom ‘rapper’ Lil Nas X and his caucasian friend led a prison escape this morning”—referring to the “Industry Baby” music video featuring Jack Harlow. He had alluded to being a bottom earlier in the song “Holiday,” with the line: “I might bottom on the low, but I top shit.”

We teach our bottoms to shrink themselves, to make themselves smaller. We say to bottoms, you can have ambition, but not too much. You should aim to be successful, but not too successful. Otherwise, you would threaten the top. https://t.co/0YPvH9RMKv

Another famous singer who serenaded us with his sexual proclivities was Troye Sivan. While promoting his song “Angel Baby” last year, Sivan posted a TikTok video with the caption, “Someone had to bring back juicy gushy gay power bottom ballads. I am living my gay boy gay fantasy.” Well, technically it was the automated voice that outed Sivan’s preferences.

One of the benefits of having the classic top/bottom conversation is the breakdown of stereotypes—namely that more feminine guys are bottoms whereas masc guys are tops. During an appearance on Howard Stern’s SiriusXM show, RuPaul’s Drag Race host Ross Matthews clapped back at that notion. When Stern assumed that he was a power bottom, he said, “Everybody thinks…because of the voice… Because the voice is the most feminine.” When Stern asked whether that might mean he was a power top, Matthews laughed, saying, “Not like a…I don’t, like, ‘give it.’ I’m not like, ‘come here, I gotta give it to ya.’”

Gay Twitter when it heard the hilarious Ross Matthews was a top pic.twitter.com/kGAgficd0p

These conversations are nothing new to those of us in the community, but the power celebrities wield is the ability to break through to the mainstream. So all in all, it’s about time sex positivity was given its spotlight.