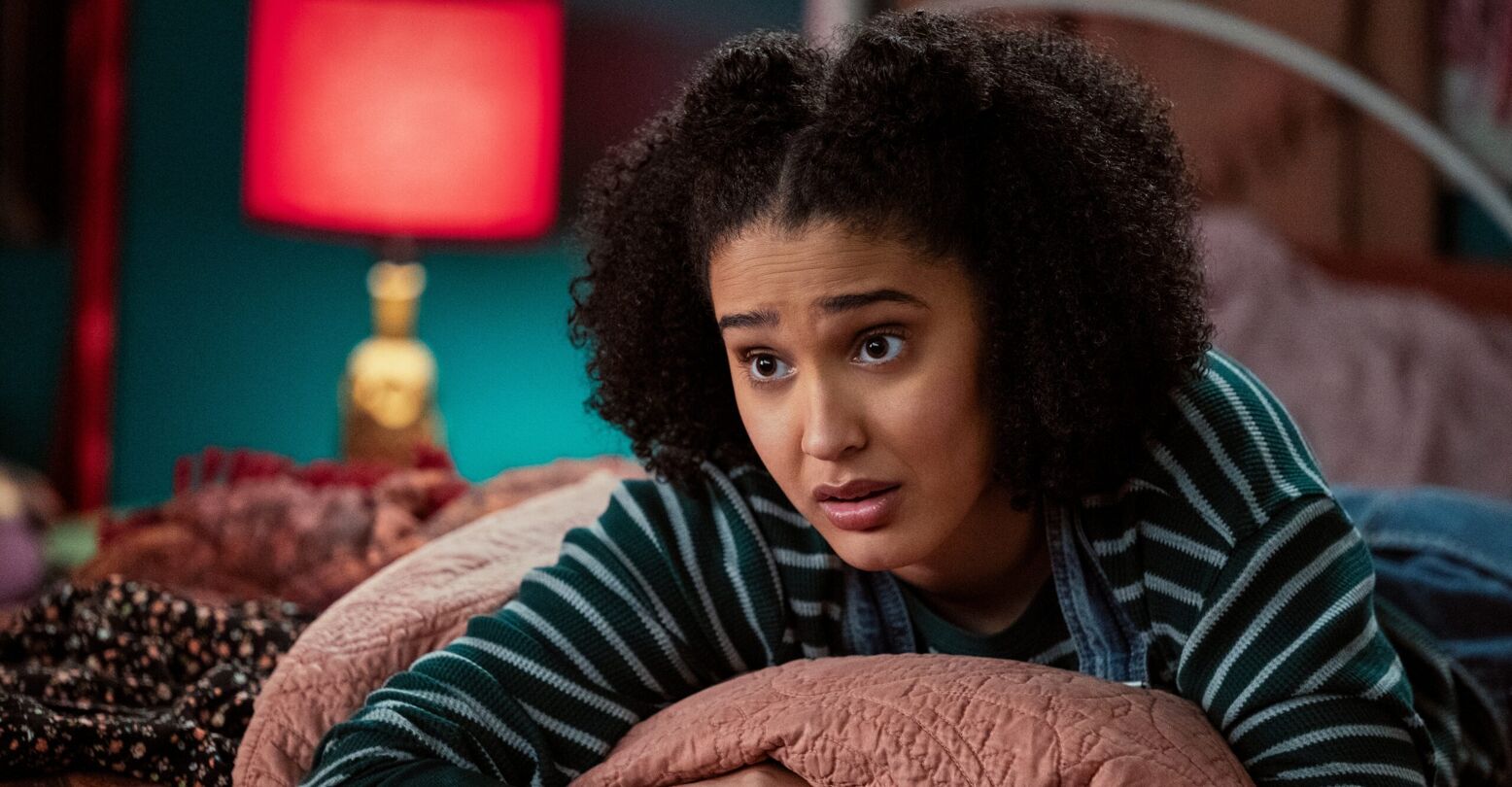 There are few shows currently on air that can make you feel heartbroken, excited, optimistic, and anxious all at once. But that’s the power of “Never Have I Ever,” the Mindy Kaling-created teen romcom series currently in its third season. Though the show revolves around the hilariously observant Devi Vishwakumar (the brilliant Maitreyi Ramakrishnan) as she navigates high school, dating, and the loss of a parent, for queer viewers, it was Lee Rodriguez’s take on queer robotics nerd Fabiola that had us coming back for more. In the first season, Fabiola comes to grips with her queerness. By season 2, she has a girlfriend and is struggling to fit into mainstream queer culture. But when season 3 begins, it’s clear that the show has exciting twists and turns in store for the fan favorite.

INTO chatted with Lee Rodriguez about bringing one of the Internet’s all-time favorite queer teens to life on “Never Have I Ever’s” ecstatic third season.

Obviously a lot of interesting and surprising things happen for Fabiola this season. I wanted to know, which was the most exciting for you to learn about?

Love it. It’s so cool to see a character that people love so much be shaped by what the fans want for her.

I’m so glad that people wanted to see Fabiola and Aneesa together. I personally didn’t even think about it. So I was like, that’s pretty cool, that’s pretty unique, I’m down with that!

Eve was great, but I feel like Fabiola and Aneesa are exploring queerness together in this really sweet way, which feels like a better fit for Fabiola.

It’s also just, high school. Like, you date so many different people in high school and normally you don’t end up with the first person you’re with. I feel like it’s just a normal high school experience. So I thought that was really cool.

Since coming out as queer, has your approach to the role has changed at all?

Well, in the first two seasons, it was more about her coming to terms with being gay. By Season 2, it’s more about her figuring out where she fits into the community. And by the end of season two, she comes to this realization that she can be a robotics nerd and still be a part of the queer community and still support the community, because there’s no one way to be queer. There’s no right way to be queer. It’s just however you feel. And I think that’s so beautiful. In Season 3, she’s just living the high school experience where she’s just dating around and finding everything out, which is great. We love that.

Obviously there’s a lot of heavy stuff going on with queer kids right now, but I feel like it’s important to have stories where it’s just queer kids getting to date and have fun too.

Yes, beyond just coming out. Because there’s more to the story after that. It’s a very important part of the story, but there’s so much more that goes beyond coming out that’s just as interesting and just as important.

There’s so much that’s sort of waiting down the line for her and so much that she gets to figure out but for now, it’s nice to see her be happy and thriving.

Yeah, not always in a state of anxiety. There’s still a little of that: I feel like Fabiola is very much awkward-anxious. Yes. But she knows who she is at that point, and I love that.

I love the moment where Paxton is telling Fabiola how to flirt with girls. Like, yes, this is the allyship we want!

That was one of my favorite moments of this season. It’s funny because they’re so opposite and they don’t have a lot in common, so that’s why it was so cool to see and even the episode before that with Ben, just seeing her having these interactions that impact these guys.

As you keep embodying the character, do you feel her becoming more confident?

I feel that with each season she grows more and more confident. And watching it all together, I’m sure you can see the growth, which is really cool.

I’m wondering if there’s anything that you’ve been told by fans, either about the new season or just about the character in general, that you’ve taken with you and that’s informed your approach to playing her.

After Season 1, I got a lot of DMs and messages from friends where it’s like “Fabiola inspired me to come out!” I feel like that’s something I’ll always carry with me. Just being that representation and being the person that makes people feel seen and inspired, it’s just really, really cool.♦

“Never Have I Ever” Season 3 is streaming on Netflix.