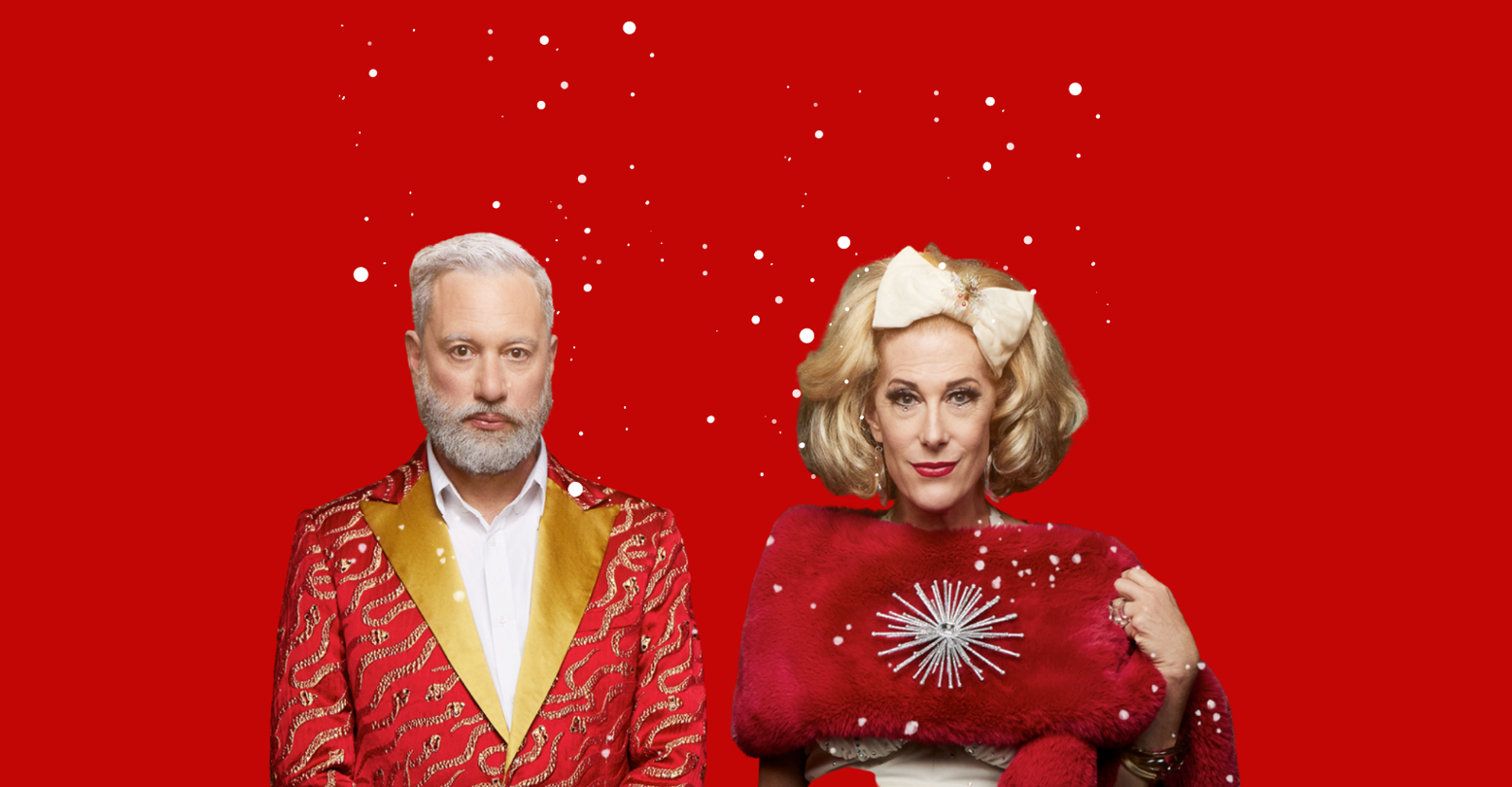 Drag cabaret legends Kiki and Herb have announced that they are reuniting for a Christmas special in New York, Kiki and Herb: SLEIGH at BAM. “Prepare yourself for sleighing belles, rabid yells, and tidings of joy from New York’s most iconic ‘nonagenarian’ lounge act,” the website teases.

In the 90s, the pair (Justin Vivian Bond and Kenny Mellman) rose to prominence in an act that combines pop, musicals, rock and theater. Performing in drag, Bond plays Kiki DuRane, a booze-fueled nightclub singer given to drunken ramblings in the middle of her act. Mellman plays Herb, her gay accompaniest on the piano. Both characters are well into their eighties, with painted-on wrinkles that are clearly visible from any vantage point in the club.

Now, after a fourteen year hiatus, the two are getting back together for what they’re calling “a big, old chosen family reunion.” Ahead of the reunion, they sat down with The New York Times to reflect on their past and look forward to what is next for Kiki and Herb.

Addressing why they’ve chosen to reunite, Bond explained how the pandemic influenced their decision: “I was feeling pretty sad last Christmas. As I started looking at what we could do as things opened up again, David sent me another email [about doing a Christmas show]. Maybe it’s not such a bad idea to get together with everybody for Christmas.”

They also gave some insight into the origin for the characters. “I created the character of Kiki during the AIDS crisis,” Bond said. “I was a young person in my 20s, a street activist. I felt like saying all the things I wanted to say as myself would sound too strident, too earnest. To have this boozed-up old person who had done it all, seen it all, I could say anything as this character.” He added: “Herb was based on this guy who worked in a piano bar that we performed at sometimes, this single guy who would drink tequila and had a picture of his cat on the piano.”

Ultimately, they had to stop performing as the nightlife scene began to take a toll on their day-to-day lives. Mellman explained: “Back in the day, we were doing late-night shows, and then going out even later because we wanted to hang out with all these amazing people. There was no balance.”

Although the show serves up plenty of antics and hilarity, Mellman explained that the heart of their act has always been the relationship between the characters. “Like no matter what Kiki does, Herb will be there,” he said. “I find that really lovely and something to aspire to in a weird way. As much as a real psychological exposé of that relationship would probably be horrifying, at the base of it is this incredible love for each other that transcends everything.”

Bond added: “My whole drive was to be this very unlovable character, whom people could not help but just love.”