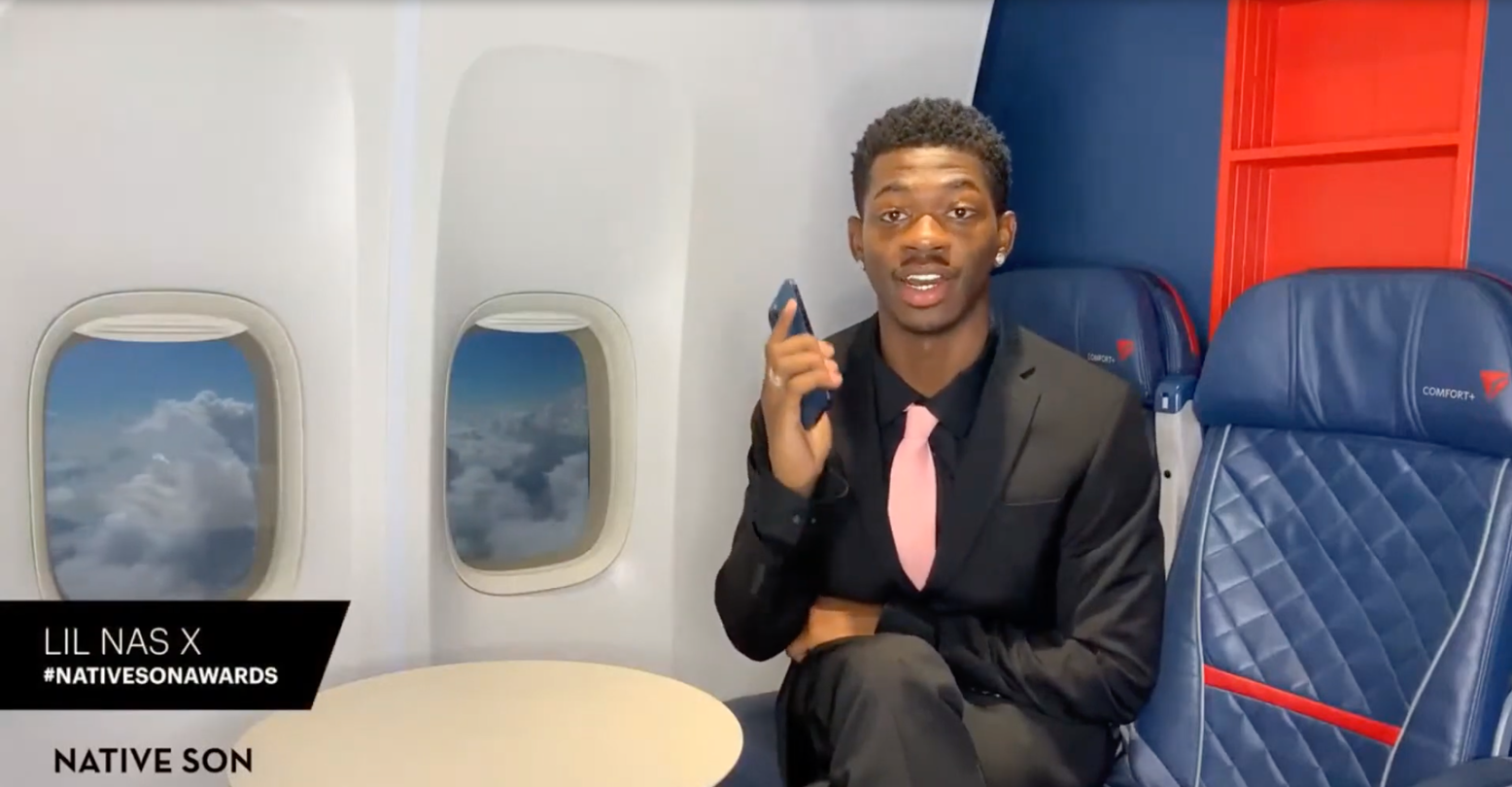 It seems like years have passed since Lil Nas X first slid down the hellbound stripper pole right into our hearts. When in fact it was actually two months ago.

It just goes to show how much the world has changed—and continues to change—every time Lil Nas X wakes up and decides to change it.

As an honoree of the Native Son Awards, which took place last Saturday, May 22nd,  Lil Nas X was at the forefront of the night’s celebration of black and queer men. The “Montero (Call Me By Your Name)” singer thanked his hosts for the night, saying: “Your commitment to amplifying and celebrating Black queer men is vital to our community and I’m humbled to be among this year’s honorees.”

In a celebration about black queer men like he proudly is himself, Lil Nas X used his speech to continue fighting for black queer youth. Lena Waithe presented Lil Nas X with the award, explaining that the artist has already “changed the world just by being himself.”

“When I came out two years ago, it was one of the scariest moments of my life,” Nas explained. “I was afraid because I knew the world was watching and all I ever saw for boys like me was judgment and ridicule.”

“But it was because the world was watching that I knew I had to stand in my truth. Far too many of our youth are struggling to find acceptance. We are taught to hate ourselves for who we are and we are punished for living openly and proudly.”

Being out and proud is a vunerable decision, and Nas acknowledged that.

“Some people say I’m pushing an agenda, and I am,”  he explained. “It’s called liberation. There’s no roadmap when you’re the first to break a barrier, and I hope that one day it’s no longer groundbreaking for queer artists to find mainstream success or win major awards. Until that day comes there is work to do and I will continue to do my part.”

Saving best for last, he thanked his fans: from those who find strength in his music to the folks simply dropping it low to “Montero” on TikTok.

The Native Son Awards marked the culmination of a truly blessed few months, beginning all the way with the legendary release of “Montero (Call Me By Your Name)” back in March. Not more than a month after the viral hit, Lil Nas X dropped his new single “Sun Goes Down.” Last week he accompanied the drop with an inspirational video of himself going “back in time” to “uplift” his younger self. All of this led up to a quite literally explosive performance on SNL in which he charmingly tore his pants while gliding around as a pole dancer.

We can’t say it enough:  Lil Nas X is the 2009 Gaga VMAS pop star the world wants and needs right now. Even if he started flopping, it’d be fashion.