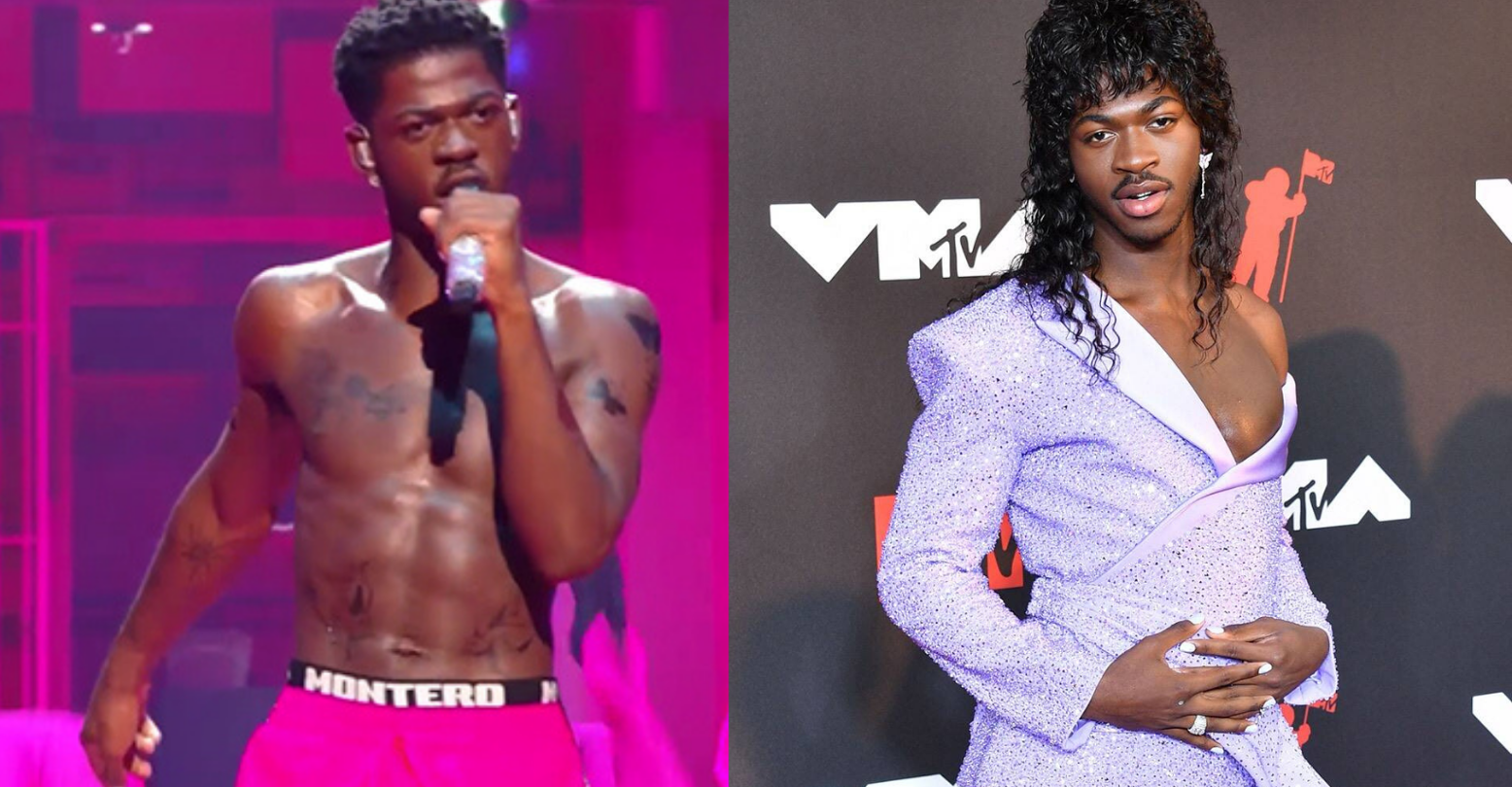 Lil Nas X was the star of the show at last night’s MTV Video Music Awards. Is anyone surprised?

The “Montero (Call Me By Your Name)” singer has been making waves in pop culture all year. He broke the Internet with his “Montero” and “Industry Baby” music videos, he got in hot water over some Satanic shoes, he made history bringing gay representation to the BET Awards — and now, he’s had another legendary night at the VMAs.

His first show stopping moment was on the red carpet, where Nas wore a head-to-toe lilac look by Versace.

The color scheme and off-the-shoulder silhouette reminded many of Lil’ Kim’s iconic 1999 VMAs look, while others saw the look as more of a Prince tribute. Either way, Nas was both referencing icons of the past and cementing himself as an icon of the present.

Is that a @LilKim tribute we spy, @LilNasX ?! #VMAs pic.twitter.com/JUNFDx2a8x

Then, Nas hit the stage for the best performance of the night. He and Jack Harlow delivered an incredibly sexy mashup of “Industry Baby” and “Montero,” with epic choreography and the trademark Lil Nas X aesthetic.

my jaw? on the FLOOR. @LilNasX just KILLED it with @JackHarlow 🔥 #VMAs pic.twitter.com/Z54jXXP2E2

It wasn’t just an amazing number, though — it also showcased an important message of HIV awareness. During the performance, Mardrequs Harris, Director of Community Investments for the Southern Aids Coalition, came onstage wearing a shirt with the number 433,816 written on the back. This represents the number of people living with HIV in the U.S. South as of 2015, which has increased since then.

.@LilNasX delivered a powerful performance at the #VMAs and shined a spotlight on the stigma that fuels HIV, especially across the South. Mardrequs Harris from @SouthernAIDSCo wore the number 433,816 in red, representing the the number of people living with HIV in the U.S. South pic.twitter.com/XNLvt9x9C7

“This experience was surreal!” Harris said in a release. “Having the opportunity to share the stage with Lil Nas X was something I never would have imagined. And to have him use his platform to raise awareness about HIV stigma is invaluable to the work.”

And this isn’t all Nas has done for HIV awareness. He recently started a “baby registry” — part of his fake pregnancy publicity stunt to promote his upcoming album “Montero” — with links to charities fans can donate to. All 13 charities on the list are part of the COMPASS Initiative, which aims to reduce stigma against HIV and AIDS.

me and my team have set up a “baby registry” for many charities if you guys would like to donate.
🦋💕https://t.co/mS7fvRsExo pic.twitter.com/7asfGJ2udG

Nas wound up with three awards from the ceremony: Best Direction, Best Visual Effects and the biggest award of the night, Video of the Year for “Montero.” As he deserves!

“Montero,” the album, drops this Friday, Sept. 17. What iconicity will Lil Nas X produce next? Who knows, but we can’t wait to find out.