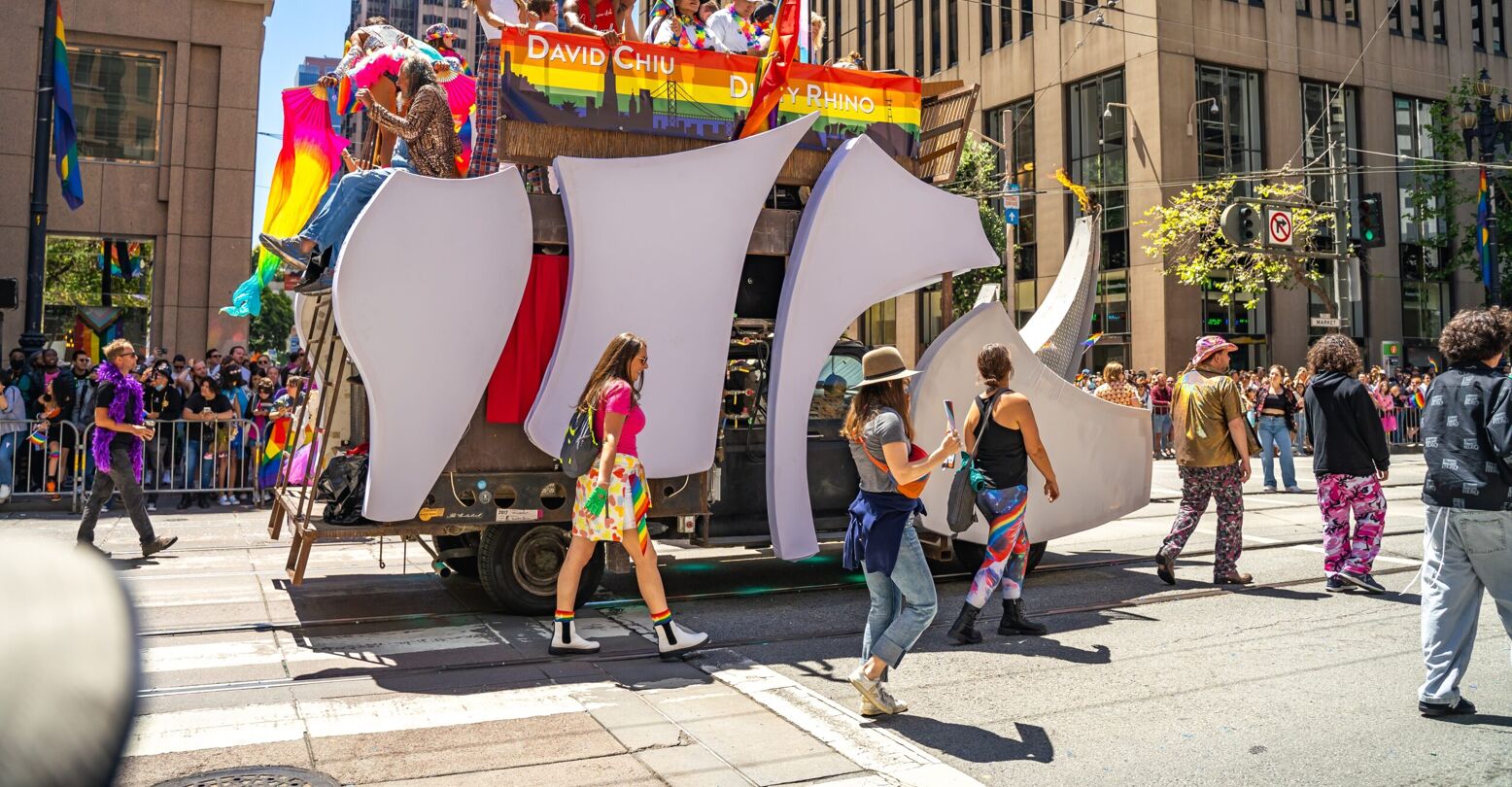 The Pride flag with its multitude of rainbow colors is the best-known symbol for the LGBTQ+ community worldwide. But not only has the flag undergone a number of changes since it was designed by Gil Baker in 1978, several flags have sprung up to represent more specific communities along the LGBTQ+ spectrum, embracing other colors.

This is nothing new, as colors have always played an important role as queer symbols, whether it is giving people a means to identify one another or a flag to rally around. Not every color catches on and some have simply lost relevancy over time. As Pride month comes to a close, da

Historically, flowers provided a basis for colors signifying queer identities. In the Victorian era, the green carnation was popularized as a symbol for gay men by Oscar Wilde, who frequently wore one on his lapel. Violets came to represent lesbian love in reference to a poem by Sappho in which she describes her lover as wreathed in a crown of violets.

Purple and lavender (cousins of violet) would go on to be incorporated into a number of other queer symbols, largely because the colors result from a mixture of pink and blue. Purple is featured on the bisexual, nonbinary, genderfluid, and intersex flags among others.

The Greek lambda symbol used by the Gay Activist Alliance in 1974 was often colored lavender. The symbol itself was chosen by designer Tom Doerr due to its ties to science, where it stands for an exchange of energy. Similarly, a 1970s Pride ad campaign in Boston used a lavender rhino. Campaigners Daniel Thaxton and Bernie Toale chose the rhino because “it is a much-maligned and misunderstood animal.”

The Purple Hand, on the other…hand, came about as a happy accident. In 1969, protestors from the Gay Liberation Front demonstrated outside the offices of the San Francisco Examiner due to a slew of articles attacking queer bars. The employees responded by dumping printer ink onto the protestors. Rather than being deterred, the protesters marched, slapping their ink-stained purple hands all over the city.

Purple would also become the official color of Spirit Day, created in 2010 to raise awareness of anti-LGBTQ+ bullying. In this case, the color is a reference to the purple stripe on the Pride flag, which stands for “spirit.”

The asexual community, meanwhile, has embraced the color black. A black ring (known as an ace ring) worn on the traditional wedding ring finger became popular as a means of self-identification. Additionally, ace playing cards have also become symbol for the community both because of the ring and as a pun on the shortening of the word “asexual.”

Finally, in 2009 a white knot was selected to represent marriage equality, white being the color for weddings and a knot referencing the phrase “tie the knot.” Designed by Frank Voci in response to California’s Prop 8 (which made same-sex marriage illegal), the knot found its way onto the lapels of a number of celebrities, showing up during the Grammy, Spirit, and Academy Awards.