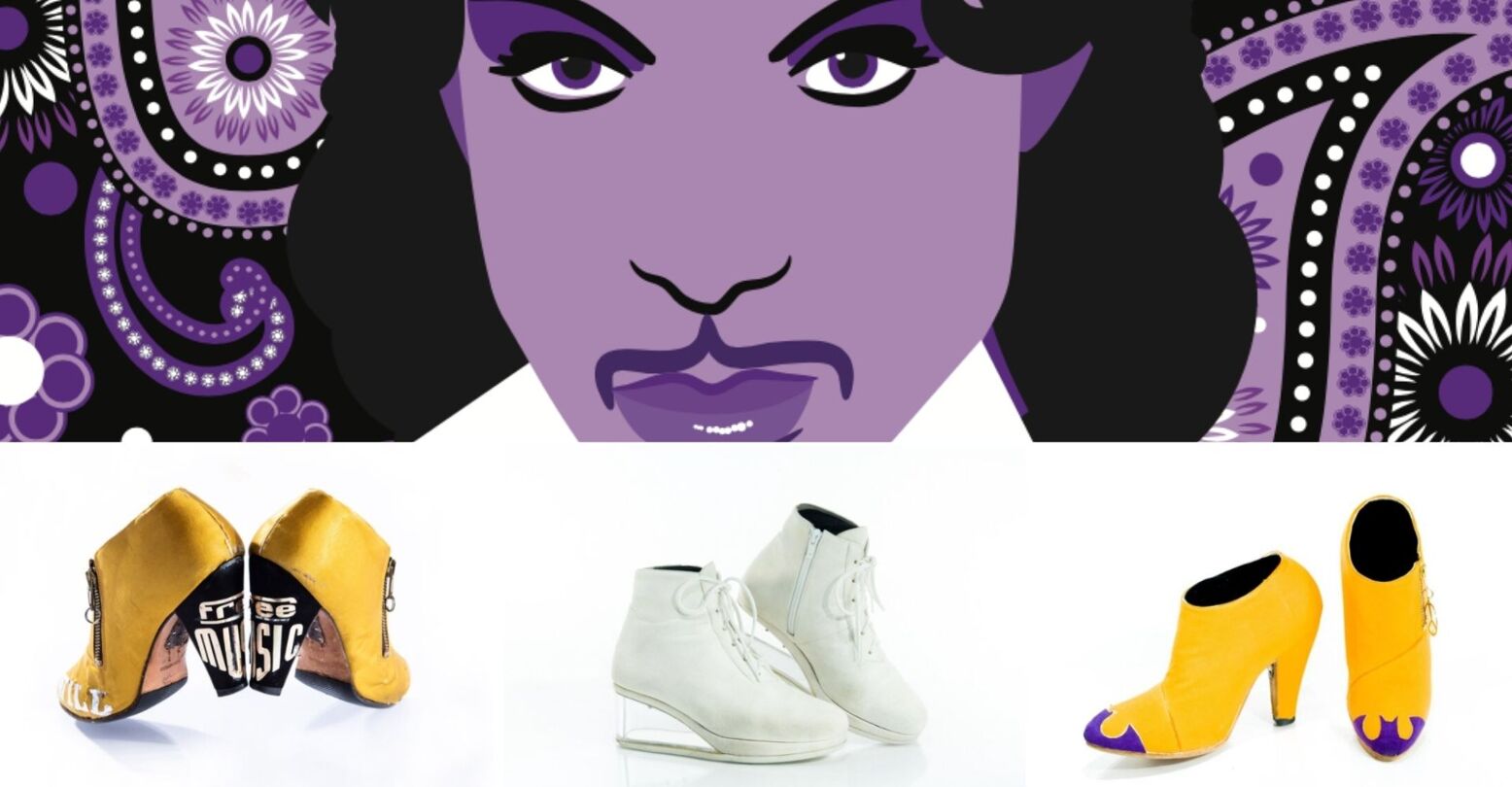 Shoe fanatics rejoice! One of the world’s most iconic collections of shoes is now on display. That’s right — Prince’s heels are taking center stage.

The shoes are not only gorgeous in their own right, but reflect Prince’s career through scuffs, drips of candle wax and even friction burns from his legendary dancing.

“If there’s a stain or a scuff mark, that should remain on the shoe,” Mitch Maguire, the curator of the exhibition, told the New York Times. “That’s part of its history.”

“The Beautiful Collection” is a limited engagement at Paisley Park, but it’s unclear how long it will be on display. Tours of the collection are also limited to 15 minutes. We can expect future iterations of the show — more than 900 additional pairs of Prince’s shoes were discovered at Paisley Park, which Maguire says he hopes to exhibit over time.

Prince’s shoes are a masterclass in innovation and engineering in fashion. Because of his iconic dance style, the high priest of pop required reinforced heels for his arena shows, which used metal braces bolting the heel to the sole. Even so, his shoemakers were always scared for the fate of their creations.

“There were moments when my heart was in my mouth,” said Cos Kyriacou, one of Prince’s designers, in an interview shown at the exhibition. “He was a relentless performer.”

The shoes are also, of course, simply stunning, and a key component of Prince’s high fashion looks. His outfits were often constructed from a single fabric, shoes included, which meant Prince’s team went to fashion extremes to create his wardrobe.

“Normally you purchase fabric by the yard,” said Gwen Leeds, one of Prince’s stylists in the ‘80s and ‘90s. “In the purple world, it was done by the pound.”

It’s exhilarating to have a new glimpse into Prince’s world since his tragic death in 2016. Hopefully, the exhibit will someday tour so fans outside of Minnesota can experience the magic in person. But until then, we can rest easy knowing the legacy of Prince’s shoes has definitely started off on the right foot.